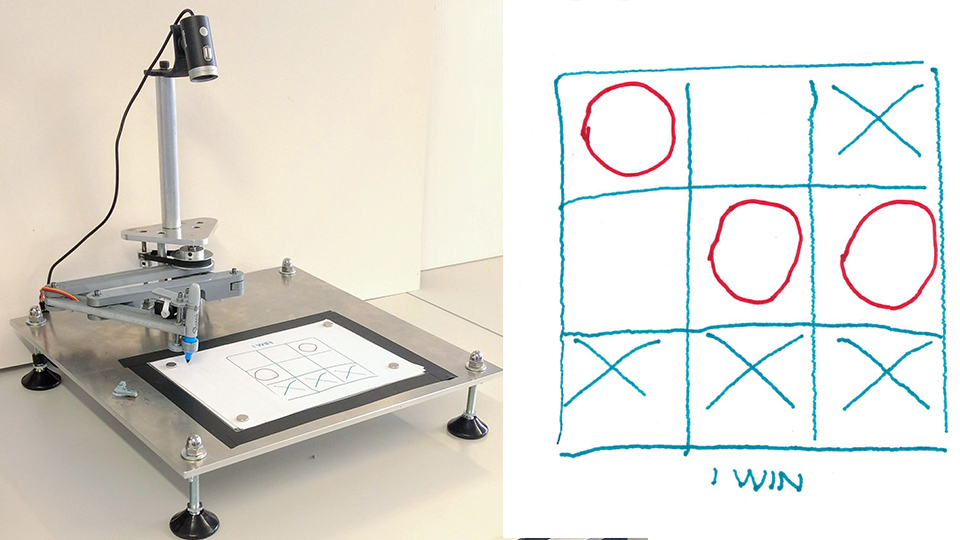 A Loughborough University student has won a sought-after award for creating an intelligent robot that can play – and never lose – noughts and crosses.

Leah Edwards, who studies MEng Mechanical Engineering, has had her academic work ranked as one of the ‘Top 10 Student Design Projects in Europe’ by National Instruments – whose software-defined platform LabVIEW accelerates productivity, innovation and discovery.

It has the technology to be able to ‘see’ and understand a noughts and crosses board, using a mounted webcam and software that identifies the user’s moves.

Leah has designed the robot to even recognise variations of an ‘O’ shape due to differences in handwriting.

She has also used a ‘minimax algorithm’ to ensure the robot can never lose – it can only win or draw.

Through this method, the robot considers almost 20,000 future boards in its first turn.

It beats users 97% of the time when it plays first, and wins 80% of games when it goes second.

At worst, the game will end in a draw if both the robot and the human opponent play perfectly.

Leah discovered the ‘fork’ method was the best strategy for the robot to adopt in order to win (see image below). 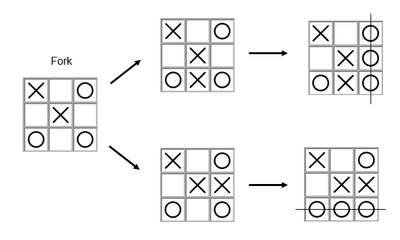 Discussing how it felt to have her project named as one of the top 10 designs, Leah said: “I was thrilled to hear that my project had been selected by National Instruments.

“The process of designing my unbeatable noughts and crosses robot was extremely fun, so receiving this award was really the icing on the cake.”

Project supervisor Tony Sutton, from the School of Mechanical, Electrical and Manufacturing Engineering, added: “Last year, I drew up a Part C project [set a brief] specifically for Leah.

“She was incredible and had such a great work ethic. We ended up with a fully working noughts and crosses playing robot that we now demonstrate on Open Days.”

More information on how Leah created the robot can be found here.