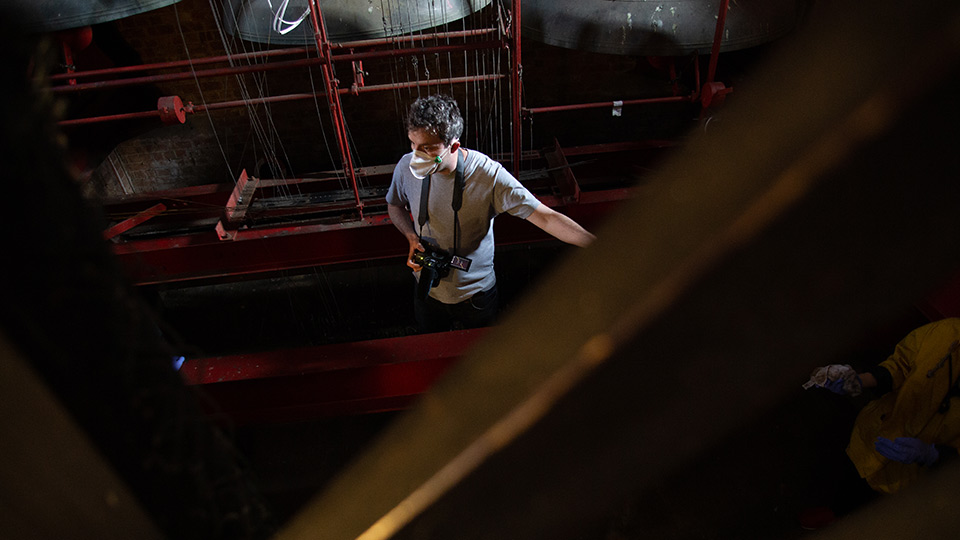 An artist has captured different sounds and images of Loughborough’s most famous landmark as part of a project that explores how music makes place and place makes music. 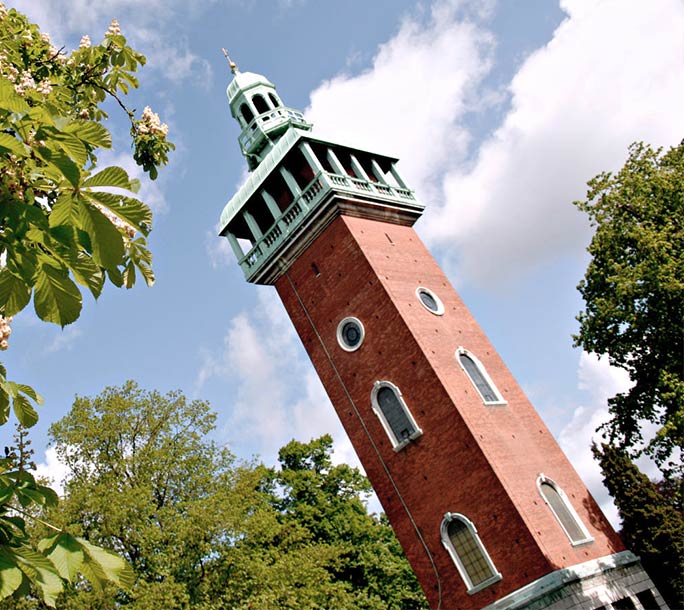 Later this month, Sam Belinfante will showcase the audio-visual installation he has created of the Carillon Tower inside the iconic building, which is undergoing a £282,000 conservation project.

Sam is one of three artists that have developed work as part of (re)composition – an ambitious programme of musical, artistic and geographic exploration that looks at music’s ability to transport listeners to new worlds.

(re)composition was commissioned by Radar, the University’s contemporary art commissioning programme, which invites artists to respond to and collaborate with academic research.

It draws on the work of Dr Allan Watson, of the University’s Department of Geography, and has expanded to engage with research across the Social Sciences.

The Radar artists were asked to use Loughborough as a starting point to consider the ways in which music, sound and listening contribute to our sense of place.

Sam, who combines filmmaking, photographic work, curating, sound and performance, chose to explore the Carillon Tower and spent a weekend recording there whilst it was undergoing conservation work.

Although the Carillon is an iconic musical symbol of Loughborough, Sam decided to focus on the quiet caring processes that are integral to all musical performances, instruments and the maintenance of a place’s identity.

Sam organised a cleaning session in the tower along with volunteers from the Carillon Museum and students from Loughborough and Leicester universities. 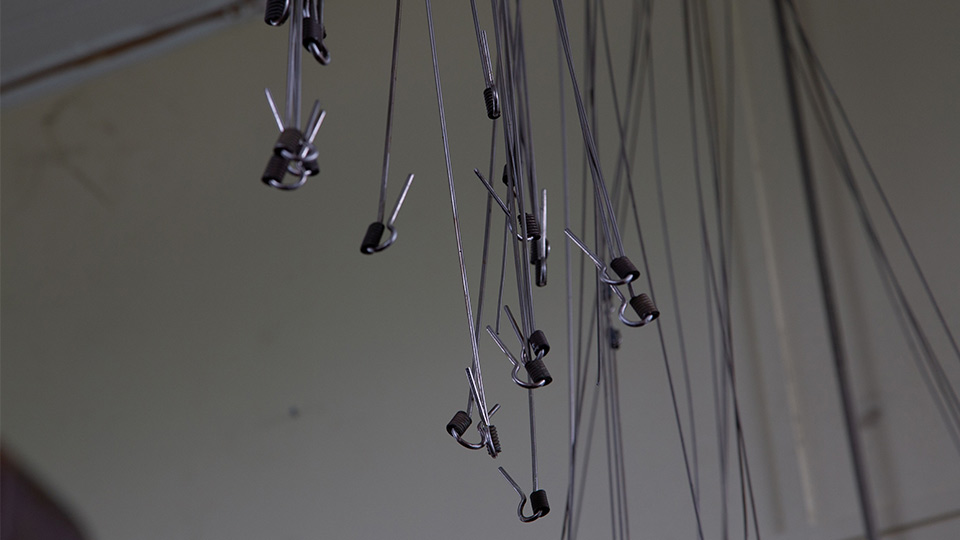 He filmed and recorded the clean and used this material - plus footage from John Taylor Bell Foundry where some work to the Carillon’s clavier and bells was carried out – to create a unique piece of art.

Sam’s installation, titled ‘To the tintinnabulation that so musically wells’, considers the processes of ageing as markers of time passing – a resonant issue for thinking through and about sound as a medium.

The word ‘tintinnabulation’ was coined by Edgar Allan Poe and describes ‘the lingering sound of a struck bell’.

Informed by the concept, Sam’s installation explores the subtle but constant processes of decay that touch the Carillon and the people and objects around it.

His work documents the efforts and actions taken to extend the life of the bells and it shows the bells in a quiet, dormant state against the contrasting bustle of conservation.

It celebrates the small acts of care while reflecting on the impossibility of reversing material decay.

Commenting on the project, Sam said: “From the moment I set foot in Loughborough, I was seduced by this iconic structure and knew I had to work with it.

“On spending time there, I became fascinated and inspired by the multitude of volunteers and practitioners from different fields that care for it.

“This piece is an attempt to capture their sounds and presence in the gaps before and after the Carillon’s conservation and eventual resonance.” 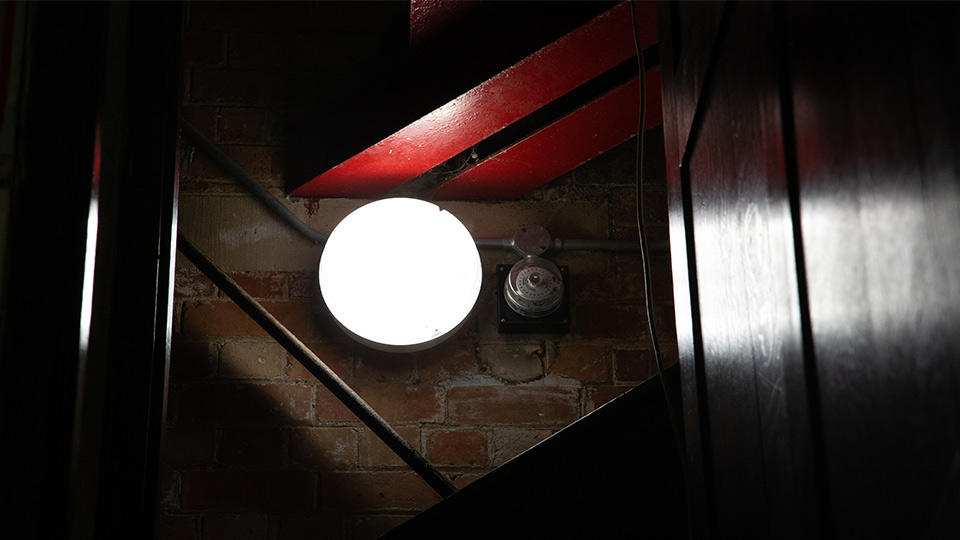 Sam’s installation film will be presented in the Carillon Tower from 27-28 October and 2-4 November, 11am-4pm.

It will be shown on the ground floor before the internal works are completed and therefore capturing the atmosphere of the conservation project.  The event is free to visit.

Nick Slater, Director of LU Arts – Loughborough University’s arts programme that oversees Radar, commented: “LU Arts is proud to have been part of this project.

“The work is inspired by the current conservation of Loughborough’s most well-known landmark capturing small elements of this process, and turning them into a beautifully presented sound and film installation that will take over the ground floor of the Carillon.”

More information on (re)composition can be found on the Radar website.

The Loughborough Carillon conservation project is being carried out by Charnwood Borough Council. The Tower will form part of commemorations to mark 100 years since the end of World War I on 11 November. The museum inside is usually open during the spring and summer and is due to reopen next year.