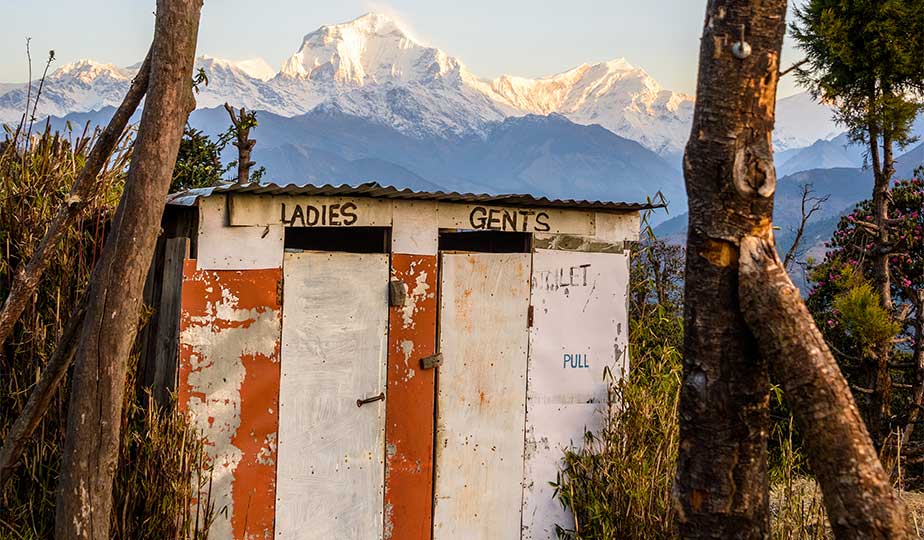 The World Health Organisation has recognised a collaborative study on transgender-inclusive sanitation that features research undertaken by Loughborough University academics.

The specialised agency of the United Nations recently published its Guidelines on Sanitation and Health and within it cites a paper titled Transgender-Inclusive Sanitation: Insights from South Asia, which argues for non-exclusion of transgender individuals from accessing public toilets.

Transgender-Inclusive Sanitation: Insights from South Asia is a preliminary study that looks at how existing initiatives can be adapted and improved to include transgender people in sanitation programming.

The project was led by a team of 20 community activists – including WaterAid, WSSCC and Practical Action – and scholars from Loughborough University and the University of Sussex.

Dr Rohit Dasgupta, Programme Director and Lecturer on the Global Communications and Development programme at Loughborough University London, and Dr Julie Fisher, of the School of Architecture, Building and Civil Engineering and the Water, Engineering and Development Centre (WEDC), were part of the study project and are listed authors on the paper.

Transgender people in South Asia face a number of inclusivity issues including access to toilets, transphobia and lack of funding for sanitation-related projects.

The study looked at three case studies – one in Nepal and two in India – based on experiences of running transgender-inclusive programmes.

Dr Dasgupta worked on a case study in India with colleagues from the University of Sussex and the not-for-profit organisation Varta Trust, while Dr Fisher played a key role in information management and making links between those working on LGBTQ rights and those focusing on water and sanitation issues.

The project team found that transgender people in South Asia encounter a range of obstacles in accessing safe and dignified sanitation and suggest in the paper a series of recommendations for those designing inclusive sanitation-related projects.

The paper also highlights how discussions are needed on whether to prioritize segregated facilities (men/women/third gender) or instead provide gender-neutral facilities.

It concludes that it is essential in all cases to work with transgender people themselves to understand their realities and requirements and then design the most appropriate sanitation solution for their particular context.

The World Health Organisation (WHO) report references the study in its section titled ‘Investigating the issues around sanitation and gender’ and highlights the need for further research in the area.

“The need to ensure non-exclusion from toilet access and use on the basis of gender, and to explicitly accommodate all binary and non-binary gender identities, is increasingly recognised in sanitation programmes and literature (Benjamin & Hueso, 2017; Boyce et al., 2018); however, social and operational participatory and inclusive research is needed to guide laws and standards that support universal access for all genders, particularly with regards to toilets in institutions, workplaces and public places and in LMICs [low and middle-income countries].”

Dr Dasgupta commented: “I think when we came together to do this initial research and write the subsequent article we knew this was very preliminary/introductory stuff, especially given the lack of literature in the field – in fact, most research done on trans issues in South Asia do not address issues of sanitation and most programmes on sanitation are not trans-inclusive.

“It was thus quite a surprise to find out that we had been cited in the latest WHO report on Guidelines on Sanitation and Health.

“I think it really puts a spotlight on the kind of high-quality interdisciplinary research being conducted at Loughborough and also highlights trans-inclusive issues in South Asia which have received little critical attention.”

He continued: “Leaving no one behind means we need to make WASH [water, sanitation and hygiene] programmes and initiatives transgender-inclusive, and this is especially relevant in relation to public and community toilets.

“Our learnings offered some practical approaches and principles that can help WASH practitioners to better meet the requirements and aspirations of transgender people in relation to sanitation.”

Transgender-Inclusive Sanitation: Insights from South Asia can be read here and a PDF of the World Health Organisation Guidelines on Sanitation and Health report can be found here.