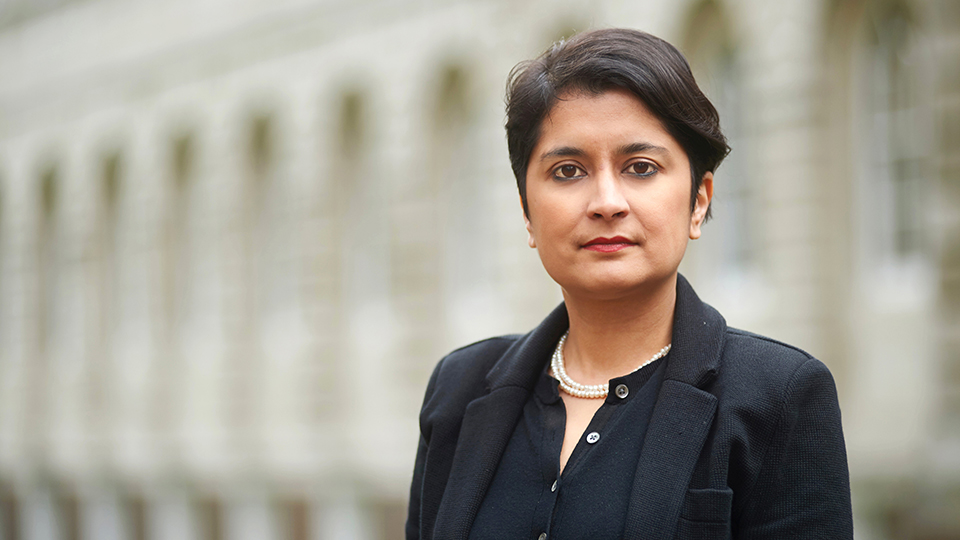 Loughborough University will welcome Baroness Shami Chakrabarti on campus later this week as she is to lead an exciting public lecture on gender equality.

The talk, titled ‘Gender Equality: 100 Years on from the Representation of the People Act, where are we today?’, has been organised by the University in partnership with Equality Action -   a Loughborough-based charitythat promotes equality, diversity, dignity and respect through inclusion.

Taking place on Thursday 15 November, the lecture in the Edward Herbert Building will be followed by a Q&A with Shami, and include introductory comments from Stuart Brady, the Labour Prospective Parliamentary candidate for Loughborough.

Shami Chakrabarti is the Shadow Attorney General and a member of the House of Lords.

Probably most well-known for her time as Director of Liberty from 2003-2016, she was also a prominent member of the Leveson Inquiry panel in 2011.

Originally trained as a lawyer, she worked in the Home Office from 1996-2001 for Governments of both persuasions.

In 2005, she also received an honorary doctorate from Loughborough University.

Rev David Featonby, Chair of Equality Action, commented: “We are delighted to partner with Loughborough University on the importance of feminine equality - both historically and in the present times of uncertainty and divisiveness - by inviting Baroness Shami Chakrabarti to speak on Gender Equality.”

Stuart Brady said: "At a time where our liberal values are being challenged at home and abroad, it's fantastic to welcome Shami to Loughborough to speak at the University. She has been and will remain one of the most persuasive and powerful voices for liberty and equality we have."

The public lecture will take place from 6:30pm in Room J.1.04 in the Edward Herbert Building at Loughborough University. For more details, and to book your place, visit the dedicated event webpage.