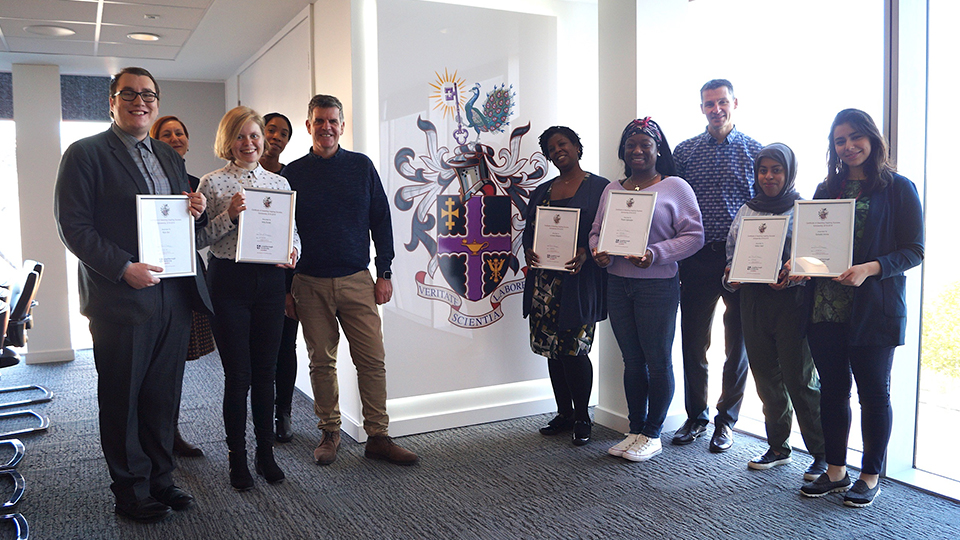 The students have all been awarded scholarships that cover their tuition fees to study a postgraduate degree at the London campus as a result of completing the Inspiring Success programme over the summer.

The first part of the programme gives graduates the chance to reflect on their skills, build an understanding of the employment options available, and develop a network of useful contacts to help them in the next stage of their career through a series of workshops and events.

The second part of the initiative encourages those that have taken part in the Inspiring Success training and events to apply for one of the scheme’s scholarships that covers all tuition fees to study for a master’s degree at Loughborough University London.

Now in its fourth year, Inspiring Success has provided training and support to more than 100 people in the local community and 36 students in total have been awarded subsequent scholarships to study at Loughborough University London.

Selsabil Amine from Tower Hamlets is one of the nine scholarship students from this year’s Inspiring Success programme.

Of her experience, she said: "The Inspiring Success programme was more than about gaining new skills or meeting brilliant new people over five weeks. It was about solidifying the idea that east London residents have as much capacity and drive for success as everyone else.

“That is why the Inspiring Success scholarship is so important to me: it doesn't just reward past achievements but believes that, with the right resources and direction, such achievements are merely the beginning."

Professor David Deacon, Dean of Loughborough University London, says the scholarship is a “real win for us on campus”.

He explained: “We get a great group of talented students who make a tremendous contribution to our learning community on the Queen Elizabeth Olympic Park, and those that take part then invest the skills they gain back into east London.

“It is a true testament to the universities commitment to be part of the community here in east London.”

Ben Cole, Stakeholder Development Manager, added: “Inspiring Success is an absolute privilege to be part of.

“Every year a diverse and talented group of people come into our building and shine a light onto what the real legacy of the London 2012 Olympic and Paralympic Games can be.

“We are very grateful to our supporters, the London Legacy Development Corporation and now the Peter Cruddas Foundation for enabling us to sustain this work.”

More information about the Inspiring Success programme can be found on the dedicated webpage and in the video below.