Could physics be the answer to understanding the destructive growth of toxic algae? 9 November 2018

A team of physicists has taken the first step for better understanding the growth, movement and spread of toxic algae which kill large numbers of marine life around the globe. 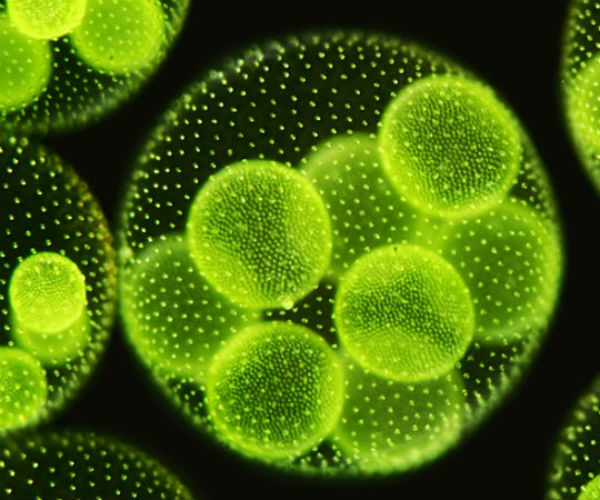 Volvox form spherical colonies of up to 50,000 cells and live in a variety of freshwater habitats

The theoretical work looked at the interaction between algae movement within colonies and the natural ebb and flow of large bodies of water.

A 3D computer model was created to map the movement and density of one colony and found that the mild turbulence combined with the tiny swimming motions of individual algae resulted in periodic dense patches throughout the algae colony.

It is during clustering, in the areas of 'patchiness', that the algae might be more likely to mate and therefore the more patches there are - rather than a smooth, uniform distribution - the faster a colony would grow and spread.

Understanding how harmful colonies thrive in marine and freshwater environments is important for conservation and the fishing industry and is crucial for understanding algal ecosystems more widely.

It is also important as some species of algae are also toxic to humans and animals. 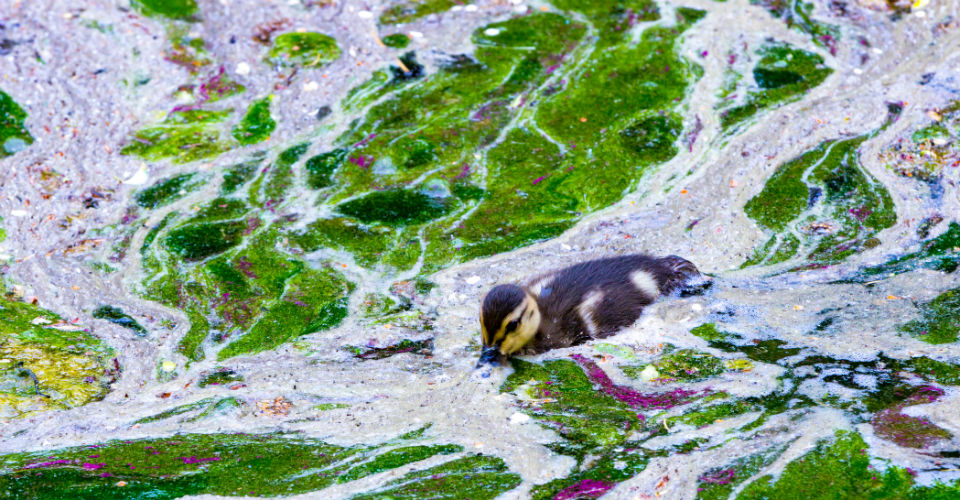 Dr Marco Mazza, a lecturer in applied mathematics at Loughborough University, said: “Sailors have known for millennia that periodically the seas appear of unusual colour and can even turn red.

“These large swaths of colours stretching for tens or hundreds of kilometres are caused by countless microscopic organisms called phytoplankton.

“These are microscopic algae that use sunlight to produce energy.

“They are the base of the marine food chain and produce 50 percent or more of the oxygen in the atmosphere.

“Recent observations found that swimming phytoplankton species have a patchy spatial distribution down to the millimetre scale in oceans and lakes.

“This is rather surprising because it goes counter the intuitive expectation that the mild turbulence – ubiquitous in water bodies – should mix the microorganisms and spreads them rather homogeneously.

“In our work, we have identified that mild turbulence can subtly influence the swimming of phytoplankton and push to form dense patches.

“Our work paves the way to the understanding of how algal blooms arise and grow.

“The physical mechanism that we uncovered helps to understand for example how atmospheric phenomena can trigger an algal bloom.” 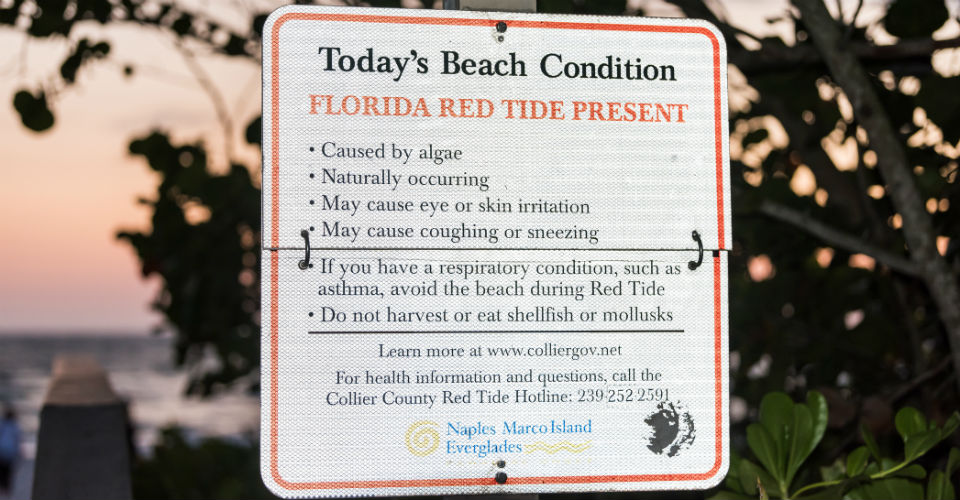 Around 90 percent of toxic species are mobile and thrive in areas high in pollution.

Polluted water upsets the natural equilibrium between co-habiting algae species, which under normal circumstances would self-regulate, allowing the toxic variety to thrive.

The research, Emergence of phytoplankton patchiness at small scales in mild turbulence, has been published this week in the journal PNAS: Proceedings of the National Academy of Sciences of the United States of America.