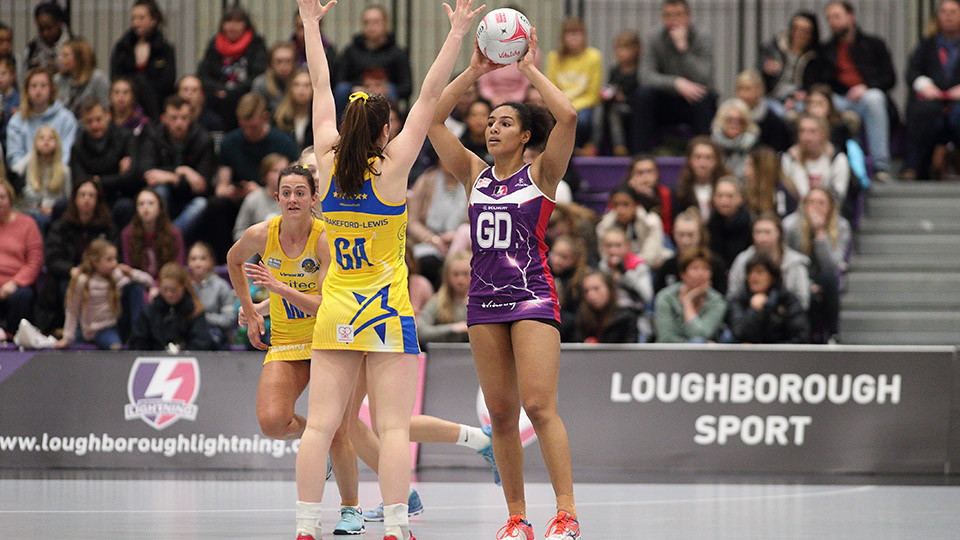 Residents of Loughborough can watch some of the best young sporting talent in the country at a discounted rate thanks to a new exclusive ticket offer from the University.

The community ticket offer will see a 50% discounted rate applied to a range of sporting fixtures on the University campus, including international events and top-level leagues.

The Loughborough Lightning netball team currently compete in the Vitality Netball Superleague and have done since its inception eleven years ago. In the past two years, Lightning have made it to two consecutive Grand Finals, topping the table in 2017 and being crowned British Fast5 All Stars Champions.

The Loughborough Lightning women’s rugby team compete in the Tyrrells Premier 15s. Last year was the inaugural year of the competition. The Lightning team - who boast a number of international players such as England Red Roses captain, Sarah Hunter - finished fifth in the table.

Loughborough Men's Rugby team compete in RFU National One, the third tier of English rugby. They compete against well-known teams such as Rosslyn Park, Sale and Blackheath.  Former players have gone on to secure international careers, including Henry Pyrgos for Scotland and Alex Davis and Phil Burgess for England Sevens.

The Loughborough Lightning team is the number one women’s T20 side in the East Midlands.  The team has competed in the KIA Super League since its inception three years ago and they have made to two finals days. Many of the Loughborough team boast international cricket caps.

The offer applies to tickets booked online only.  To qualify for the discount, please quote 'residents50' at the checkout.