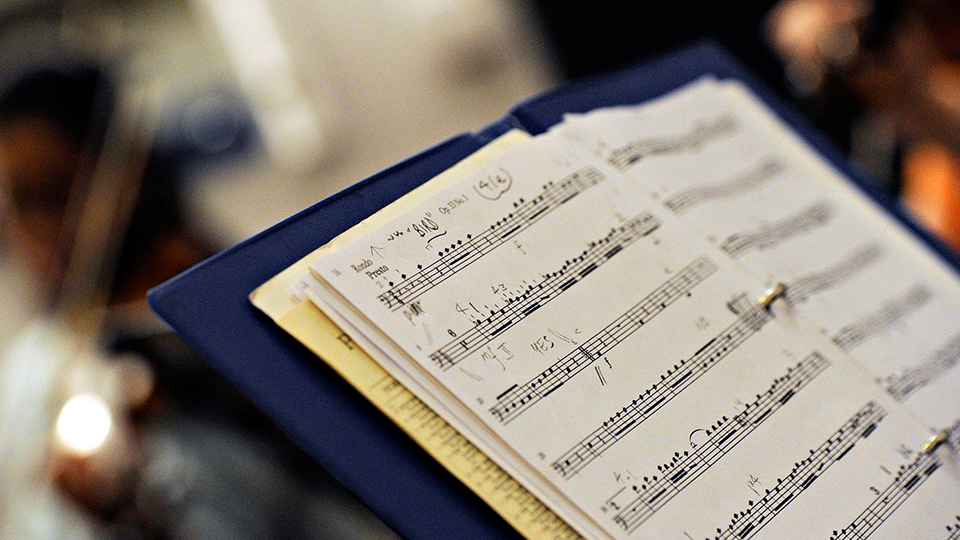 Two Loughborough students that have been awarded prestigious music scholarships will be taking to the stage next week.

On Wednesday 9 May, brass musician Ben Abbott and vocalist Daniel Moss will be performing a varied programme at Cope Auditorium, Loughborough University.

The talented students are this year’s winners of the LU Arts’ music scholarship and will be performing the following programme:

Ben and Daniel had to go through a process of applications and auditions against fellow students to secure the scholarships, which will see them receive £500 each to further their musical skills.

From a young age Ben grew up with brass music, with his family members being part of brass bands.

At the age of 10 he began to play the euphonium and passed his Grade 8 exam three years later. He went on to win contests in youth and senior competitions and has even performed at the Royal Albert Hall.

Vocalist Daniel has performed with various choirs and, after joining the University, he became a member of the Loughborough Stage Societywhere he landed his first musical role of Link Larkin.

He has since been involved in numerous productions and recently started singing lessons through LU Arts.

The ‘Music Scholarship Concert 2018’ starts at 1pm. It is open to all and is free to attend, there’s no need to book.

Commenting on his scholarship experience, Ben said: “Music is a significant part of my life. It has helped to shape me into the person I am, has taught me self-discipline whilst developing my confidence and self-belief. It has brought me many valued friendships and created life-long memories.

“I am honored to have been awarded the Loughborough University Music scholarship and look forward to entertaining you!”

Daniel added: “It’s such an honour and privilege to receive this scholarship.

“As someone who has never had lessons before I’m extremely thankful to Jenny Saunders for her tuition, she has helped me become much more confident as a performer.”

For more information on the concert and other upcoming arts events, visit the LU Arts website.