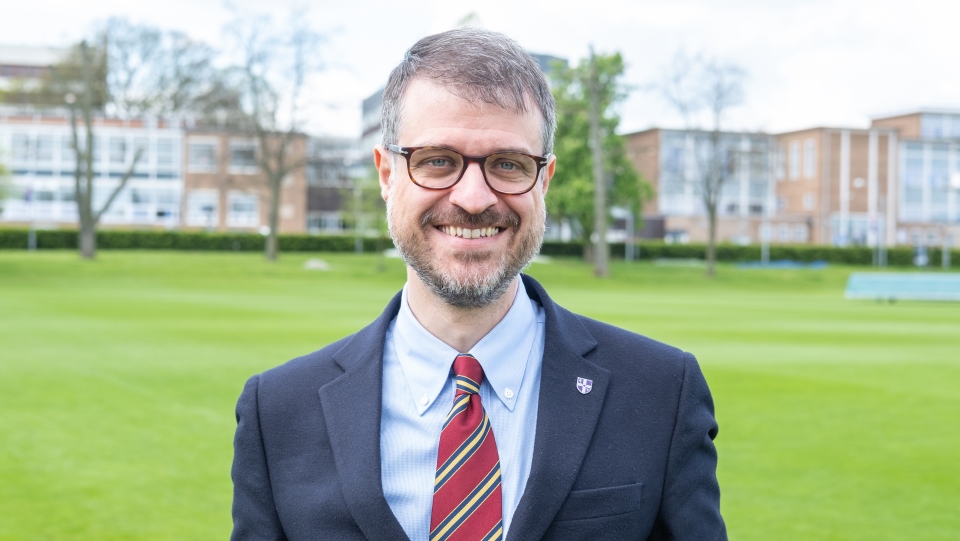 A Loughborough academic and acclaimed expert in political communication research has been announced as the next Editor-in-Chief of a leading international journal.

Dr Cristian Vaccari joined the University in January as an Excellence100 appointment, a campaign launched in 2017 to recruit up to 100 outstanding academics across a wide range of disciplines.

He will take over the role of Editor-in-Chief of the International Journal of Press/Politics (IJPP), a top interdisciplinary journal focusing on the intersection between journalism and politics, in January 2019.

Dr Vaccari is a Reader in Political Communication in the University’s School of Social, Political and Geographical Sciences and a member of its Centre for Research in Communication and Culture.

His research investigates how political parties, campaign organisations and citizens engage with one another on digital media, and how in the process they negotiate meanings, identities, resources, and, ultimately, power.

For two consecutive years Dr Vaccari has won American Political Science Association prizes for the best article published in the fields of Political Communication and Information Technology and Politics.

Speaking about his new role as Editor-in-Chief, Dr Vaccari said: “The intersection between media and politics is central to the health and functioning of democratic societies. The International Journal of Press/Politics has always published path-breaking research on these topics, based on a plurality of approaches, a variety of methods, and a distinctive international and comparative outlook. Editing the journal will be a fantastic opportunity to strengthen its distinctive profile, serve the outstanding research communities that contribute to it, and tackle important debates in our societies.”

The outgoing IJPP editor, Professor Rasmus Kleis Nielsen from the University of Oxford, added: “Cristian Vaccari is an ideal new editor for the journal. His research is of outstanding quality and internationally recognized. He has long proven his commitment to comparative and globally-oriented work. And he has consistently demonstrated his interest in and respect for the wide range of different theories and methods that inform all the best kinds of research in our area.”

IJPP is a SAGE Publishing journal. SAGE is a leading provider of innovative, high-quality content publishing more than 1,000 journals and over 800 new books each year across the globe, spanning a wide range of subject areas.

“Dr Vaccari’s work addressing critical issues in digital media and comparative politics make him the ideal candidate for Editor-in-Chief of IJPP,” commented Bob Howard, Senior Vice President of Global Journals at SAGE Publishing. “We are confident that the journal will flourish under his editorial leadership and look forward to supporting him in his efforts.”