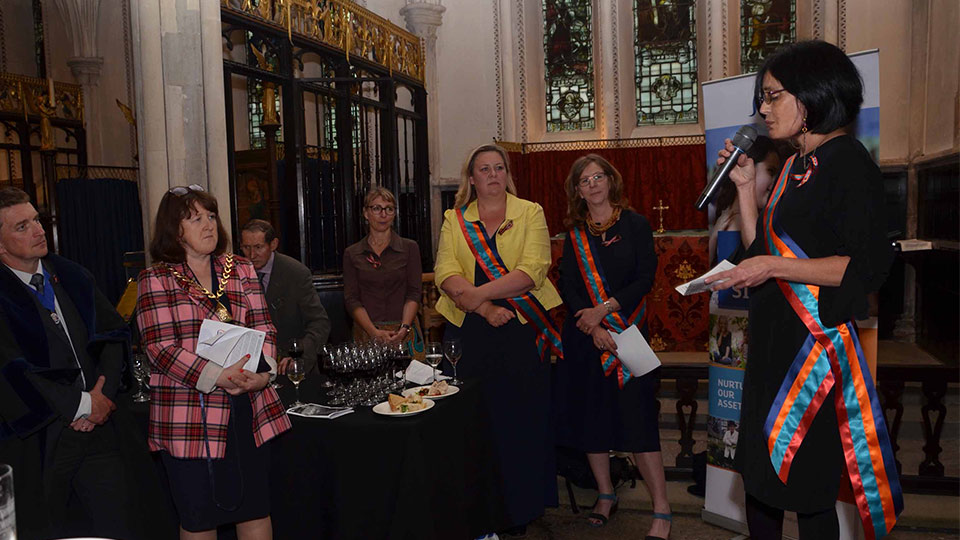 Loughborough University London’s Director of Studies has been recognised for her work to support BAME traders and customers that are set to be impacted by a Southwark development.

Dr Patria Roman-Velazquez received an award from the United St Saviours – a charity that supports the people and communities of north Southwark – on Thursday (24 May) at Southwark Cathedral.

The Senior Lecturer in Media and Creative Industries has been supporting communities that are to be affected by the Elephant and Castle demolition for the past four years.

The current shopping centre is home to approximately 150 micro-businesses, most of which are owned by traders that identify as having a migrant and/or BAME background and a significant number are women-led.

Dr Roman-Velazquez – who is originally from Puerto Rico – recognised that an entire social, cultural and economic network was at risk due to the Elephant and Castle Town Centre Development.

She began a campaign in September 2013 with a blog named ‘Latin Elephant’ that shared and gathered information on the development.

A year later, Latin Elephant received a High Street Challenge grant from Southwark Council and it became a registered charity.

Today Latin Elephant promotes participation, engagement and inclusion of migrant and ethnic groups in processes of urban change in London by responding to urban policy frameworks and supporting BAME traders, residents and workers.

The charity uses participatory research techniques to map and register the contribution and aspirations of those traders that are impacted by the Elephant and Castle Town Centre Development.

It also uses such methods to strengthen community voices and raise awareness of the contribution that Latin American and other migrant and ethnic traders have made to the area using a range of multi-media formats.

Latin Elephant engages and works with London based universities, academics and students to supplement some of its work and community engagement initiatives.

It offers a capacity building programme for migrant and ethnic traders under contexts of regeneration and this programme has developed a series of interactive workshops about access to finance, employment and commercial property law.

The charity has been successful in advocating for greater rights and mitigation strategies to compensate traders and customers of BAME background and even gained recognition for migrant and ethnic economies in the London Plan in 2015. 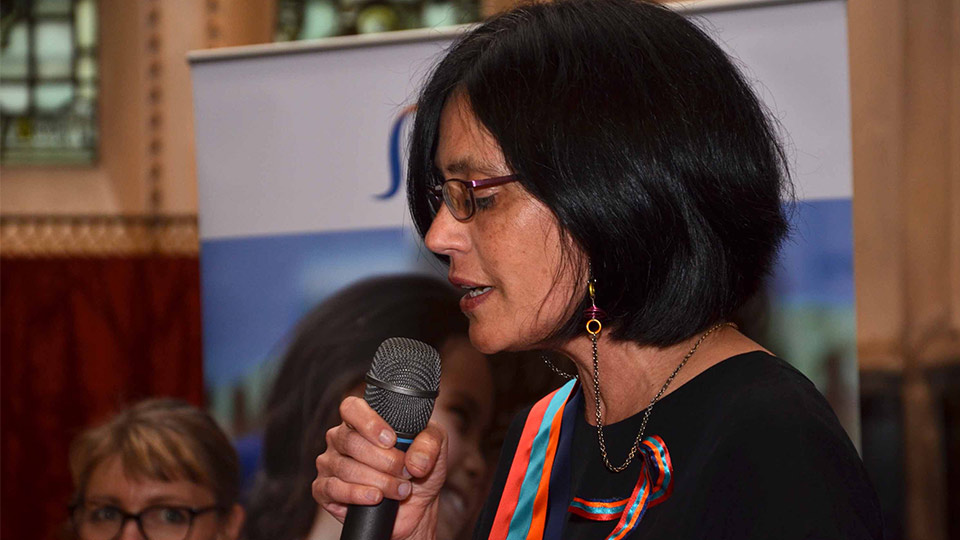 On receiving the award, Dr Roman-Velazquez said: “I am accepting this recognition on behalf of all migrant women who have overcome inequality and contributed to make Southwark a better place for them and their communities.

“This recognition is about what I represent and advocate for at community level.

“I am a Puerto Rican woman who came to the UK from a very poor family rooted in a rural town to do a doctoral degree and who now holds an academic position at Loughborough University.

“Migration has defined me since my early childhood; up to the age of 10 my family travelled backwards and forwards between Puerto Rico and the United States in the hope of finding a job.

“These experiences marked my childhood, who I am now and the causes I choose to support.”

She continued: “The [Latin Elephant] work is important because these businesses are a crucial part of the Elephant and Castle community; their social and cultural value shouldn’t be underestimated.

“This work would not have been possible were it not for all those who have contributed to our work and for a strong and united community campaign alliance.

“Thank you for your continued support.”

Dean of Loughborough University London Professor Mike Caine commented: “I know Dr Roman-Velazquez has contributed an enormous amount to the community and I’m delighted this has been recognised.

“These are important issues and it’s great to have the opportunity to celebrate and promote the positive change that she and others are helping bring about.”

For more information on Latin Elephant, visit the website.