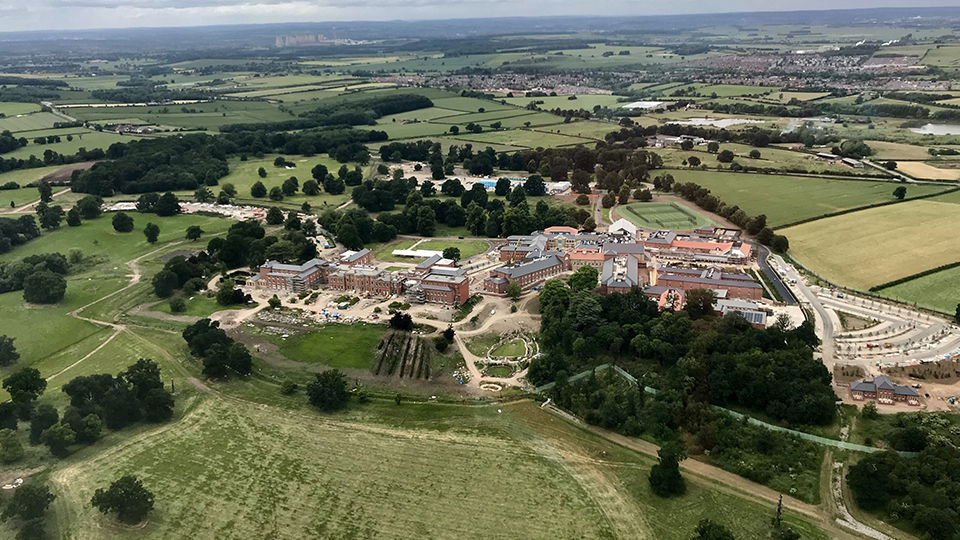 Professor Bob Allison, Loughborough University’s Vice-Chancellor, and Professor Mark Lewis, Dean of the School of Sport, Exercise and Health Sciences, were among the guests at a special event on 21st June at the new Defence and National Rehabilitation Centre (DNRC) near Loughborough

The event marked the hand-over of the DNRC from The Duke of Westminster to the Prime Minister, in the presence of His Royal Highness The Duke of Cambridge, who was Patron of the DNRC appeal.

The DNRC will provide world class rehabilitative facilities for the nation’s service men and women, with the potential for a complementary civilian facility on the same site. It is a bespoke and purpose-built successor to the existing Defence rehabilitation establishment at Headley Court in Surrey treating injured soldiers, sailors and airmen.

The National Centre for Sport and Exercise Medicine (NCSEM) East Midlands, which is based on the Loughborough University campus, is the primary home for research into defence medicine, working in collaboration with the DNRC.

The NCSEM’s research covers injury prevention and management, musculoskeletal rehabilitation, concussion and the impact of exercise and training on immune function and infection risk. It is driving the role of regenerative medicine for military personnel and other groups, such as athletes, in order to facilitate lifelong performance across the activity spectrum.

Professor Lewis, who is Director of the NCSEM East Midlands, said: “We were delighted to be invited to this milestone event and to see how this hugely important facility is progressing. We have worked with the DNRC for several years and the new facility on the outskirts of Loughborough will help us to strengthen our research partnership still further.”

Construction of the DNRC started in 2015 and the facility will be treating patients by the end of this year.