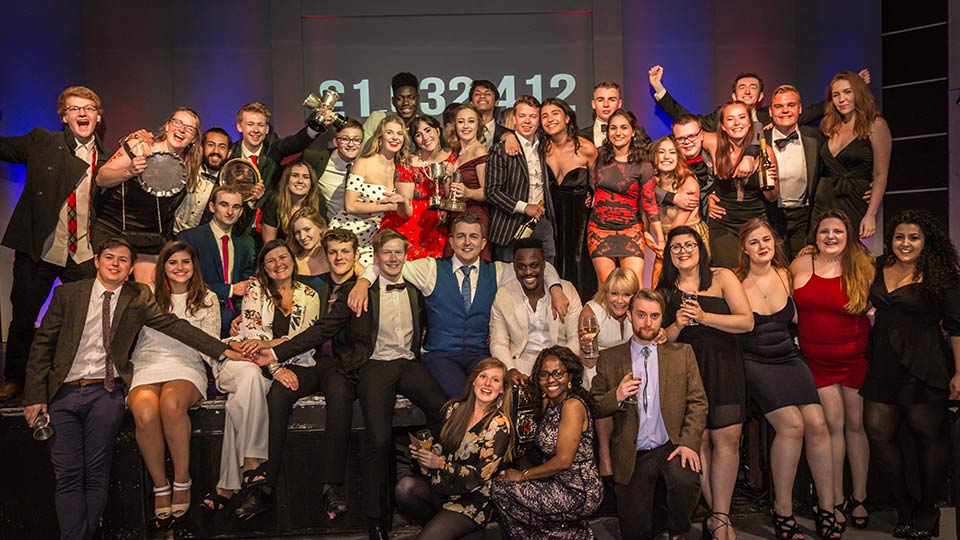 Loughborough Students’ Union Rag has once again raised more than £1m for a variety of local, national and international charities.

From dog sledging to running the Barcelona Marathon, to cycling from London to Paris and embracing the ‘tash for Movember, students have gone above and beyond this year (2017/18) to raise a total of £1,032,411.98.

This is the ninth year in a row Loughborough students have hit the one million mark and since 1979 a whopping total of £17,771,873.06 has been raised for good causes.

Some of the 2017/18 Rag highlights include hosting the first ever Battle of the Bands and the second highest attended Colour Dash, and raising a massive £52,503.14 for the Royal British Legion.

Other charities that have benefited from the University community’s hard work include The National Autistic Society, East Africa Playgrounds, Hope for Children, Breast Cancer Now and Anthony Nolan.

This year’s total fundraising figure – which could still potentially rise as many of the international trips are yet to take place – was announced at an awards ceremony on Saturday (16 June).

Following the news, Rag Executive Officer Olumide Ojagbemi commented: “I’d like to thank everyone who contributed to Loughborough Rag being able to raise this fantastic amount of money for local and national charities.

“From the students to the staff, to our charity partners, everyone has given their all to help others, whether it was by fundraising independently, going on a Rag raid [collection buckets], or by signing up to one of our international trips.

“Everyone has worked their socks off and I couldn’t be prouder or more pleased with our section raising £1m nine years in a row.”