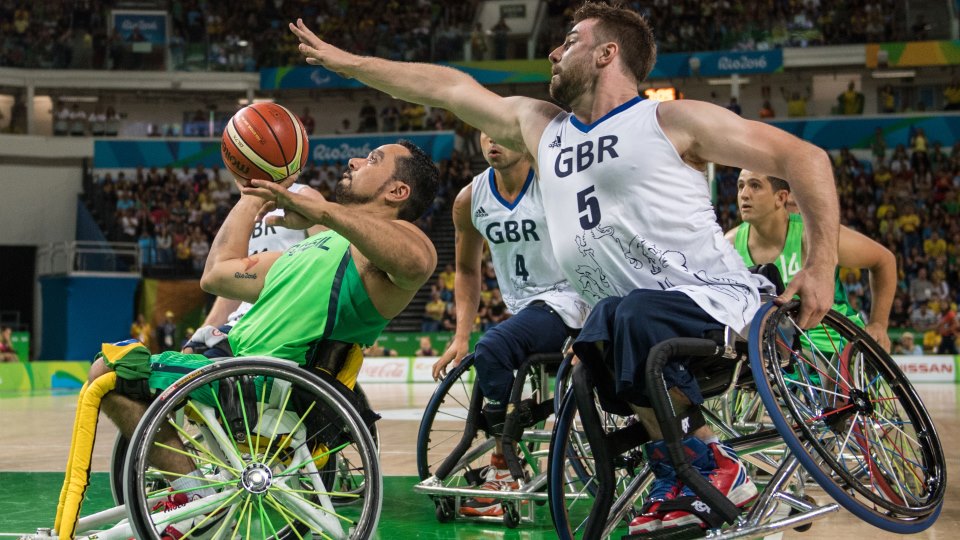 The Peter Harrison Centre for Disability Sport at Loughborough University has collaborated with the International Wheelchair Basketball Federation (IWBF) to develop the new format of 3x3 wheelchair basketball.

The partnership has seen the IWBF looking to Loughborough to provide clear evidence about which game format should be employed by IWBF to complement its World Championship programme; the outcome will then allow the IWBF to provide an option for the inclusion of wheelchair basketball at major global sports events such as the 2022 Commonwealth Games.

At the quadrennial IWBF Forum in August, The Peter Harrison Centre for Disability Sport (PHC) will present their findings to representatives of each national wheelchair basketball governing body from across the world.

It was essential for the IWBF to select a 3x3 format that would support development across the world, provide a sporting spectacle and a competitive opportunity that will push athletes to excel.  The PHC developed a testing protocol to provide an evidence base of physical and technical demands on players, as well as qualitative research taking stakeholder perceptions of various formats into account.

“We had identified 3x3 as a format of competition that has had an incredible impact in the running game with FIBA, however in wheelchair basketball, 3x3 was being played in a variety of formats, all with strong advocates. We wanted to make sure that we selected a system that worked logistically, would market wheelchair basketball and most importantly be true to the sport in how it is played.  We are confident that we have selected the best format for the sport and it will help to drive our sport forward.”

IWBF’s Executive Council approved the half-court version of 3x3, mirroring the system used by FIBA, and the new regulations and rules to support this format will be presented at the IWBF Forum, with a period for review.

Professor Vicky Tolfrey, Director of the PHC and recipient of the IPC Scientist Award 2017, added:

“Strengthening the relationships of the PHC with Paralympic sports organisations such as the IWBF is a fantastic output for a Loughborough University enterprise project. To now have an opportunity to inform the athletes and officials as to the reasoning behind the different formats has been an important step forward and I am delighted that Dr Barry Mason is able to share this work at the IWBF forum later this summer.”

The findings the PHC provided detailed information on both perceptions, technical and physical attributes of the different formats considered.  This was complemented with further research and discussion around delivery and development opportunities.

This was a global piece of work with collaboration between Loughborough University, The University of British Columbia and students from The Netherlands. British Wheelchair Basketball very kindly provided athletes for testing at the birthplace of the Paralympic Games, Stoke Mandeville.