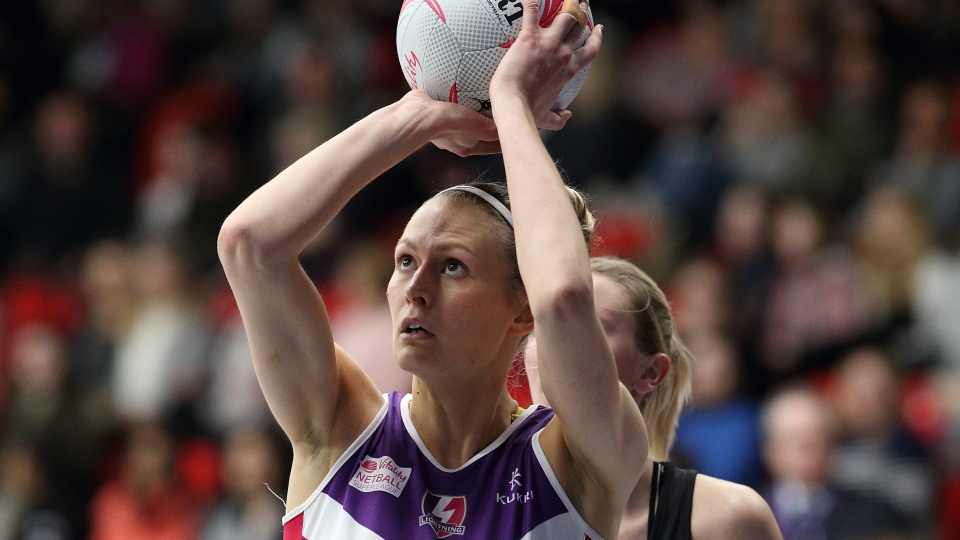 Loughborough Lightning Netball are gearing up for the biggest home game in their history on Saturday 30th June, as they take on Manchester Thunder in a semi-final clash that sees a place in the Vitality Netball Superleague Grand Final up for grabs.

Currently on an 11 game winning running run, Lightning know that victory over Thunder at the Leicester Arena is all that stands between them and a place in the final, where they’ll be out to go one better than last year’s runner-up finish.

Having defeated Wasps earlier this month, the side they lost out to in the final 12 months ago, the Loughborough University franchise go into the Saturday’s semi-final full of confidence.

“We’re definitely very happy with how the season’s gone since the Commonwealth Games break and we’re carrying a lot of momentum heading into this game. With 11 wins on the trot we can’t complain at all and the atmosphere within our squad is really good.

“I missed the semi-finals and finals last year after getting hurt in the last regular game of the season. That was very disappointing but I’m healthy and ready for this part of the season this time round. I hate sitting on the side-lines no matter what it is I’m doing, so I can’t wait to be part of the team this time and hopefully contribute to a successful end to the campaign.”

Everyone knows Thunder make formidable opposition however, so victory in Leicester on Saturday certainly isn’t a forgone conclusion. Of what it’ll take to secure the win Clark added:

“It’s going to take a lot of running and a lot of grit! Thunder are a very good team and they’ve played together for a long time so they have that connection – we’ve just got to be very clinical with what we do.”

With Lightning fans gifted one last chance to see Lightning play at home this season, Clark urged supporters to get their tickets and roar the team to glory on Saturday night.

“I’m expecting a lot of noise from our fans this weekend. Thunder will bring a group of away fans and they’ll be loud, but we’ll hopefully outnumber them and be even louder, especially if we can get that drum going!”

Tickets for Lightning’s biggest home game in history are available now by clicking here or heading to www.loughboroughlightning.com