England won the under-20 World Cup last year – so what can the team in Russia learn from the young Lion’s success? 18 June 2018

What do England need to do to win the World Cup again? 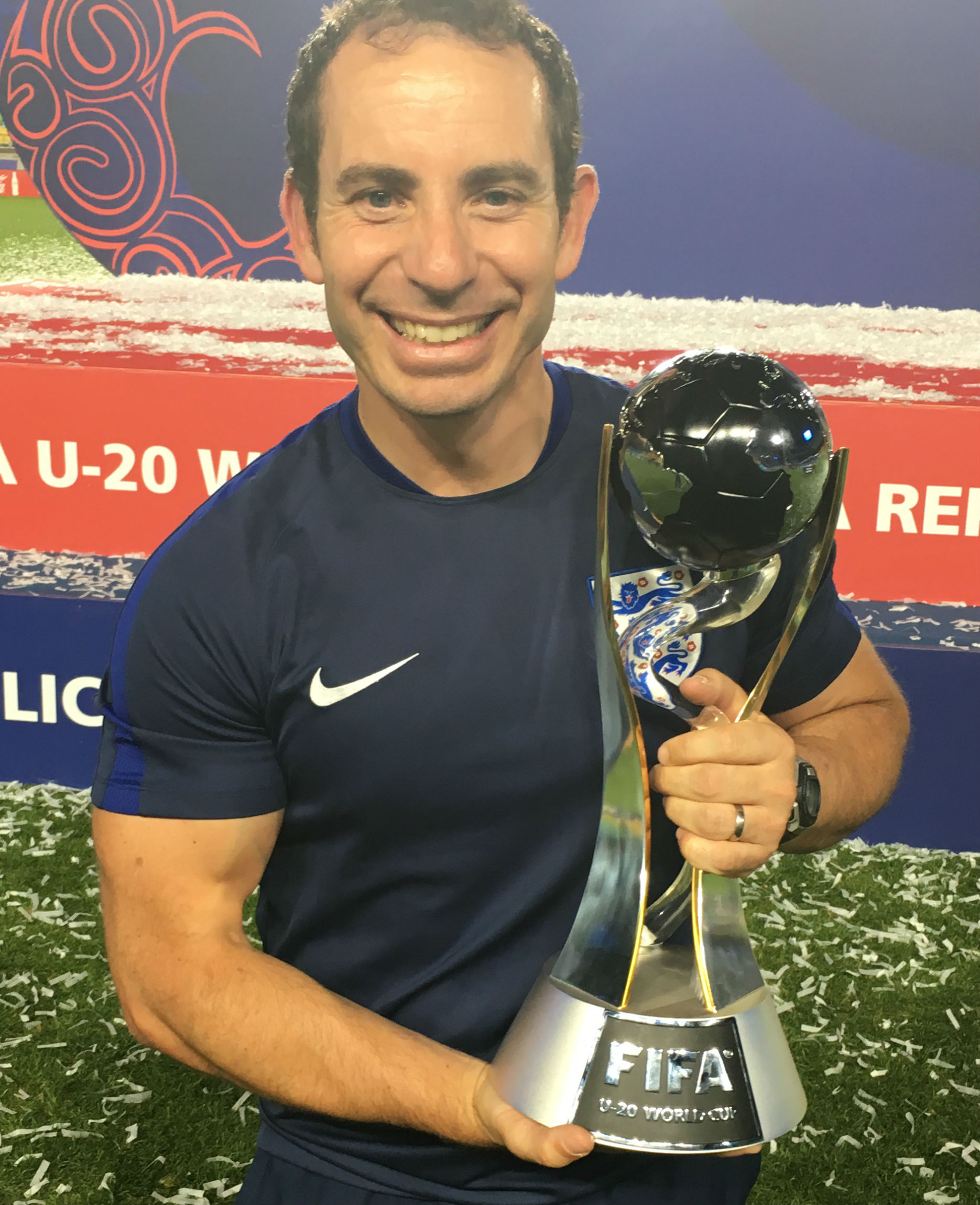 England won the under-20 World Cup in South Korea last year and Loughborough University strength and conditioning coach Al Stewart was right there with them.

Twelve months on, the senior England side has one of the most prolific strike forces in recent history and a good chance of progressing through the competition.

But what lessons can the first team players and manager take from their junior World Cup-winning counterparts?

Our goalkeeper Freddie Woodman saved a penalty in the final, writes Al Stewart, that definitely helped us win the World Cup...

But it wasn’t luck.

Over the course of the tournament, Freddie had faced over 150 penalties in training which he attributes to being able to make that one vital save.

At the time of the tournament, I was working as a performance coach for the FA, and in May, last year, I travelled to Japan for a training camp with the under-20’s.

Before the competition, the goal-scoring expectations of the squad in South Korea were quite low.

England had not scored a goal at the under-20’s World Cup finals since Michael Owen played for them. That was 1997.

However, today, if we go on current league form, goals shouldn’t be an issue for the lads in Russia.

Kane, Vardy and Stirling achieved a tally of 68 between them last season. That is more than any England forward line-up for at least the past 20 years.

But last year, we were in what you could reasonably call a goal-drought.

The first week of our trip was in Japan.

We stayed at the Westin Hotel on Awaji Island where the England national team stayed for the World Cup in 2002.

This week was an opportunity not only to acclimatise and get over the long flight but to physically prepare the players for the intensity required to compete at a competition of this standard.

Our first game in the tournament was against Argentina, a nation who had won more World Cups (six) at this age group than any other country.

We went on to win the game 3-0 which included a red card in the 78th minute for one of Argentina’s players after the referee used the VAR to review a challenge.

After the game, the staff were elated, not only to win the game, but to end a 17-game winless run at the tournament.

The thing that stood out for me was that the players after the game were quite relaxed, sat chatting between themselves, texting family and friends.

The players relax during the tournament

When we drew the following game against Guinea after scoring an own goal to leave us needing a win against the hosts in the final game of the group, the staff were understandably disappointed, the players were, as they had been after the first game against Argentina, relaxed and chatting after the game.

They didn’t get too high with the highs and too low with the lows.

In the warm-up room before the game, the players were again relaxed, following their own individual prep and preparing as they had for every other game.

We went 1-0 down in the opening minutes, but again stayed focused and relaxed and didn’t panic to come back and win 3-1 with three second-half goals.

The final was again an example of the cool and calm mindset in the preparation and way the players set about the game.

The only time this faltered was in the closing moments of the game as Venezuela pressured and tried everything to find a way back into the game, but we held firm and finished the game as World Cup Champions after Dominic Calvert-Lewin’s 1st half goal.

Aside from the work on the pitch, the players applied themselves excellently to all elements of the physical preparation for the full five weeks we were away.

From pitch and gym-based recovery sessions to ice baths, foam rolling sessions and protein shakes, the players engaged with all of this throughout the tournament.

The players with fewer game minutes also played a big part in this and kept themselves fit and ready with extra work on the training pitch and in the gym in and around the games, supported by myself and Loughborough graduate Matt Reeves.

He has also consulted for the FA, working as a physical performance coach with their men’s and women’s teams.