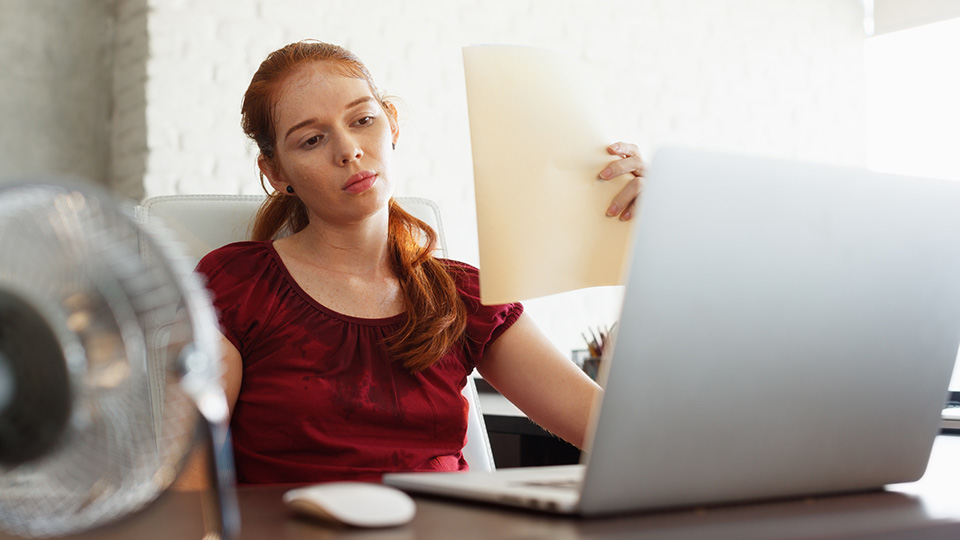 A Loughborough University academic has issued advice on how to beat the heat at work based on research they are conducting as part of a large European project that aims to improve the safety of millions of workers.

Dry, sunny and hot have been the three words on every weather forecaster’s lips and temperatures in the UK are set to soar even further this week, promising an uncomfortable few days in the office.

Working in the heat can be harmful as well as unpleasant but Loughborough University’s Professor George Havenith has issued advice on how workers and employers can stay safe this summer.

Professor Havenith, Director of the Environmental Ergonomics Research Centre, is one of the academics involved in Heat-Shield – a pan-European project that addresses the negative impacts of workplace heat stress on the health and productivity of different strategic European industries.

The Horizon 2020 project, which has brought together 12 research institutions and policy, civil society and industrial stakeholders, has resulted in the development of an advanced heat alert system.

Professor Havenith says the system is currently indicating “extreme heat levels” in the UK in the next three-to-four working days with expected thermal stress at levels so high that additional attention is needed.

He warns that all members of the community need to take care during the heat, especially vulnerable groups such as workers who are exposed to prolonged physical activity, elderly people, pregnant women and people with low cardiovascular capacity.

Although it is well-known fact that drinking water is important in the heat, Professor Havenith states studies show that a very large proportion of the population still fails to prevent dehydration.

Taking time out from the heat and allowing your body to cool is something everyone should make a conscious effort to do.

Professor Havenith said: “Heat exposure for shorter periods is not hazardous to human health – it will actually allow for acclimatization to the heat and benefit health in the long term – but recovery and re-establishment of thermal balance is important.”

Manual labourers should ensure they take additional rest and ‘recovery periods’ in cool conditions throughout the work shift wherever possible.

The general population should also allow for recovery-periods in cool areas – especially during night-time.

Temperatures look to peak on Thursday and Friday, when some records could well be broken - here at the Met Office, we'll be monitoring things very closely! *worth noting not everywhere will be exceptionally hot... #Heatwaveuk pic.twitter.com/9iCzs0R8wQ

Solar radiation is a major contributor to thermal stress, particularly for outdoor workers.

For clothing, ensure the body is not covered entirely, as that will prevent heat release by sweat evaporation. However, it is important everyone remembers to apply UV protection.

Fans and increased airflow can also greatly facilitate heat loss and reduce risks in situations where air humidity is not extremely high.

Employers are advised to think ahead and take actions to help reduce health issues caused by heat.

Professor Havenith said: “Ensure access to cooled areas and drinking water to minimize health risks – in the long term, this will also benefit productivity for workers.

“In occupational settings, work schedules or procedures may be modified, as planned regular brief breaks are superior to excessive fatigue due to inappropriate pacing!”