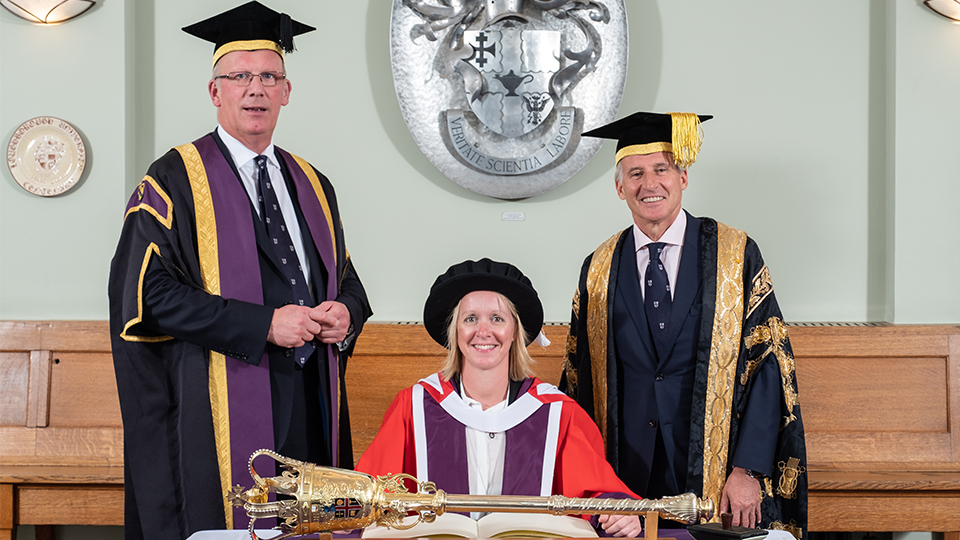 Melanie Marshall – one of Britain’s most decorated swimmers, who is now coach to Olympic, World, European and Commonwealth champion Adam Peaty – has been awarded an honorary degree by Loughborough University.

The award – in recognition of Melanie’s contribution to swimming as a coach and athlete and her achievements at the 2016 Rio Olympic Games – was presented at the University’s degree ceremony on Tuesday 17th July.

Loughborough graduate Melanie is a double Olympian and five-time Olympic finalist, with more than 20 international medals to her name. She is also the second most decorated female at the Commonwealth Games; at the 2006 Melbourne Games alone she brought home no fewer than six medals.

After the 2008 Beijing Olympics, Melanie announced her retirement from swimming and started her coaching career as Head Coach at Derby Swimming Club. Then in 2016 she moved across the East Midlands to join Loughborough as National Centre Lead Coach for British Swimming.

Melanie has coached Adam Peaty to unprecedented success; he holds two world records in both 50m and 100m breaststroke and is one of just three British swimmers to have won gold at the four major national events.

On receiving her degree, Melanie said: “I first came to Loughborough as a 19-year old; I had a thirst for life and a drive to live everything Loughborough had to offer.

“I was greeted with support, a fantastic system, a revolutionary environment and inspirational people and coaches. For me, Loughborough created a family, a network. It breathed the dream and it let me breathe the dream – that dream being that anything is possible.”