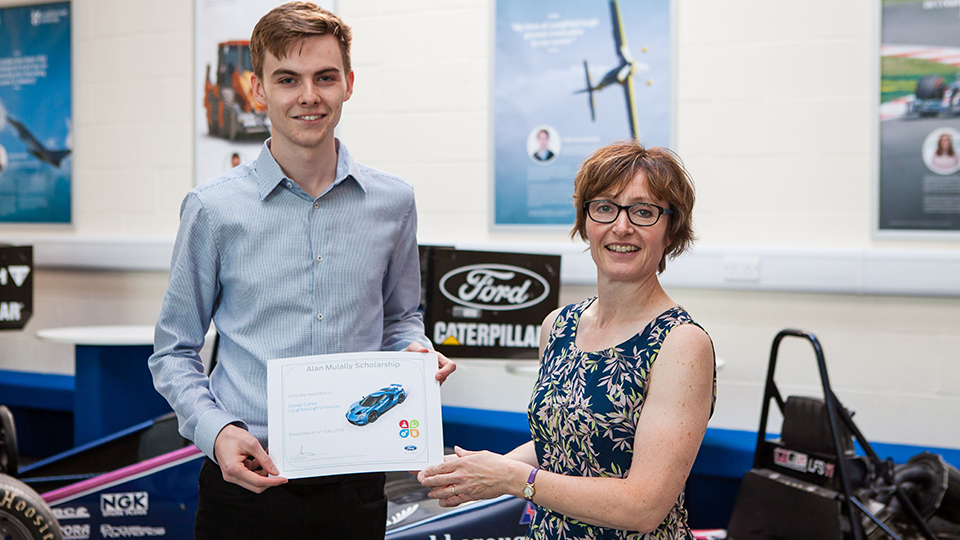 A student at Loughborough University has received one of ten worldwide engineering scholarships from Ford Motor Company Fund.

George Carter – a second year BEng Automotive Engineering student – was announced as the UK recipient of the Alan Mulally Leadership in Engineering Scholarship this year.

The scholarship is named after the former CEO of Ford, recognising his background and expertise in the science and engineering sectors.

It provides each recipient with $10,000 to help support their studies.

As part of his application, George was required to submit his qualifications alongside evidence of his participation in extracurricular activities, such as being track support for Ray Mallock Group, who have now offered him a placement year.

He also provided a supporting statement about his interest in automotive engineering and how the scholarship would make a significant difference to his future.

Of being announced as a recipient, George said: “I’m so grateful to have been awarded Ford’s Alan Mulally Scholarship.

“The numerous opportunities the scholarship brings will allow me to progress further into my career within automotive engineering.

“Being able to add this award to my CV is truly amazing, and the scholarship funds that come with it are a huge bonus that will help further my studies in many ways. I plan to put some of the money towards completing my master’s in automotive engineering, and if all goes well I may consider studying for a PhD at Loughborough University.”

Angela Morley, University Research Projects Manager at Ford who presented the award to George, added: “It was great to be able to congratulate George in person on being awarded an Alan Mulally Scholarship.

“His long held passion for motorsport and desire to study engineering from an early age is inspiring. He is clearly enjoying his studies at Loughborough as well as embracing the opportunity to gain industrial experience during his current placement with Ray Mallock Group in Northamptonshire.”