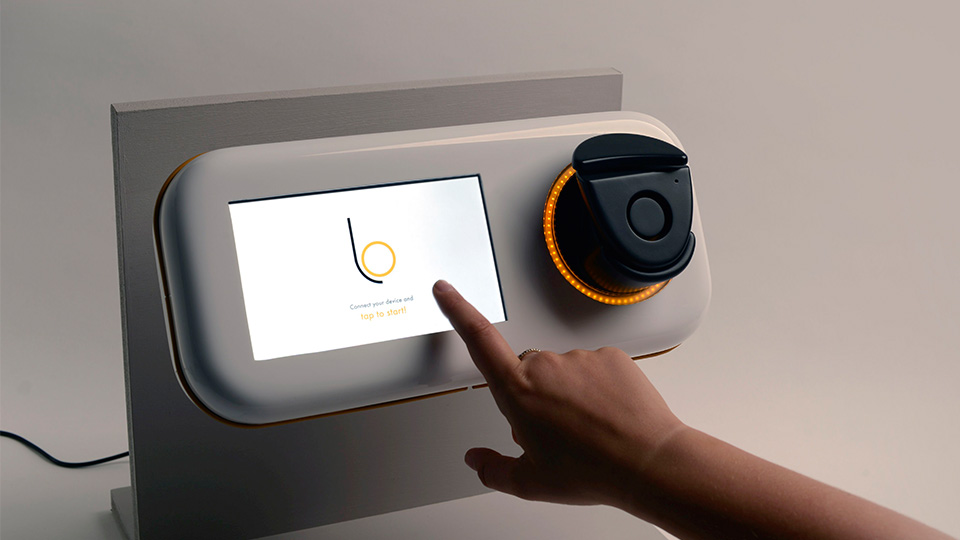 Pictured is Charlotte Wilton's 'b'.

Loughborough University students have scooped a range of sought-after awards at this year’s New Designers – an annual showcase for emerging talent across the design sector. 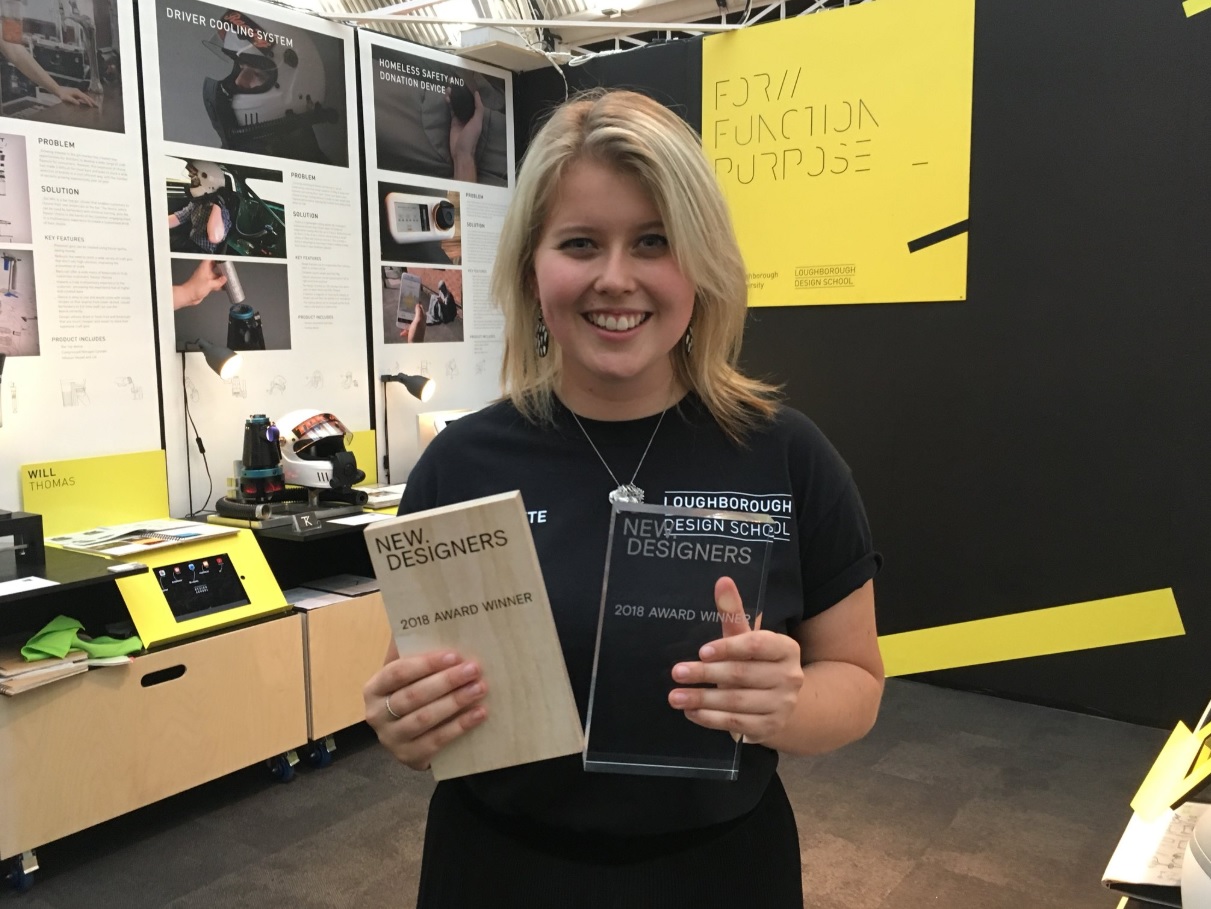 Charlotte Wilton with her two awards.

Students from the Design School have claimed accolades in closely-fought categories sponsored by some of the biggest names in retail – with one innovative Loughborough student bagging the renowned New Designer of The Year Runner Up Award.

Each year, the show, held in the Business Design Centre in London, brings together thousands of promising graduate talent from university design courses across the country and puts them before consumers and industry professionals.

Fourteen Loughborough designers showcased a wide-range of creations in the capital yesterday (July 4) and their innovative ideas impressed top names in the field.

Charlotte Wilton wowed judges at the event with her product ‘b’ and was named the winner of the Virgin Atlantic Award and the New Designer of the Year Runner Up Award.

b is a hand-held device that uses Bluetooth and a mobile app to connect passers-by and rough sleepers; it looks to improve lives through a cashless donation system, bridge the gap between the public and rough sleepers and improve personal safety for those on the streets with a personal alarm. 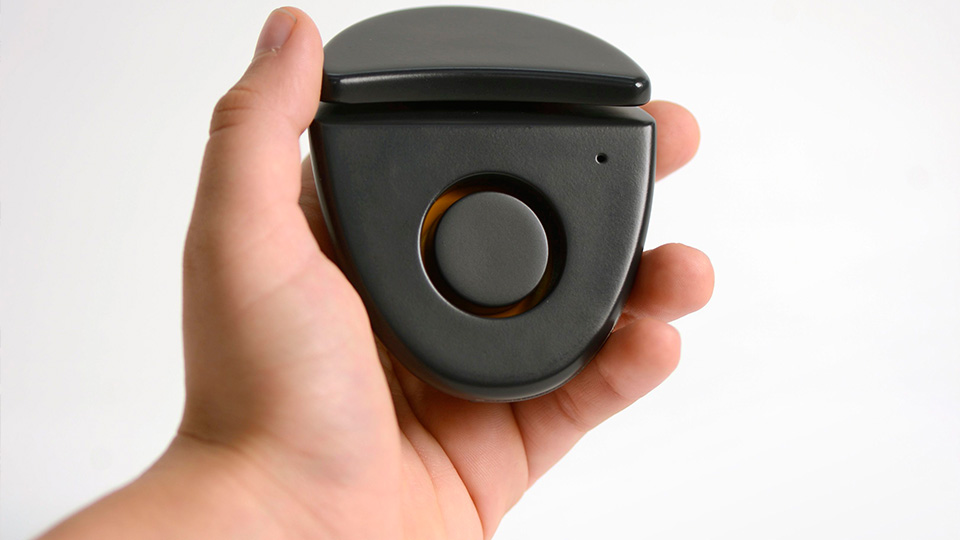 Charlotte, who was inspired to design b after working with Crisis at Christmas, will receive a £500 cash prize for winning the New Designer of the Year Runner Up Award.

She was selected as the title winner by an independent panel of judges that work for the likes of the Royal Bank of Scotland and British Airways as they “appreciated her personal motivation to find a thoughtful solution to a real social problem through design”.

As a result of winning the Virgin Atlantic award, Charlotte has also been given two Virgin Atlantic Premium tickets to New York and two weeks work experience with the organisation’s in-house design team.

Charlotte said: “I cannot believe it, it’s a huge honour. I really didn’t expect to win anything.

“My project is to empower the homeless and improve their lives. I think the design industry can have a really positive impact on homelessness but it has to be done in the right way.

“The only way you can effectively design for these minorities and groups without universal experiences is to engage with them, and I think there’s room for it.

“Going forward, I hope to get some form of partnership or investment opportunity to advance the product in the best possible way.”

Loughborough’s Ellie Bainton also stood out from the crowd and won the Kenwood Appliances Award for Ava – an in vitro fertilisation (IVF) drug delivery system designed to make complicated medication processes easier and reduce the pain associated with the use of syringes or injection pens. 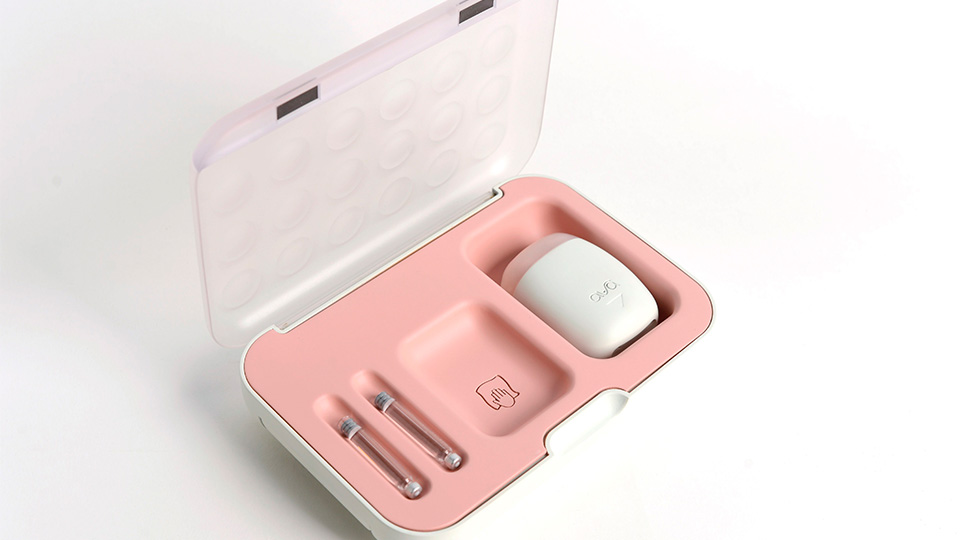 The judges commented that though Ava is outside their usual business area, they felt the design is a “considered and articulated solution to a sensitive subject area”.

Ellie said: “I’m super excited; I didn’t expect to win it at all. It’s quite overwhelming, but it’s nice to be appreciated for my four years of hard work at Loughborough.”

The awards ceremony was officially opened by Loughborough alumnus Benjamin Hubert, founder of industrial design agency Layer; he shared his advice with the aspiring designers and encouraged them to take risks.

The 14 Loughborough designers will continue to exhibit their products at New Designers until 7 July.

Many of their designs have been highly commended by businesses and were named runners-up for awards.

More information on their creations can be found on the University’s dedicated New Designers webpage.

To see a full list of the award winners at the exhibition, visit the New Designers website.

Bursting with ambition and radical ideas, New Designers 2018 unveils the imaginations set to shape the design world of tomorrow. Over two weeks, and spanning every discipline in modern making, the event presents the work of more than 3,000 hand-picked design talents currently in education. Discover disruptive new thinking, meet the pacesetters, and get a first look at our creative future.
newdesigners.com

Arts and cultureBusiness and economyResearchUniversityTechnology