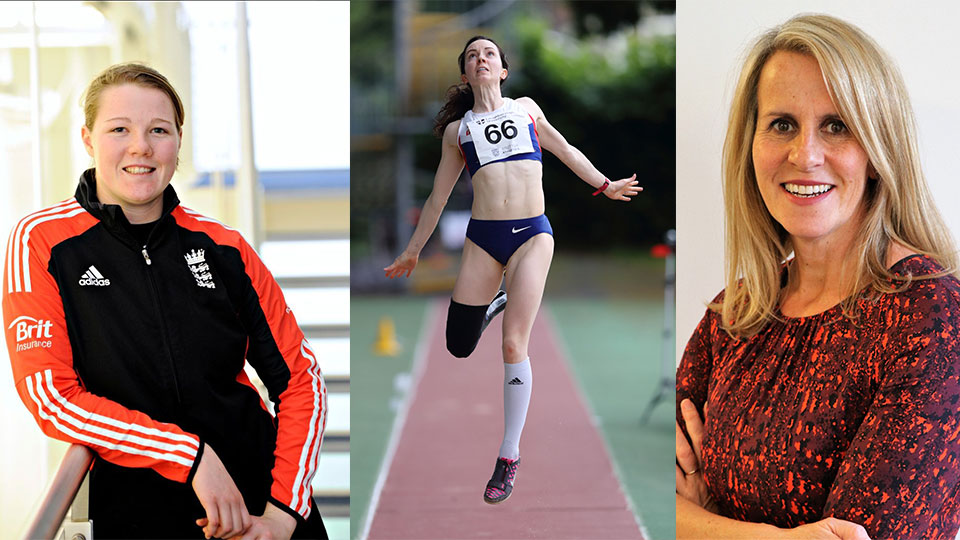 Three alumnae, an honorary graduate and a Loughborough-based athlete have been recognised in the New Year’s Honours list 2018 for services to UK Sport and Design.

Alumnae Tamsin Beaumont and Anya Shrubsole have each been honoured for their services to cricket with an MBE, Member of the Order of the British Empire.

Tamsin graduated from Chemistry and Sports Science in 2012. She played a key role in England Women’s Cricket World Cup triumph at Lord’s in July, alongside her colleague Anya Shrubsole. Anya graduated with a degree in Psychology in 2015.

English and Physical Education (1988) alumna, Sue Anstiss, receives an MBE for her services to grassroots and women’s sport. Sue is the CEO of Promote PR, a sports fitness and PR agency. Sue is recognised for her work in community sport and raising the profile of women’s sport over the past 25 years.

Loughborough-based long-jump athlete, Stef Reid, also receives an MBE for her services to Paralympic Sport. She won long-jump Paralympic medals in 2012 and 2016, and was also a board member of the organising committee for the London 2017 Athletics Championships.

An OBE, Officer of the Order of the British Empire, is awarded to 2012 honorary graduate, Professor Richard Sennett, for his services to design. Richard is Chair of the advisory board at LSE Cities, and has contributed his research on how cities are designed.

Many congratulations to all of Loughborough’s New Year’s Honours recipients.