If you're only relying on willpower to stick to your New Year’s resolutions there's a chance you might be struggling right about now. 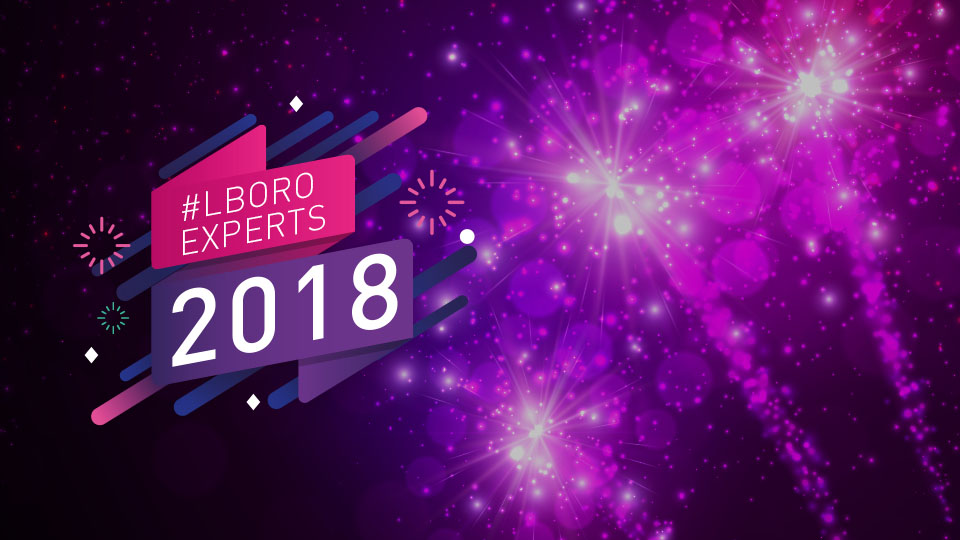 Self-control is the first gear to help you begin your journey towards hitting and maintaining your goals – whether they are based on giving something up, or doing something extra.

Your willpower is an excellent tool to get you started, but reduces over time and evaporates into the ether, leaving in its absence… powerful temptation, says Loughborough psychologist Dr Ian Taylor.

As part of our New Year health and wellbeing campaign, Dr Taylor has given a simple walkthrough guide about how best to use your willpower and what to do when it falters.

1) Don’t rely on willpower – it will eventually run out. When it does you’re more likely to succumb to temptation

2) Plan – know what temptations are likely to get in your way and plan so you avoid them. For example, coming home after work before the gym and not going into the sitting room where the settee and The Simpsons is waiting

5) Don’t dwell on failure – failing is part of succeeding. It shows you where you’re weakest, so you can strengthen those flaws. If you fail and don’t make that mistake again you’ll be stronger

“In quite simple terms, on the one-hand you’ve got temptation, and on the other some sort of long-term goal.

“Self-control, or willpower, is the ability to resist that temptation in order to gain or progress towards that long-term goal.”

“Willpower fails quite a lot.

“One of the most important things to know about willpower is that if you’re continually using it it’s very likely to fail.”

“Everybody needs willpower at some point.

“But if you’re using that as your dominant motivation it’s going to reduce over time and eventually it’ll run out.”

“Things that are in the immediate time are weighted much more heavily than any future benefits.

“If you’re focussed on the health benefits of exercise, that’s a very future orientated motivation, and you will weigh that much less in comparison to the immediate temptation which is in your face now.”

“A good analogy is that willpower is like a muscle - it gets fatigued if we’re using it all day so it won’t work as well in the evening, for example.

“Being aware of your temptation is a good way of strengthening your willpower – of what might possibly get in the way of your goals.

“Planning how you’re going to combat that temptation, that’s a very easy way to improve willpower and self-control.”

“Alter your routines so that you’re not tempted.

“A very simple way is, if you are tempted by the cake or the beer in the fridge and you find it very hard to resist, then don’t buy them.

“That way, you won’t be relying on very fragile willpower or self-control.

“Eventually, it becomes habit not to have that beer or cake and when it’s habit that’s much easier because you don’t need willpower.”‌

"Guilt is a very powerful emotion, and if you’re starting a new regime in the New Year, or the summertime, your success in the new routine or new goal won’t be linear.

“So, failure is going to happen in the short term – these temptations are going to win some of the time because they’re powerful.

“What not to do, is ruminate on guilt.

“If you’re on a diet and you have a piece of cake that’s just one small step back in the progress towards your goal.

“But, you can probably reflect a little on why it failed...

“You were tired, or you’d had a bad day at work and you were upset.

“You should try and understand why you succumbed and perhaps you’ll fail a little bit less in the future if you change something – take failure and temptation as a natural part of the process.”

Shifting the reasons for your goal

“If you think you’re doing it because you ‘should’ be doing it, or because you ‘have to’ – maybe a doctor has prescribed you a new healthy lifestyle – then you’re more likely to fail.

“’Should do’ and ‘have to’ behaviours require willpower.

“Your job is to shift the motivation to ‘because I want to’, or because you enjoy it.

“That way you’re not drawing on your willpower.”

Willpower is just the first gear

“A good analogy is that willpower is like first gear in a car.

“It’s good for getting you started in any sort of exercise routine – but when you start a new routine you’re likely doing it because you feel like you should.

“So, that willpower is the first gear but then you need to shift into second gear and third gear – and they’re the different motivations that we need.

“It might be focussing on the intrinsic benefits of exercise, putting on your favourite podcast or meeting up with a friend who you really enjoy their company.

“Therefore, when you focus on these immediate satisfactions you’re less likely to need willpower to overcome those temptations.”

“Examples of willpower can be seen in many other areas of life too.

“For example, everyone needs to ‘bite their lip’ and not respond angrily when a family member or partner is being annoying.

“Will-power is also required when shopping and seeing the fabulous piece of clothing that you can’t afford, or to resist the urge to stop a boring but necessary work task.

“These are exactly the same processes; trying to resist a tempting impulse in favour of a more rational, planned behaviour that fits in with longer-term goals.”

Christmas and New YearHealth and medicine