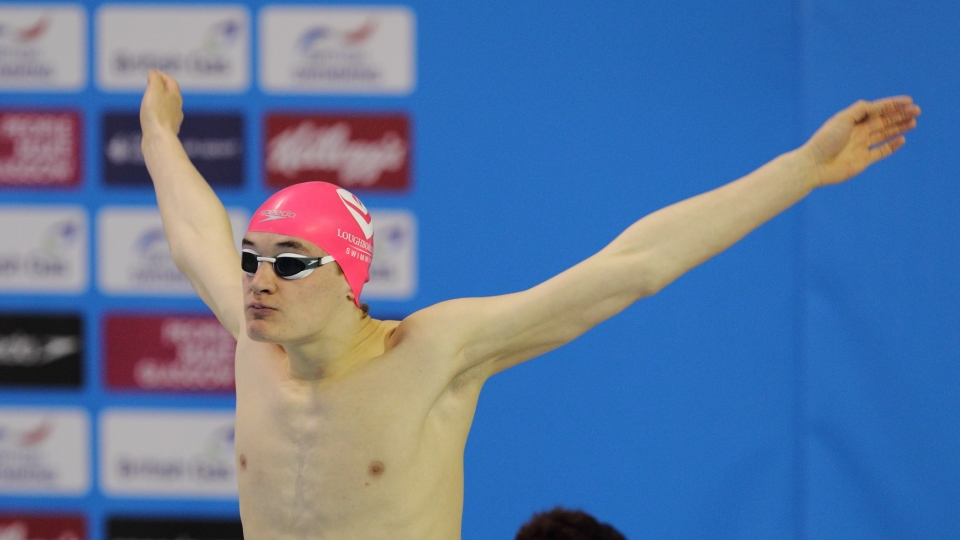 Team England have finalised their swimming and athletics squads for the 2018 Commonwealth Games on Australia’s Gold Coast, taking the number of Loughborough swimmers to nine and athletes to 23.

Wood will be heading to her first Commonwealth Games, the 18 year old Criminology and Social Policy student contesting the individual medley as she did at the World Championships in Budapest in July.

For Wilby, this will be his second Games having won gold in the 4x100m medley relay in Glasgow. After a difficult couple of years the Chemistry student has returned to his best, gaining selection for the World Championships last summer and now the Commonwealth Games, where he’ll contest the 200m breaststroke.

Also included are Elliot Clogg and Jarvis Parkinson, both swimmers training full-time out of the Loughborough National Centre. Parkinson already has a silver medal from the European Games in Baku to his name, whilst Clogg earns his first call up having joined the National Centre in September.

In addition, Loughborough University coach Ian Hulme has been included on the team of coaching staff alongside alumna Mel Marshall, just reward for his efforts over the last couple of years.

Switching to athletics, a couple of withdrawals have allowed 2017 graduate Jess Turner to step up and take up a place on her first Commonwealth Games team following a breakthrough 2017. Turner smashed her 400mH personal best to win silver at the European U23 Championships, a time good enough to see her selected for London 2017, her first senior championship.

At the time of writing 42 Loughborough athletes have been selected for the Games, which get underway on 5 April, with more expected in the coming days.

* selected in the first wave