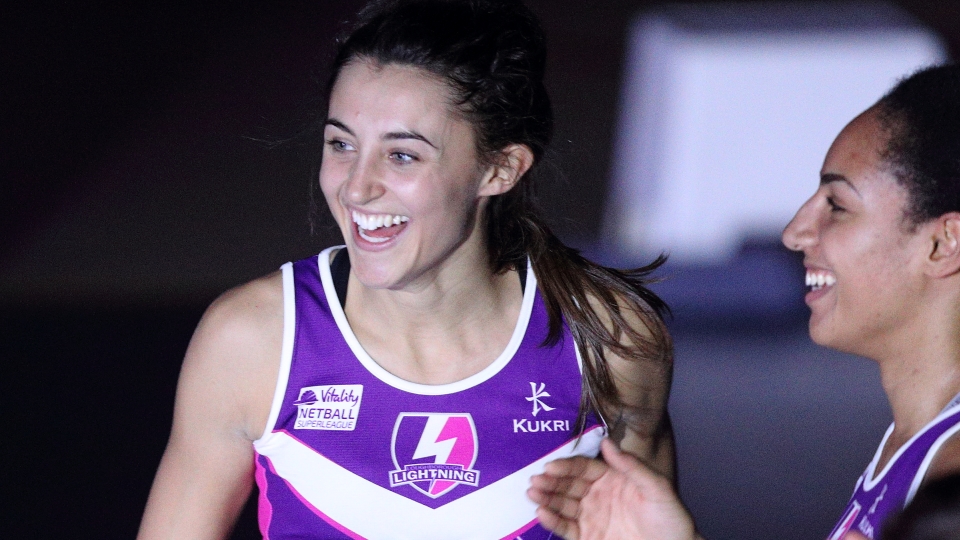 Vitality Netball Superleague table toppers. Fast 5s champions. Grand Final runners-up. 2017 was quite the year for Loughborough Lightning Netball, but now they’re ready to put all of that behind them and go in pursuit of even more glory.

With the 2018 season just days away, the squad have been working hard behind closed doors, all with the aim of hitting the ground running in their opening game on Saturday. Their 2018 goal is quite simple though, as England international Beth Cobden states.

“Definitely, the goal is to win it.”

“We had a great season in 2017 but it’s obviously a shame that we fell at the final hurdle, losing in the final. There’s a lot we can learn from it and we’ve got experience now if we get there this year.”

“Everyone has been training really well and we’ve had some good pre-season games – it’s also exciting as we’ve got some new faces in the team as well as some players with more experience, so we’re just excited to keep building.”

With new faces including Jamaican international goalkeeper Shamera Sterling, who will add experience to the Lightning defensive circle, Lightning look set for another stellar season.

The Ugandan captain, who will head down under for the Commonwealth Games in the Superleague’s mid-season break in April, will be looking to maintain her sensational shooting figures. As she says though, 2018 is a new year:

“I’m excited for the start of the season – a new challenge, a new season and just everything being new.

“There were lots of lessons learnt in that final last year and we believe we’ve worked on most of the areas that needed to be worked on. All I can say is that we learnt lessons and we are prepared for it this season.”

The big change for 2018 however is in the form of Head Coach Anna Carter, who comes in to replace the outgoing Karen Atkinson, and she is well aware of the large shoes she has to fill.

“I’m delighted to have been appointed Head Coach of this fantastic franchise and hope to carry on the fantastic work Karen Atkinson has done over the past few years. I’m very lucky to have such a talented squad to work with, which in some ways makes the job easy, but in other ways hard, as success is the only option.”

Of the change, Cobden commented:

“It’s great to have Anna on board, but equally it’s a shame that we’ve lost Karen; it’ll be good to get Anna’s experience and her spin on things though. Given things went so well last year we want things to remain quite similar, as we’ve created a good environment and everything’s been working, but it’ll be good to add her coaching knowledge. I know she’s got a lot of grit and fight in her so that real drive to win will help.”

Lightning’s first game of the season is at home to Scottish side UWS Sirens on Saturday 10th February, 6pm centre pass. And the fantastic local support is something Cobden was also keen to highlight.

“It’s great to play in front of big audiences and I know a few of our games are at the Leicester Arena this year, which is great and should help to grow the sport; we just love having a full house coming to support us.”

For tickets to see Lightning in action head to www.loughboroughlightning.com