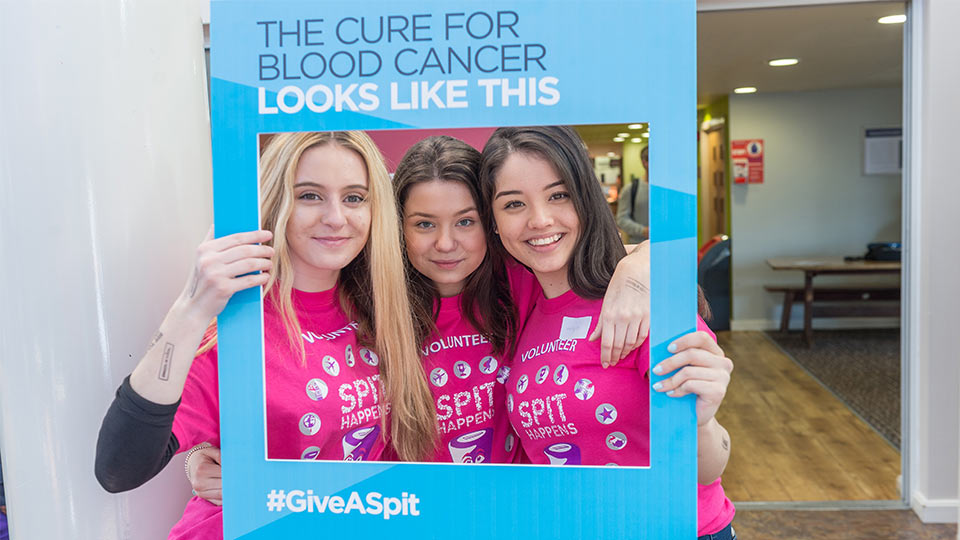 It has been revealed that Leicestershire has the highest percentage of people on the stem cell register in the UK.

The announcement was made at the launch of Leicestershire UNites, a collaboration between Loughborough University, the University of Leicester and De Montfort University which aims to encourage more people under the age of 30 to sign up to be a donor.

Last March, Loughborough University, Loughborough Students’ Union and the Rik Basra Leukaemia Trust joined forces to hold Spit Happens, a campaign with a target to set a new UK record for the number of stem cell donor recruitments signed up in one day.

The University smashed the record with an incredible achievement of 2,056 staff and students joining the Anthony Nolan register on campus.

Of the news Rik said:

“The big hearted community of Leicestershire have shown yet again that they can step up when those less fortunate than them are in need.

“I’m so incredibly proud of the work that we have done together that has pushed Leicestershire to the position of the stem cell capital of the UK.”

“It is fantastic that Leicestershire has been officially announced as top in the country for the number of people on the stem cell register.

“Anthony Nolan found me a donor and saved my life, and it has been a great privilege to give something back and be part of this campaign to recruit more donors.”

Thousands of students from both De Monfort University and the University of Leicester have also signed up to the stem cell register through numerous events held on their campuses – and a handful have been a successful match for people with blood cancer.

“The tireless efforts of the Rik Basra Leukaemia Trust and university volunteers have contributed to this wonderful achievement. The team can be proud of a remarkable legacy that will give a second chance of life to those in desperate need for many years to come.”