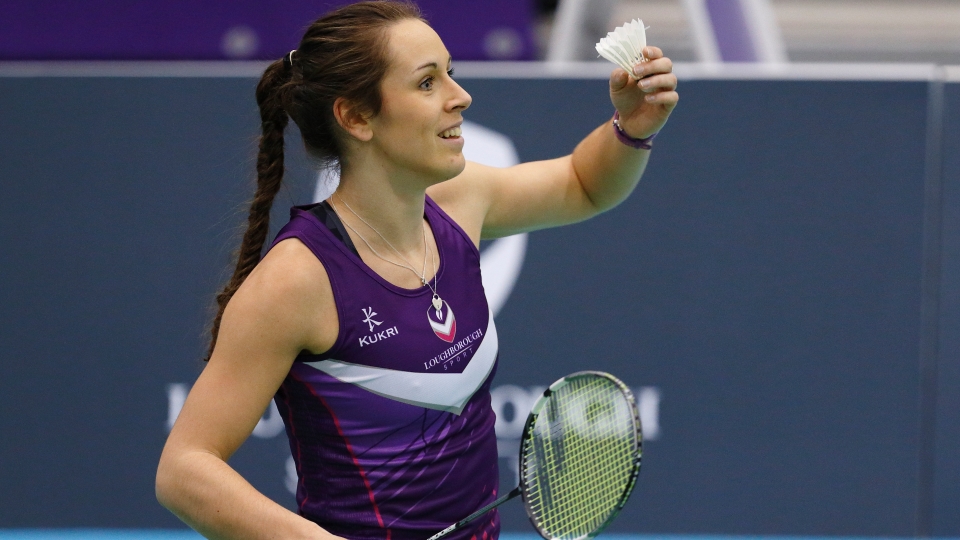 Loughborough alumna Chloe Birch has secured her spot for the forthcoming Commonwealth Games in Australia after a fine 2017.

The former Sport and Exercise Science student, who is now based at the National Badminton Centre in Milton Keynes, took her first national senior title last year and will line up in the women’s singles down under.

A role model for all student-athletes during her time in Loughborough, Birch captained the Loughborough team in both BUCS and National Badminton League competition, whilst also making her mark on the international scene.

Whilst Gold Coast will mark her first major Games, Birch has plenty of experience having played in the European Team Championships as well as winning four BUCS titles.

Of her selection for Team England she commented:

“Obviously I am really happy to be selected for the Commonwealth Games; this Games has always been a goal of mine, so to finally be selected is amazing. My three years in Loughborough put me in good stead for transitioning to being a full-time player and helped me learn life skills that have helped me so much. That being said, the last eight months of focussing solely on badminton has massively helped me gain selection.

“We've got a couple more tournaments coming up before we leave so I’m hoping to perform well at them and take the momentum to Gold Coast and play the best that I can. It’s exciting that there is a team event as well as the individual, and I’m just so honoured to represent my country at a major multi-sport event.”

“I’m absolutely delighted for Chloe and I think it’s credit to everyone here at Loughborough that we played a really important, pivotal role in her development. Making the move to join the GB programme, she’s now moved up to the next stage of her career and I’m sure will continue to flourish.

“Chloe’s success sums up what we’re all about here at Loughborough, transitioning top players into full time sport, whilst also supporting their academic endeavours along the way.”

The 2018 Commonwealth Games get underway on Australia’s Gold Coast on Wednesday 4 April.