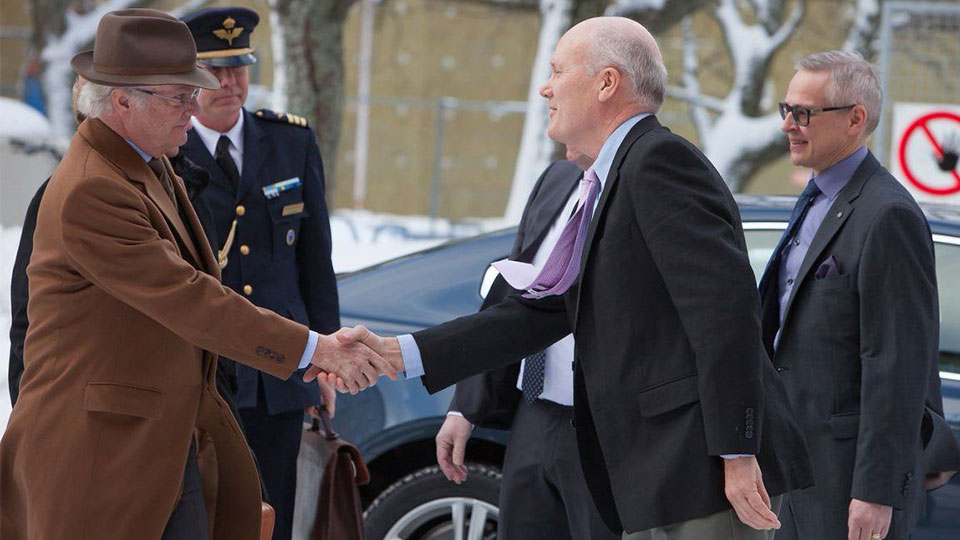 Professor of Physical Geography, John Anderson, met with the King of Sweden this week to talk about environmental issues.

Professor Anderson, who is undertaking a fellowship at Umea University, presented a lecture on Wednesday (14 February) titled Ecological change in lakes: Seeing beyond the climate paradigm.

The talk was part of a programme at the University focusing on the impacts of northern lakes.

King Carl XVI Gustaf of Sweden takes an active interest in environmental issues and aims to increase awareness amongst younger generations, which is why students were invited to attend.

The King met with Professor Anderson after the lecture to talk about his research interests on global change impacts on lakes in the Arctic.

Professor Anderson commented: “I really enjoyed meeting with the King to find out more about his interests in environmental problems and what he considers to be the most important issues facing Sweden today.

“My fellowship has given me the chance not only to re-connect with old colleagues when I was a post-doctoral researcher here, but also to forge new links with research groups.”

This fellowship is given to only one or two scientists each year and the recipient is selected by the Royal Swedish Academy of Sciences and King Carl Gustaf himself.