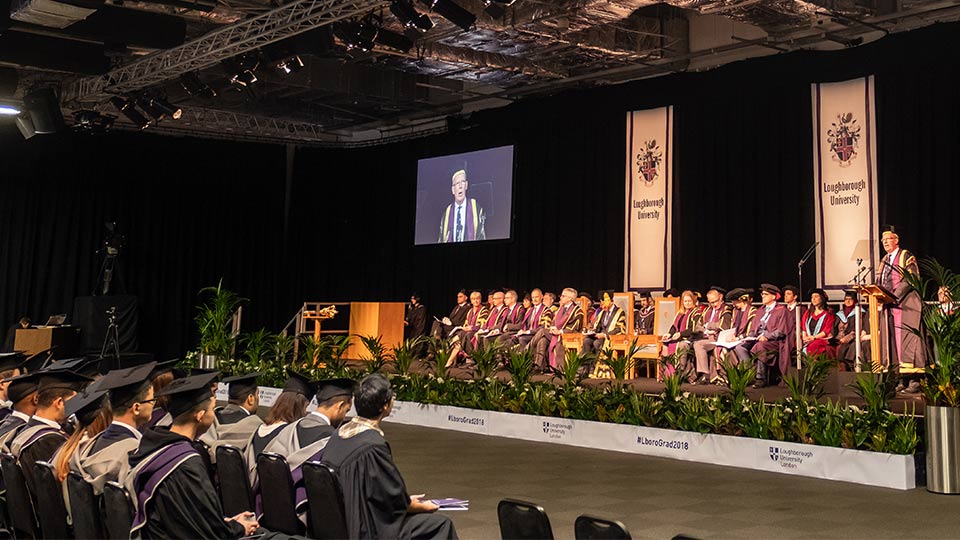 Loughborough University London celebrated its third graduation day yesterday (Wednesday 12 December), honouring the achievements of the class of 2018 and one of the country’s top surgeons.

The graduation ceremonies at the postgraduate campus were presided over by Lord Sebastian Coe, Chancellor of Loughborough University, and saw Professor the Lord Darzi of Denham receive an honorary Doctor of Science.

Lord Darzi is an academic surgeon and medical expert, who holds an array of impressive titles at renowned institutions – including the Paul Hamlyn Chair of Surgery at Imperial College London, the Royal Marsden Hospital and the Institute of Cancer Research.

He has established himself as a leading figure in global health policy and innovation and is considered a pioneer of robot-assisted procedures.

Lord Darzi was knighted for his services in medicine and surgery in 2002, made a member of Her Majesty’s Most Honourable Privy Council in June 2009, and in January 2016 he was awarded the Order of Merit by Her Majesty the Queen for exceptionally meritorious service towards the advancement of medicine. 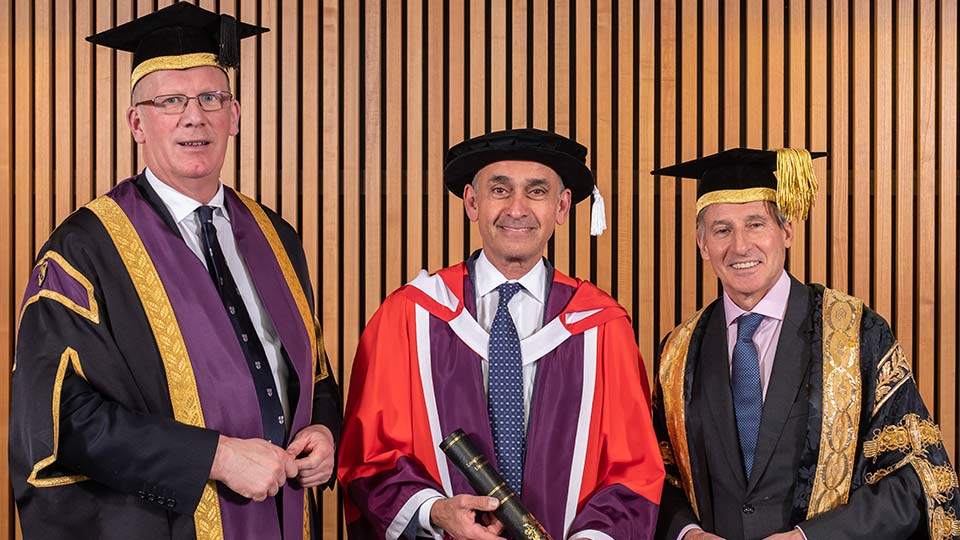 The outstanding surgeon has also previously shown his support for the research and enterprise activities of the Loughborough Design School.

Professor David Deacon, Acting Dean for Loughborough University London, said at the graduation ceremony: “Professor Darzi is whole-heartedly dedicated to his profession; he is an innovator that pushes for change; he is a problem solver – constantly looking for solutions that are of great benefit to society.

“Professor Darzi embodies all aspects of our ethos here at Loughborough University London and is an inspiring example to all our graduates here today.”

The graduation ceremonies were an opportunity to celebrate and honour Loughborough University London’s third cohort of students, many of whom have shown tremendous commitment to their studies.

One such student is Paul Ntulila, Loughborough University London's first deaf student who graduated with a Distinction in MSc in Diplomacy, Statecraft and Foreign Policy.

Paul, who became profoundly deaf at eight-months-old, has worked with numerous organisations, such as the NSPCC, to help them understand more about deaf needs. 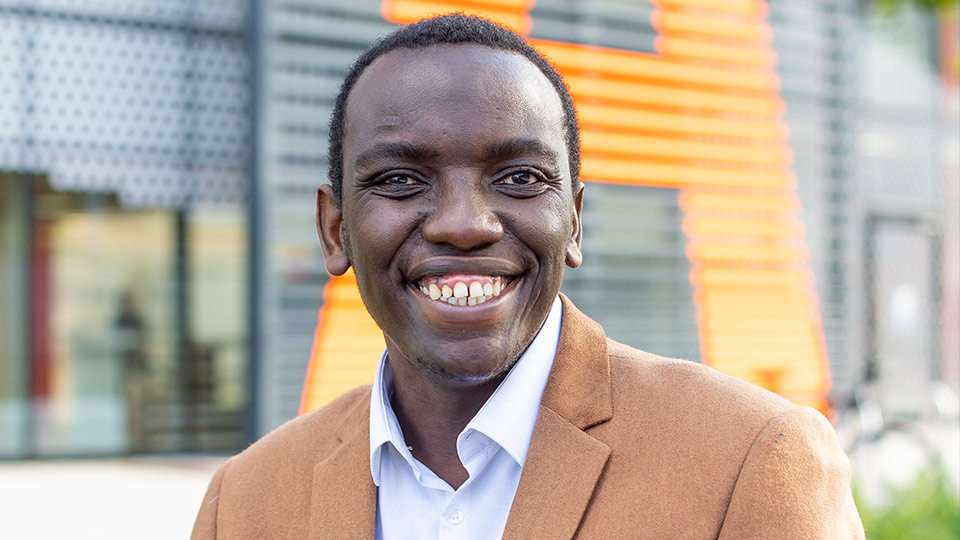 He has led deaf awareness training events, delivered motivational sessions to business professionals and he also appeared on BBC’s See Hear documentary as part of Black History Month where he shared his experience of being in both the deaf and black community.

The inspiring student, who chooses not to wear hearing aids, served as Chair of Newham Deaf Forum for five years and was appointed an ambassador of the Snowdon Trust earlier this year – a role that sees him support disabled students in higher education.

Commenting on his time at Loughborough University London, Paul said: “It has been a wonderful experience. I found both the environment inspiring and the support from everyone to be of very high standard.

“I was impressed by the degree of deaf and disabled awareness demonstrated by University staff and students, which I truly appreciated in my studies.

“I thoroughly enjoyed my course and I plan to use what I learned to succeed in my goal in entering the field of Diplomacy in the future.

“I could see myself becoming involved in diplomatic endeavours, lecturing, government work, and maybe even becoming the first deaf Prime Minister of the UK.”

Chevening Scholar student Júlia Pimenta Salazar, from Brazil, was also among those celebrating at the ceremonies, having graduated with an MSc in Sport Business and Innovation.

Her Loughborough University London highlights include becoming a Student Ambassador and pursuing an interesting project-based dissertation with West Ham United Foundation that looked at sport, social value and community.

In August 2018, Júlia became a Team Coordinator at Street Child United, which sees her organise sporting events for street-connected children in the run-up to big sporting competitions like the FIFA World Cup, Olympics and Cricket World Cup.

She brings international teams to the host country to compete, makes their voices heard and changes the way the world sees and treats street children. 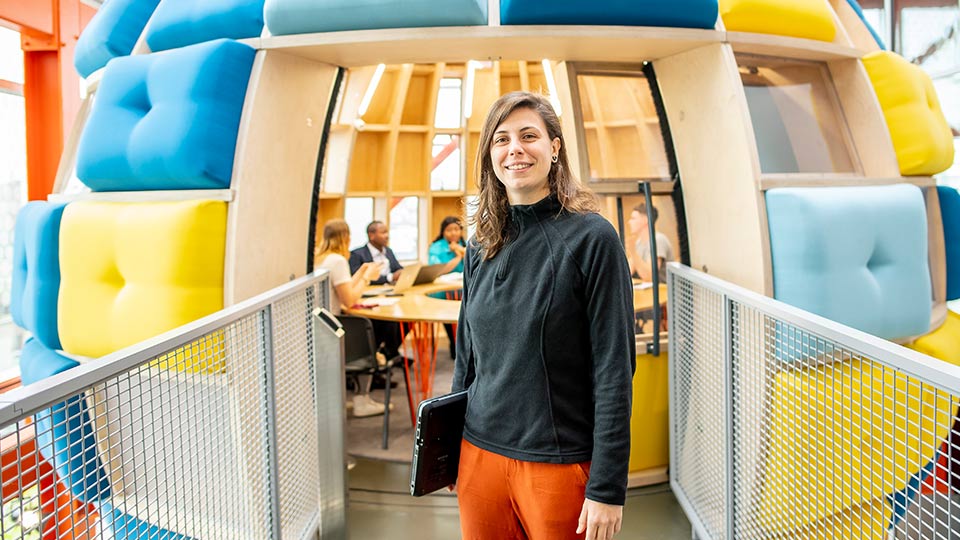 Of graduating, Júlia said: “I am very proud to be part of the Loughborough Family. Since the beginning, I was very welcomed by all staff, professors and students, expanding my network contacts, but also making friends.

“I can affirm that the time spent at the campus and all that was offered to me has a fundamental role in the professional I am today.

“The Collaborative Project, workshops, site visits, network sessions, and student ambassador scheme have all made me a well-prepared and confident professional.

“Currently, I am exactly where I would like to be: working in an organisation which uses the power of sport to empower people all around the world, creating a huge social impact.

“I will always be grateful to Loughborough and willing to contribute to the university in every way I can.”

Professor Deacon commented: “I am honoured to read out the names of each student at the graduation ceremony.

“They are the life-blood of our School and University and I welcome the opportunity to celebrate publicly what they have achieved through their ability and endeavour. My colleagues and I wish them every success for the future.”