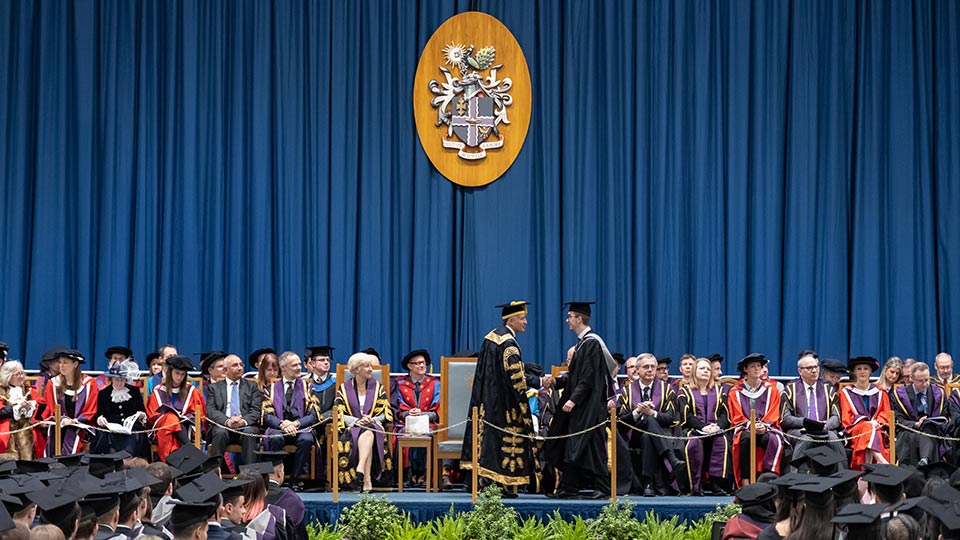 Loughborough University celebrated the achievements of hundreds of students at its winter graduation ceremonies yesterday and awarded honorary degrees to four Olympic hockey gold medallists that have done wonders for the sport.

Team GB’s Women’s Hockey team captivated audiences around the world two years ago with a series of incredible performances at the 2016 Rio Olympics.

The team took Gold for the first time in women’s hockey history and among the players were Loughborough alumnae Dr Hannah MacLeod, Madeleine Hinch, Nicola White and Giselle Ansley.

The hockey final in Brazil against reigning champions the Netherlands was gripping from start to finish and the impact of the team’s achievements can be seen in the public’s reaction to their win.

Since the team won Gold, it has been reported that more than 10,000 new players have been inspired to pick up a hockey stick and join a club, and since the 2012 London Olympics – where the team secured Bronze – the number of young girls in hockey has doubled.

All four players have been awarded MBEs in the Queen's New Year Honours for their contribution to the sport and achievements in Rio.

They returned to campus yesterday (Monday 17 December) to receive honorary doctorates from the University they all once studied at. 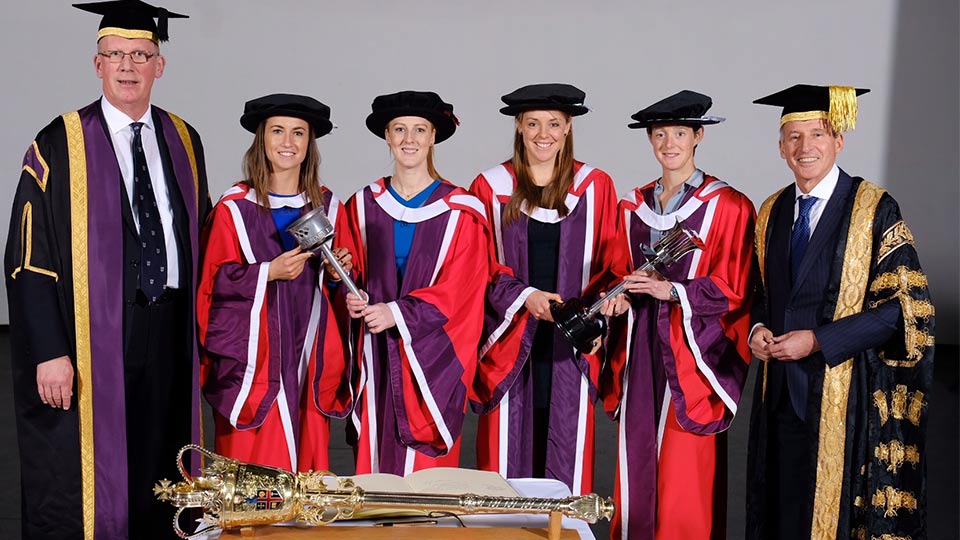 Hannah, Madeleine and Giselle graduated with a BSc in Sport and Exercise Science in 2005, 2013 and 2014, respectively, and Nicola graduated from Loughborough College in 2013 with a BSc in Applied Sports Science.

Speaking at the ceremony, Loughborough University's Vice-Chancellor Professor Robert Allison said: “Although two years have now passed, the excitement and impact of Team GB’s exhilarating performance at the 2016 Rio Olympics lives on.

“Amongst the throng of incredible performances, there was one team that really captured the nation’s heart with their winning ways: Team GB’s Women’s Hockey team.

“It is with great pride that I stand here with these four outstanding Loughborough alumnae today.” 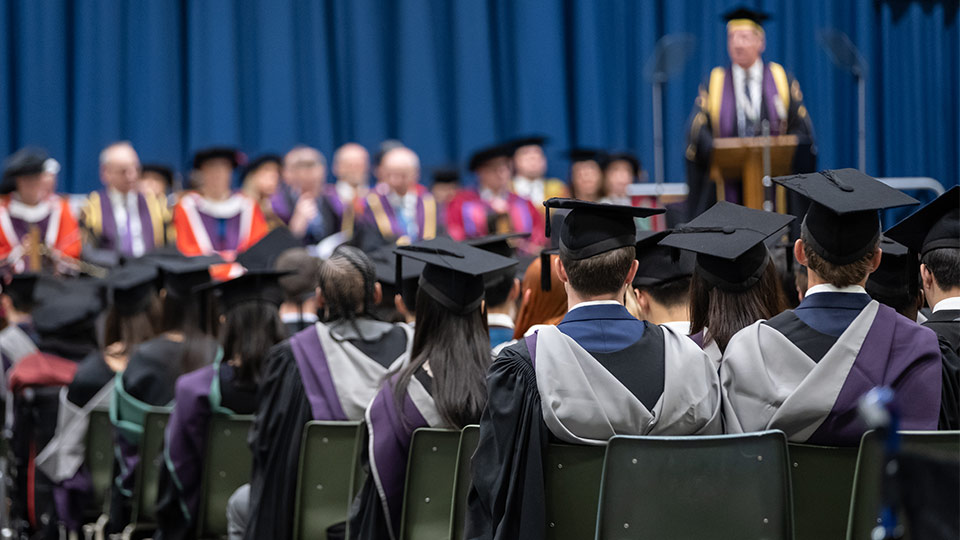 Students at the 2018 winter graduation ceremonies.

The graduation ceremonies were presided over by Chancellor of Loughborough University, Lord Sebastian Coe.

They were an opportunity to celebrate and honour the University’s class of 2018, many of whom have shown tremendous commitment to their studies.

One such student is Samantha-Jane ‘Sammy’ Parris, who graduated with BA in English Literature.

Sammy comes from the small island of Jersey and says moving away from her family and twin sister was the “biggest risk” she has ever taken.

She has a complex case of cerebral palsy that affects all four of her limbs and causes painful muscle spasms and processing issues.

Sammy, who uses a wheelchair to get around, received support from the University from the get-go and gradually got used to the Loughborough routine, working out the flat routes to lectures and connecting with tutors.

However, the pressure of third year mounted on Sammy, who has struggled with anorexia, anxiety and depression since losing her father at the age of 16.

Despite continued support from the University and the English department, her illnesses spiralled out of control and in Easter 2017 she had to be hospitalised.

She was told to put her learning on hold but she returned to her studies in September 2017, determined to complete her degree.

This time Sammy was more vocal about her struggles and opted to complete her degree from home.

The English department and Student Services worked closely together to ensure adjustments were in place and that she could undertake oral assessments across all modules, rather than written.

Thanks to her perseverance, Sammy has graduated with a 2:1 and has decided to share her story in the hope it will help other students facing hardship. 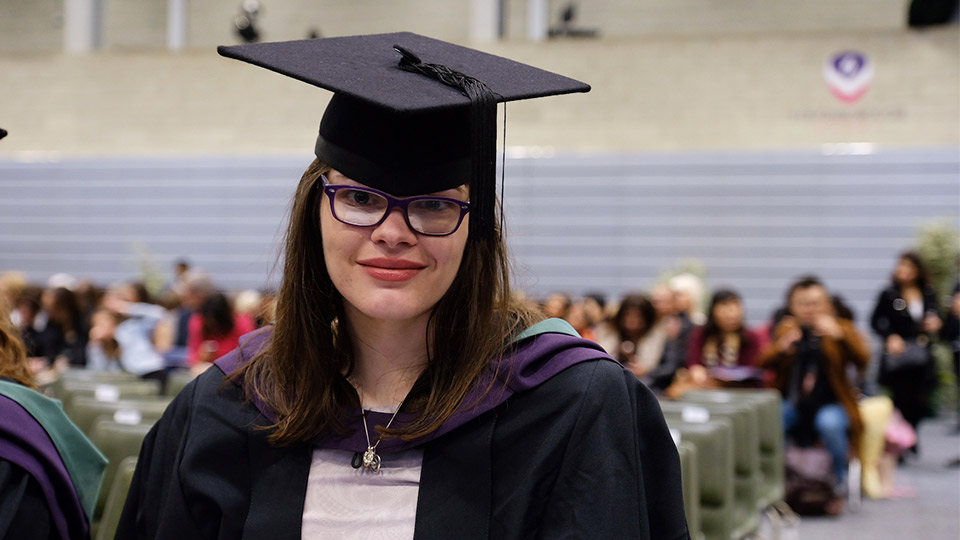 She said: “I knew that I loved my education more than I was willing to let my disability or anything else hold me back, but I learnt that people cannot help you if you don’t let them.

“When I returned to University, I took control. I told somebody. I asked for the help that I wished I had asked for in the first place.

“I cannot thank the English department and Student Services enough for providing the support they have done.

“The department did everything to make me feel comfortable and at ease while doing the oral assessments; a familiar environment, a friendly face and all the time and rest breaks I needed.

“I’m not going to lie, it was tough, however, I got through it and got some marks that I can be proud of.

“My advice for other students would be to establish a good relationship with tutors, both the ones who teach you and the ones generally in the department - you never know who could help!

“Secondly, when you need help ask! Ask before the problem gets too big, even if you think you’re being silly, you’re probably not!”

Kamaldeen Ibrahim was also among those celebrating yesterday, having graduated with an MSc in Information Management and Business Technology.

Kamal, who is originally from Nigeria, was appointed Loughborough Students’ Union Postgraduate Executive Officer in September 2018 and has helped boost engagement between the Students’ Union and the postgraduate community since being in the role. 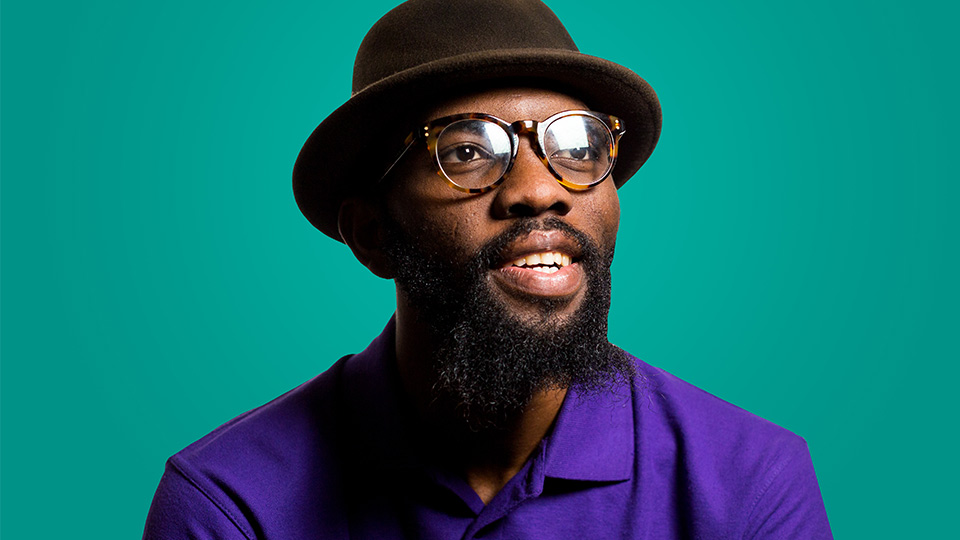 He said of his time at the University: “I can’t exactly put into words how much I’ve enjoyed my time here – the people I’ve met, what I’ve learnt and how all of this has impacted my personal and professional development.

“Choosing Loughborough has been one of the easiest decisions of my life and turned to be one of the best. Hence why I wanted to leave my mark at this great institution by being part of the Students' Union.”

Loughborough Lightning’s Peace Proscovia also collected her degree yesterday, having graduated with an MSc in Marketing.

Widely regarded as the best netball goal shooter in the world, Peace is leaving Loughborough and heading down under to play for another Lightning side in the form of Sunshine Coast Lightning, whilst also furthering her studies by undertaking a PhD at the University of the Sunshine Coast.

Peace previously said: “I really have no words to discuss my gratitude towards Loughborough University – they have made me what I am today.

“The staff are amazing and have been so dear to me, pushing me up to this level of a master’s, which has been a very tremendous move in my life and I am so grateful.

“Loughborough University gives you an environment where you can excel in sport whilst at the same time excelling in academia.