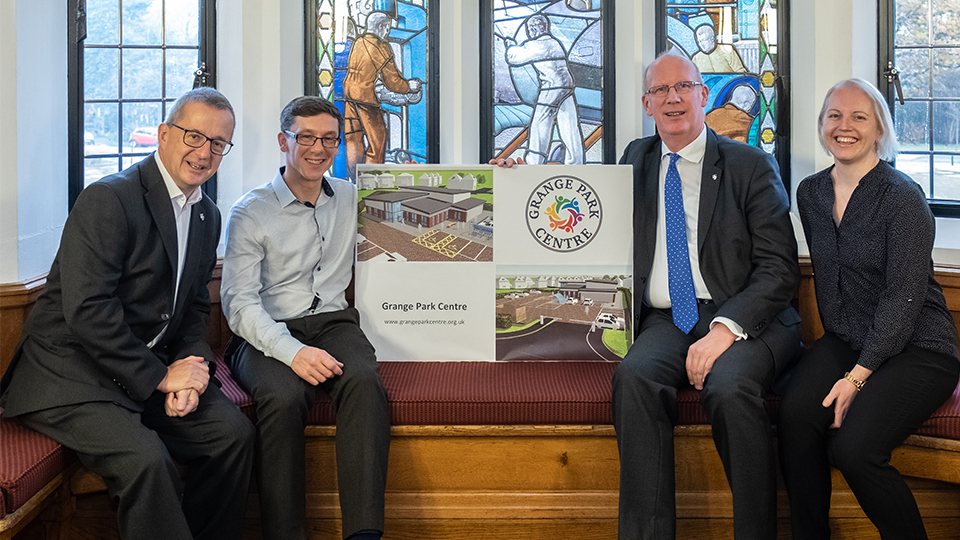 Loughborough University is pleased to announce it has provided funding for the Grange Park Centre which now means building work can commence.

The Centre will be based in the Shelthorpe Ward of Loughborough where a dedicated community facility will be available for the first time.

It aims to provide a new space for the residents in the area to engage in activities such as counselling, advice, training for older people in IT skills, parent and toddler groups, fitness and gardening classes as well as youth clubs and private events.

Architectural plans for the Centre were first unveiled in September 2017 and the team involved have raised over £670,000 in just 12 months to allow the project to progress.

The Centre has also received donations from a number of organisations, including the Big Lottery Reaching Communities Building Fund, Charnwood Borough Council and numerous charitable trusts.

The University has provided the funding through its Community Donations Fund, an initiative which sets aside a budget each year to financially support community groups and organisations across Charnwood.

Paul Gadd, Chair and Trustee of the Grange Park Centre, commented: “We had a funding gap of £18,000 preventing us from moving forward with the building construction.

“When I received an email from the University to tell me they had decided to bridge that gap, I was overwhelmed and speechless. It is such an exhilarating feeling for us to know that after so many years and such hard work by so many volunteers, we can now move forward with the project to make it happen.

Jon Walker, Chair of the Community Donations Committee and the University’s Director of Enterprise Development, added: “The University is delighted to be able to make this grant to the Grange Park Centre enabling the project to move forward.

“Centres play a vital role in building communities, bringing people together and providing valuable support services. We have previously been able to support a range of other local centres over the years, and our support for this latest project underlines our commitment to invest in local communities in Loughborough.”

Since its inception in 2009, the University has provided over £80,000 to support community centres including the Marios Tinenti Centre, Altogether Place, The Hut, John Storer House, Fearon Hall and the Shree Ram Krishna Centre.