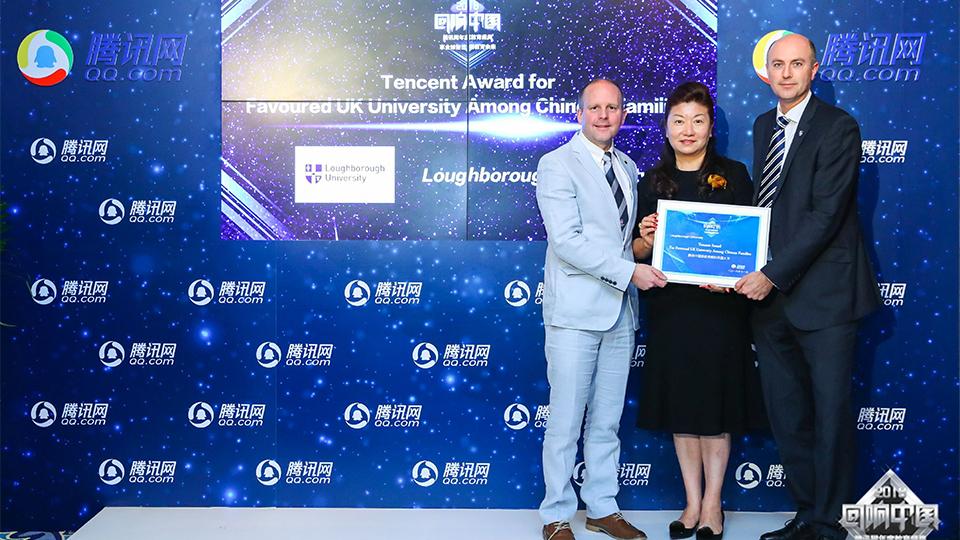 Loughborough University’s ongoing popularity in China with students and their families has been recognised with an award from Tencent, the Chinese tech giant.

Charlie Carter, Director of Loughborough University’s International Office, accepted the ‘2018 Tencent Award for Favoured UK University among Chinese families’ at the prestigious ceremony held in Beijing earlier this month. It is the first time that international universities have been eligible for the Tencent awards.

Tencent looked at a range of factors in deciding on the award including analysis of web traffic and the universities' Chinese social media pages, and also surveyed current and prospective Chinese students and their families.

Simon Foster, Deputy Director of the International Office at Loughborough, said of the award: “We were delighted to receive this very prestigious honour. The International Office team make regular visits to China to find out what students look for in a university and we look very closely at our curriculum to see if it is relevant to international students, specifically those from China. I think that played a big part in being recognised with the award.

“Loughborough is also a very safe campus and we are ranked top in the country in terms of student experience, which the Chinese students appreciate."