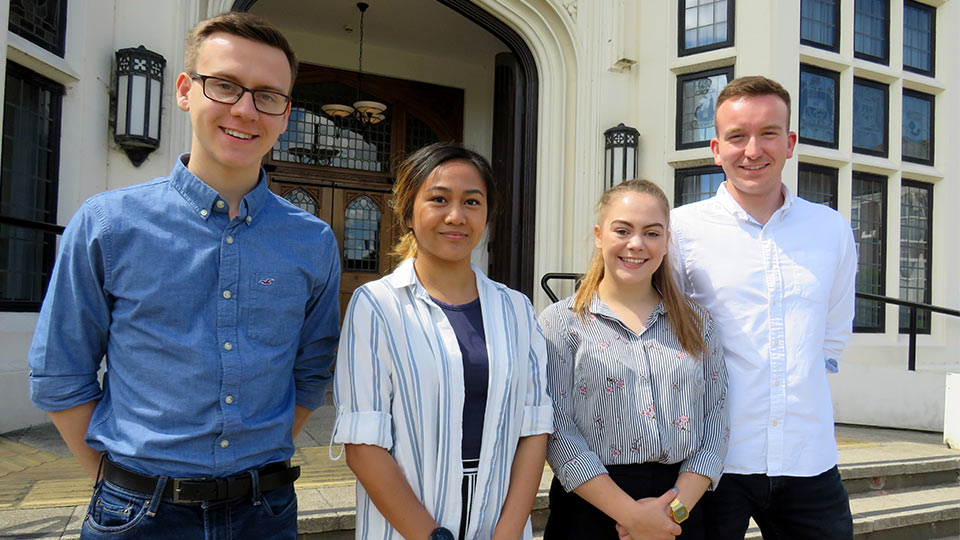 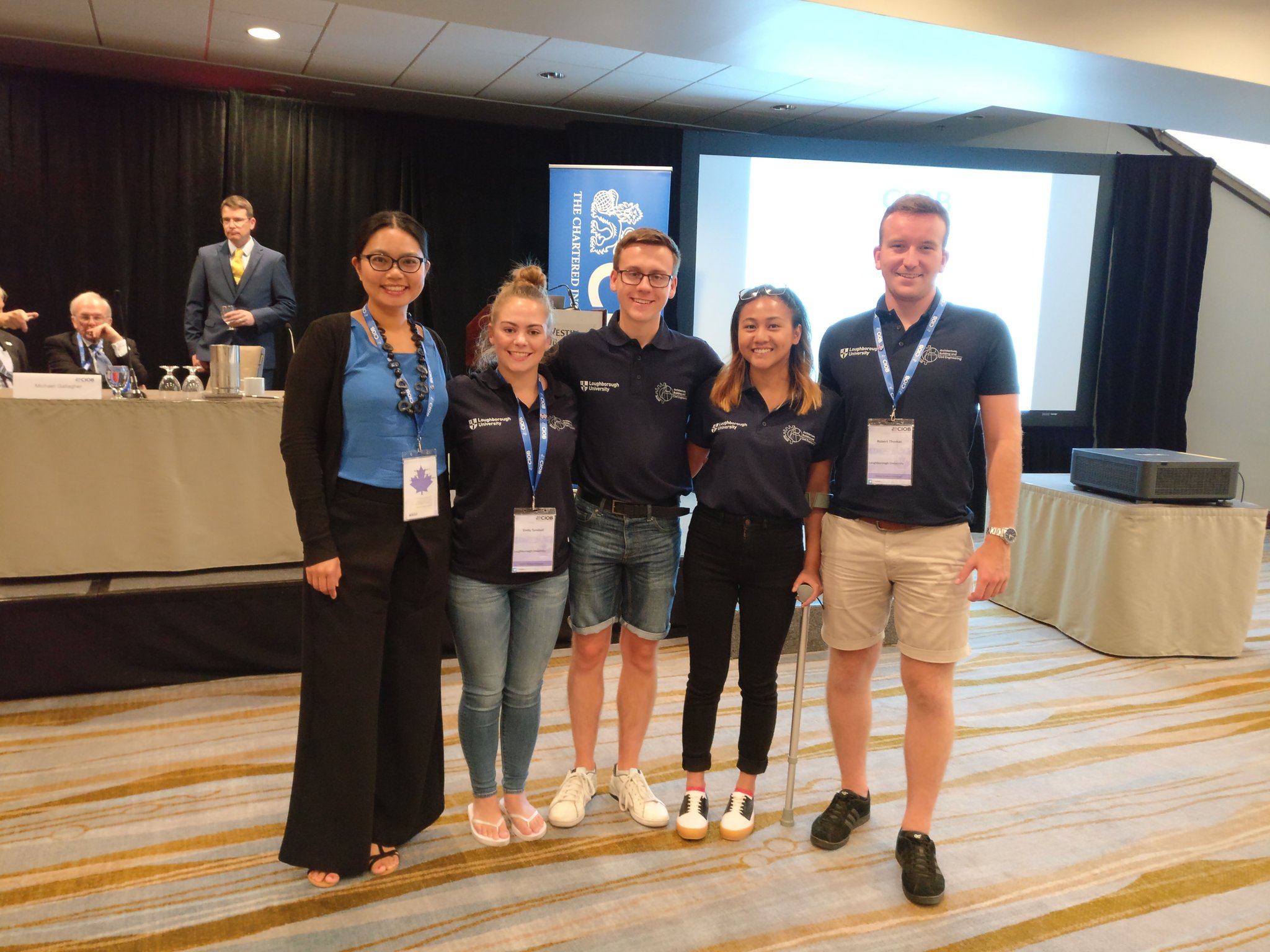 Dr Vivien Chow with the students in Toronto.

The challenge aims to identify and shape the construction leaders of tomorrow and tasks teams of four students with managing their own virtual construction company.

The competition utilises MERIT (Management Enterprise Risk Innovation and Teamwork) – an online game that simulates management of a construction company.

The software was developed by Loughborough University and has been used to train young professionals since 1998.

The four Loughborough students, or team Ares as they are known, were one of six groups to qualify for the final after beating off competition from more than 60 other student teams from around the world.

George Brown College took the winning title, followed by RMIT and Loughborough University came third, placing strongly in the final for the second year in a row.

Hope Organista said the finals were challenging and really tested the team’s “teamwork and reliance on each other”.

Speaking of the overall experience, Hope said: “It was an amazing opportunity to take part in and the CIOB organised amazing events such as networking, the Toronto Harbour Cruise and the President’s dinner. For me, I really enjoyed the trip as a whole; it was great and memorable!”

When asked if he would recommend entering the competition to other Loughborough students, Owen said: “I would advise students to just give it a go. If you put the effort in during the early years, you’ll be in with a good shout of getting to the final!”

Dr Vivien Chow, of the School of Architecture, Building and Civil Engineering, accompanied the students to Canada.

She commented: “The team had a terrific time in Toronto and I am so proud of all they have achieved.”

More information on Team Ares Toronto trip and experience in the finals can be found on the dedicated Loughborough Life blog post.