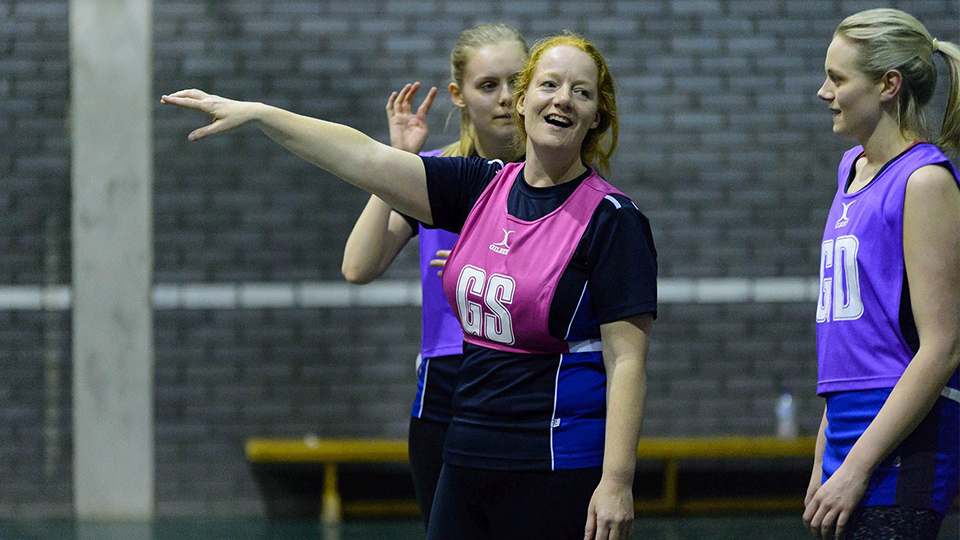 Loughborough academics will be leading the evaluation of an England Netball programme delivering walking netball sessions in collaboration with the National Federation of Women’s Institutes (NFWI).

England Netball and the NFWI announced a partnership earlier this year that will see walking netball sessions provided to WIs across the country.

The Sport England-funded project will involve England Netball trained hosts delivering walking netball sessions to WIs and training members as hosts to allow them to continue delivering the programme in the future.

Over 200 WIs have expressed an interest in being part of the project.

The project is aimed at encouraging WI members to stay active and take part in a team sport which is fun, sociable and rewarding. The WI is also hoping to learn more about the social benefits that the sport can bring, such as reducing loneliness and isolation.

Dr Florence Kinnafick will lead the evaluation, working with Emma Adams and Dr Stephen Bailey from the School of Sport, Exercise and Health Sciences at Loughborough University.

The three-year project will use a mixed methods design including surveys, focus groups, interviews and objective field tests for physical performance. The team will implement the RE-AIM framework to assess the programme’s reach, how well it is implemented and adopted, and the long-term effects of the programme.

The evaluation will look at sources of support and whether coaches and peers affect the quality of motivation among participants. It will also look at links to social wellbeing, so how the programme impacts on relationships and social networks, loneliness and mental health. Physical performance measures including sit-to-stand exercises and a four-minute walk test will be used to measure changes in fitness levels.

Dr Kinnafick said: “We are delighted to be working with England Netball and the NFWI on this great project aimed at getting more women to be active. Evaluating interventions such as this is really important to be able to demonstrate the impact the programme has on the participants and to inform future initiatives.”

Chris Lillistone, Insight Manager at England Netball added: “England Netball is delighted to be working with Loughborough University on this exciting project.

"Loughborough University brings a wealth of experience in evaluating similar projects which should enable us to confidently demonstrate whether Walking Netball can engage and retain a network of women into activity in the long term, as well as make an impact upon social engagement and fitness levels.”