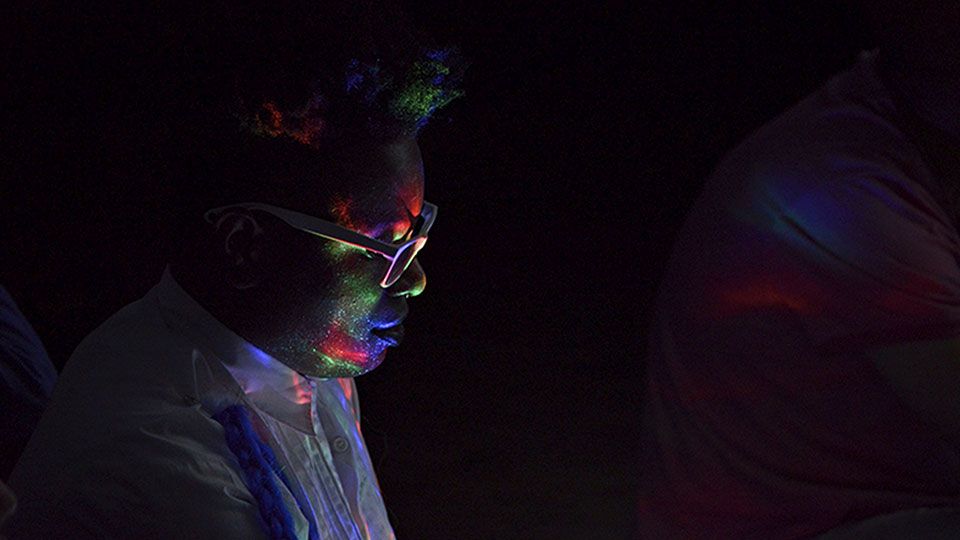 Artists and academics are to come together at an innovative LU Arts event to explore the relationships between black people, music and movement.

Music, Movement, Power: Blackness and Sonic Resistance will look at the myriad of forces that prevent, enable and force movement and how they disproportionately affect black people.

The multimedia event, taking place at Martin Hall Theatre on Thursday, 19 April, will pose and attempt to answer various questions on the topic.

It will ask: What is the relationship between grime and social housing? What does it mean when songs can cross borders but people can’t? How might music work within, against, and beyond a world in which free movement is denied to so many?

The discussion will also highlight how being made to move is not always a negative phenomenon and how a number of black musicians and artists have explored the role that music can play in creating times and spaces of collective empowerment to undermine, resist and overcome power structures.

There will be contributions from Dr James Esson, of the Department of Geography, Dr Richard Bramwell, of the School of Social Sciences, BSc Media, Culture and Society student Majd Alsaif and artists Evan Ifekoya and Xana.

Majd Alsaif, who is on the Loughborough Students’ Union’s Ethnic Minorities Network committee, said: “I think this event is important, mainly because of the topics it explores.

“A lot of us, including myself, perceive musical spaces as safe spaces where the outside world can't really get in, but this serves as a reminder that all spaces are political and thinking about themes that coexist with our interactions in these spaces could help make it better, safer and more inclusive.”

Music, Movement, Power: Blackness and Sonic Resistance is being presented by Radar and the Ethnic Minorities Network.

It is the second in a series of public events being held as part of (re)composition – Radar’s commissioning programme for 2017/18 which explores how music makes place and place makes music.

Radar is LU Arts’ contemporary arts programme that engages with academic research. For (re)composition it is working with academics from the Department of Geography.

Dr David Bell, LU Arts Programme Co-ordinator, commented: “Radar is delighted to have worked with Loughborough’s Ethnic Minorities Network to bring together Loughborough students, academics, and internationally renowned artists to explore such a vital set of issues as part of the ongoing (re)composition programme.”

Music, Movement, Power: Blackness and Sonic Resistance will run from 6pm-8pm. It is free to attend and places can be booked here.

For more on the evening and the speakers, visit the dedicated event page. Further information on (re)composition can be found on the Radar webpage.