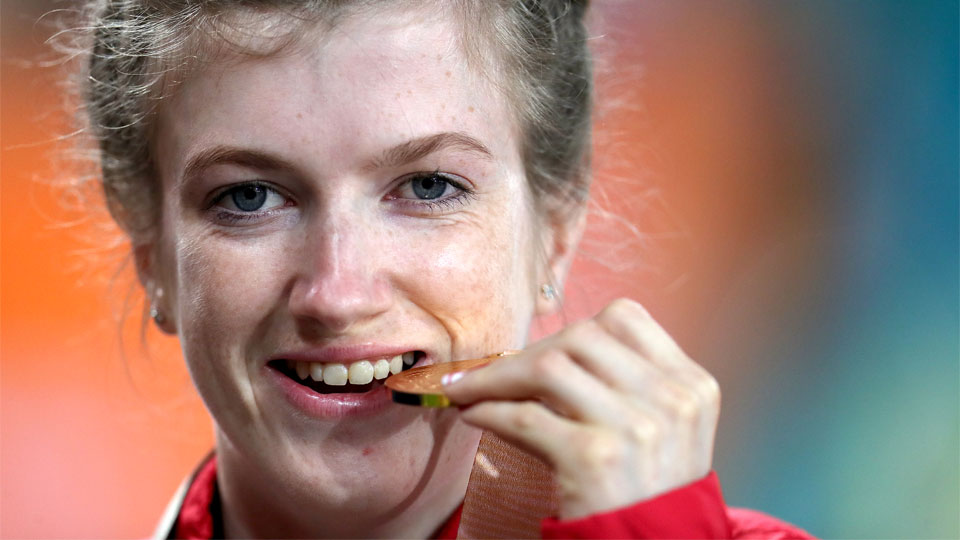 The 21-year-old comfortably crossed the line in a time of 12.46s, with fellow Loughborough-based athlete Olivia Breen claiming bronze for Wales in a time of 13.35s.

Watch Hahn and Breen in action on the BBC Sport website.