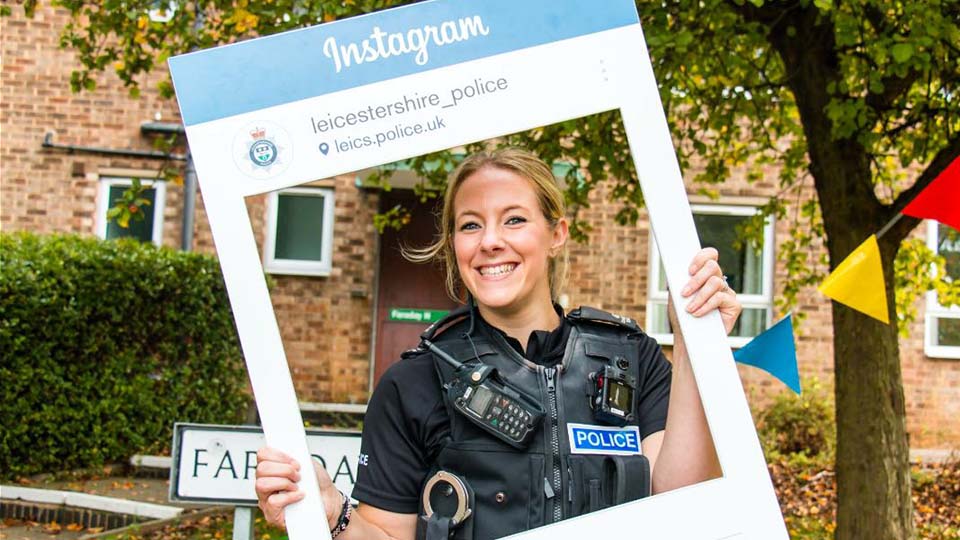 The neighbourhood officer for Loughborough University has been named Leicestershire Police’s Dedicated Neighbourhood Officer of the Year 2017.

PC Charlotte Dickens has been recognised for her work with the University, where she works tirelessly to engage students and local residents in crime prevention campaigns.

She joined the force in 2007 as a response officer, then as part of the Neighbourhood Action Team, before becoming a Dedicated Neighbourhood Officer for the Loughborough Central beat with a specific focus on Loughborough University in September 2011.

On receiving her award at the Chief Constable’s Commendation Ceremony today (4 October) she said: “I feel very humbled and proud to be nominated. It is a real team effort and I couldn’t do it without the support of the great PCSOs and the beat team that I work with.

“I feel very privileged to work with a University that engages so well with the police and partner agencies and embraces my ideas.”

Inspector James White, who nominated Charlotte for the award, said: “Charlotte is an exemplary officer. Her motivation to provide an excellent service is inspiring. I am very pleased that her contribution to neighbourhood policing has been recognised.

“She balances this role well, ensuring that a programme of events is in place to highlight the types of crimes which students are vulnerable to, but also promoting responsible citizenship and respect for their neighbours.”

Charlotte recognises that students don’t always engage with a leaflet or poster, and she is known for her creative ways of getting her crime prevention messages across.

These have included helping to deliver key messages in pizza boxes, placing balloons through open windows and doors to highlight burglary risks, and using billboards and electronic traffic signs on the route between the University and main areas of student housing to ensure that the crime prevention messages grab attention.

She was also responsible for providing each newly arrived student with a bag of pasta with crime prevention information attached for this year’s Fresher’s Week. She is a keen user of social media and regularly posts engaging video messages for students on her Twitter and Facebook accounts.

Manuel Alonso, Director of Student Services at Loughborough University, said: “We feel really lucky to have Charlotte as our beat officer. She works really hard to establish a rapport with students and keep the campus safe.

“The University continues to move up league tables nationally and internationally, and she is a key part of the strong local partnerships that will help to keep us at the top.”