An industry-first technology developed by Loughborough University has the potential to significantly cut nitrogen oxide (NOx) emissions in diesel engines. 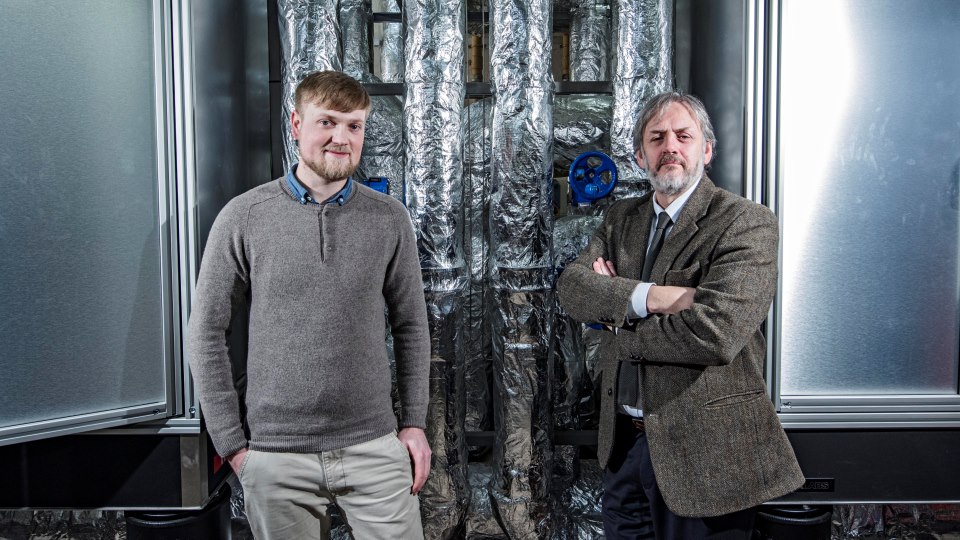 In 2015 the Government estimated that exposure to NOx and particulate matter emissions from diesel engines lead to around 52,000 additional deaths in the UK. NOx emissions are also the primary cause of smog in major cities around the world and a growing public health concern.

This has led to growing pressure on vehicle manufacturers to reduce engine emissions, with new European NOx reduction targets for on-highway and heavy-duty diesel vehicles now so low they are almost impossible to meet.

The Ammonia Creation and Conversion Technology (ACCT) created by academics from the University’s School of Mechanical, Electrical and Manufacturing Engineering  effectively increases the capacity of existing on engine after treatment systems.

Currently almost all new diesel vehicles are fitted with a Selective Catalytic Reduction (SCR) system to try and remove NOx produced by combustion. This system uses AdBlue™ to safely provide the ammonia required to reduce NOx into harmless nitrogen and water.

The drawback is that AdBlue™ only functions well at high exhaust temperatures, typically in excess of 250ºC. Therefore, the SCR does not necessarily operate at all engine conditions, for example, during short, stop-start commutes, particularly in urban areas or on construction sites.

What’s more, use of AdBlue™ at these problematic lower temperatures can result in severe exhaust blockages and subsequent engine damage.

ACCT is an AdBlue™ conversion technology that uses waste energy to modify AdBlue™ to work effectively at these lower exhaust temperatures. By greatly extending the temperature range at which SCR systems can operate the new technology significantly enhances existing NOx reduction systems.

ACCT is the only technology of its kind in the world.

“We are all familiar with the ‘cold start’, where diesel vehicles spew out plumes of toxic emissions before their catalytic systems are up to temperature and able to work effectively,” explains Professor Hargrave.

“Unfortunately with many vehicles doing short stop/start journeys, such as buses and construction vehicles, many engines never reach the optimal temperature required for the SCR systems to operate efficiently. The result is excessive NOx being released into the urban environment, especially in large cities.

“Our system enables the SCR systems to work at much lower temperatures – as low as 60oC. This means that the NOx reduction system remains active through the whole real world driving cycle, leading to significant reductions in tailpipe emissions.”

Currently the Loughborough technology has been tailored for HGV’s, however the same system is fully scalable for use in all diesel vehicles.

“No viable alternative to the diesel engine currently exists for the heavy duty market and is going to be in use for many more years,” added Jonathan Wilson. “Systems are needed now that tackle NOx emissions, to help reduce the number of air pollution related deaths and enable vehicle manufactures to meet the ever reducing emissions targets set by the Government. ACCT is the answer.”

“It is likely that emissions legislation will become even tighter and vehicle manufacturers will need to develop technologies to address this, and it is our belief that the ACCT technology should be further developed as it could help address this challenge in the real world.”