Parents, don’t give up! Here are three effective methods for encouraging your kids to eat their vegetables 12 June 2017

Parents should not give up on encouraging their children to eat their greens. 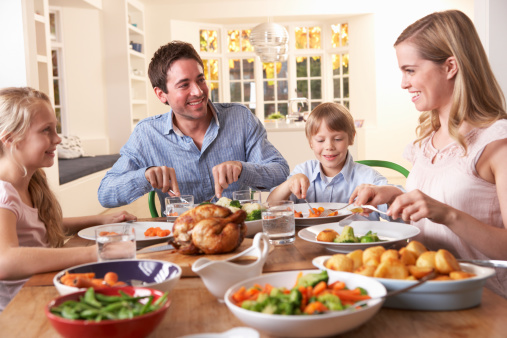 This is the advice of researchers at Loughborough University who found that ‘repeated exposure’ to vegetables at snack and mealtimes worked when trying to improve a child’s diet.

The study, which reviewed a number of previously proposed methods for increasing the number of vegetables children eat, recommended the three most effective approaches for parents to take.

The most successful, involved making greens a daily part of a youngster’s meal –and continuing to offer the herbivorous additions each day even if they are not accepted at first.

Dr Emma Haycraft, Senior Lecturer in Psychology at Loughborough, explained that ‘repeatedly offering’ the unwanted food over a period of time, which could be weeks or even months depending on the child’s resistance, was the most effective way of encouraging vegetable consumption.

“Don’t give up! But don’t pressure them,” she said. “I was 27 before I started to like olives!

“It might feel as if they’ll never accept vegetables, but tastes are always changing.

“Gentle encouragement to try a disliked food is important for helping children to learn to like new tastes.

“We know that children’s fussy eating peaks around two years of age.

“And it seems that younger children may be more amenable to change their behaviour before habits become too deeply ingrained.”

The other recommendations included offering ‘non-food’ rewards to youngsters who overcame their aversion and ate their greens, and for parents to eat the same meal as their children.

“My study used 135 families from Leicestershire who were asked to offer their child a raw vegetable which the child didn’t like every day at snack time for two weeks.

“Offering a piece of a disliked vegetable to children daily for two weeks and giving them a sticker, or another reward, in exchange for trying the vegetable helps them to like and eat the vegetable.

“Parents modelling how much they like the vegetable also appears to help children to be more willing try them.”

Mum Alison Baines, 40, from Loughborough, took part in the study in a bid to convince her then three-year-old daughter Isla to eat tomatoes.

“She showed absolutely no interest at first,” said Alison. “And she’d never eaten them before – not properly anyway, maybe in one of those baby puree dinners.

“But after about a month of offering them every day she finally started to accept them as part of her dinner and still likes them today.”

All of the recommendations are explained in the academic paper, A Systematic Review of Methods for Increasing Vegetable Consumption in Early Childhood, published in the journal Current Nutrition Reports, last month.

The paper draws together findings from a variety of recent research studies to highlight what appears to be the most effective ways to increase children’s vegetable consumption.

As well as using data from the Loughborough study, the research also took into account the findings from seven past papers, which were all aimed at a similar or identical goal – using repeated exposure to encourage young children to eat veg.

Dr Haycraft said: “There are 40 million children under five, globally, who are overweight or obese.

“In the UK, children’s and adults’ vegetable consumption falls well below the recommended levels of five-per-day.”

Studies have shown that eating diets rich in fruits and vegetables are important for reducing children’s caloric intake and decreasing the risk of obesity.

They can also prevent against the development of many non-communicable diseases.

Dr Holley added: “Recent evidence from the World Health Organisation asserts that low fruit and vegetable intake is one of the five leading behavioural and dietary risk factors for cancer development, so eating a healthy diet really is important for child and adult health.”