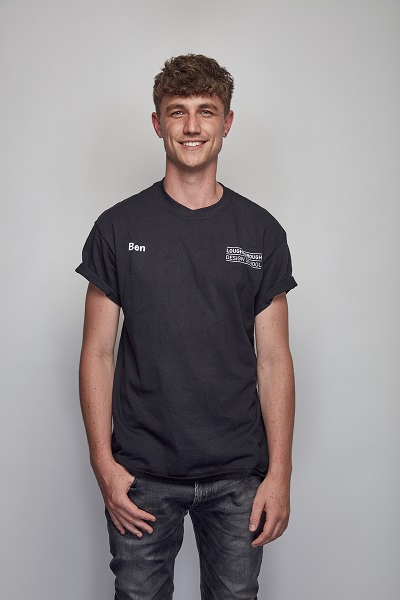 The prestigious event was held in London and saw former students from Loughborough’s Design School claim accolades in several closely-fought categories, sponsored by some of the biggest names in retail.

Each year, the show brings together thousands of promising graduate talent from university design courses across the country and puts them before consumers and industry professionals.

During the show, which took place at the Business Design Centre, in Islington, between June 27 and July 7, graduates such as Loughborough’s Ben Cullis-Watson, unveiled a range of exhibits including illustrations, animations, furniture, fashion and gaming.

Ben’s work, titled Taihi (pictured above), a kitchen composter which uses the Japanese Bokashi method for breaking down organic household material, was highlighted as outstanding and he was presented with the Joseph Joseph Brilliantly Useful Award and the Tesco Award.

Judges said his work showed a “great understanding of customer insight that has been executed in a thoughtful and considered way to help combat food waste”.
His prizes were £1000 (Tesco), £500 to spend on Joseph Joseph products, an expense-paid placement of four weeks with the Tesco head office design team, and a six-month paid internship with Joseph Joseph.

Talking about the occasion, Ben said: “It really was an incredible experience.

“To receive recognition from two huge companies such as Tesco and Joseph Joseph is amazing, especially after all the hard work that went into this past year.

“The internships they are also offering as part of the awards are such a fantastic opportunity to learn from two really experienced teams, and which hopefully will kick start my career.
“The whole Loughborough team had worked so hard to get there and so for us to win four awards was very special.

“They are such a talented group, and great people - I’m really glad I got to share this experience with them.”

Winner of the Virgin Atlantic Award, Laurie Hills, impressed the panel, and was praised for his desalinator – a device which creates drinkable water from sea water and which was made for helping those caught up in natural disasters.

Abidur Chowdhury’s asthma management system – an apparatus which helps people cope with the condition – won him the Kenwood Appliances Award and £1,000.
He will also get the opportunity to work with Kenwood on developing his project.

New Designers was officially opened on July 5, by Corinna Gardner, Acting Keeper of the Design, Architecture and Digital Department, at the Victoria and Albert Museum.

She also presented the awards to this year’s talented design graduates, in a range of fields such as furniture, product, industrial, spatial, graphic, illustration, animation, motion and digital design.