Hundreds of thousands of disadvantaged children are at risk of malnutrition, ill-health and hunger this summer due to a six-week break from the vital nutrition of free school meals. 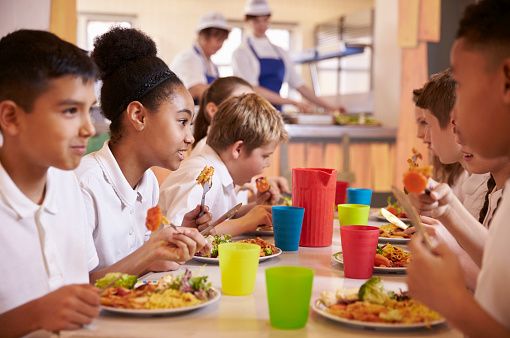 What should be a time of enjoyment for Britain’s 4.6 million youngsters, aged between six and 16-years-old, is in many cases a battle against food poverty.

In many cases it is their only source of nutrition.

And, research has shown that children with poor eating habits, who are not consuming a nutritious diet, display poorer cognitive, psychological and physical well-being.

Now, in a bid to combat the negative implications of ‘holiday hunger’ academics from Loughborough University have teamed up with a new charitable project from StreetGames, called Fit and Fed, to help ease the impact of food poverty for families all over the UK.

“Moreover, research suggests that six to 11-year-old children, from families which have limited access to adequate food, score significantly lower on maths tests, and are at an increased risk of mood and anxiety disorders, as well as substance abuse.

Fit and Fed is now launching nationwide with an aim to serve at least 12,000 healthy lunches during the 2017 summer holidays.

Dr Emma Haycraft, who also worked on the project, said: “With a lack of funding currently available for projects like Fit and Fed, it is vitally important to raise awareness of the issue of holiday hunger and the profound negative impact it can have on children’s health and wellbeing.

“While the Fit and Fed pilot project made a valuable start with tackling this, group leaders reported a lack of staff, facilities, food and other resources.

“With further funding, the reach of projects like Fit and Fed could be broadened to provide benefit to far greater numbers of children likely to be affected.”

For more information about Fit and Fed visit: streetgames.org