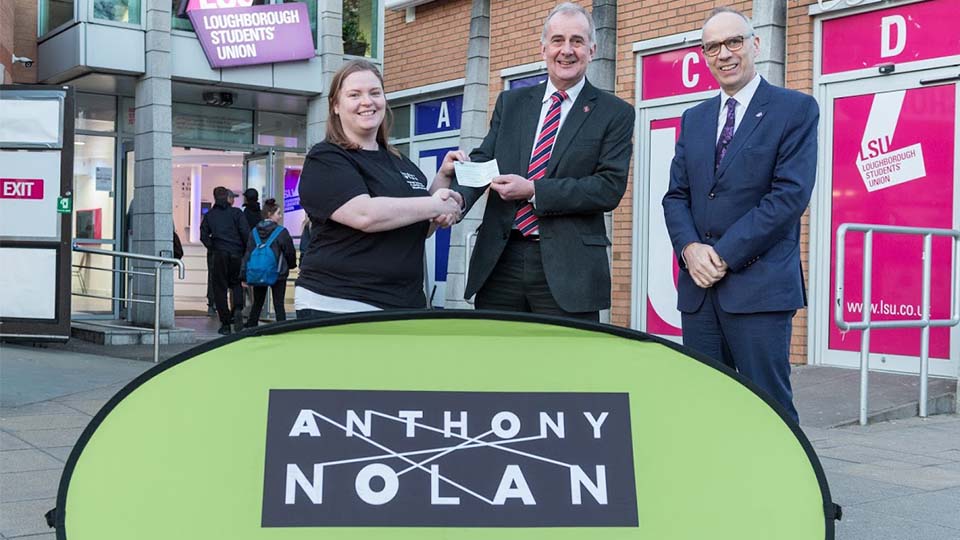 Loughborough University has donated £780.00 to Anthony Nolan, an international charity dedicated to saving the lives of people with blood cancer.

The funds were raised through the 2016 staff survey, where the University donated one pound for every completed survey to one of three nominated charities.

Loughborough recently partnered with Anthony Nolan, as well as the Rik Basra Leukaemia Campaign and Loughborough Students’ Union, for ‘Spit Happens’ – a major campus-wide drive which smashed the national record for the number of stem cell donors recruited at a university in one day.

The cheque was presented to Ann O’Leary, Head of Register Development at Anthony Nolan, during the Spit Happens event last month.

Rob Allan, Director of Human Resources at Loughborough, said: “The University continues to show tremendous support for charitable fundraising, from both staff and students, with Loughborough Students’ Union Rag raising over £1 million every year.

“The support for the Spit Happens event was fantastic, with 486 students and staff volunteering their time to register potential donors. We are pleased to further support this important cause with a cash donation.”

Further information on how to support the work of Anthony Nolan, including details on joining the register, is available here.