Russia has officially confirmed it is treating the April 3, bombing of St Petersburg subway as an act of terrorism, writes Dr Lewis Herrington - an expert in international security at Loughborough University. 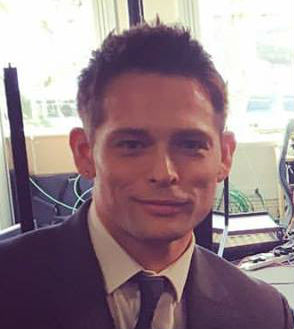 Taking into consideration the pivotal role Russia has played in debilitating the Islamic State, it would be natural to anticipate ISIS will shortly claim responsibility.

Drawing parallels with the recent terrorist incident in London for which ISIS also asserted liability, one might reasonable consider events in St Petersburg to be retaliation for Russian airstrikes in Syria.

In 2016, the Guardian Newspaper reported that over a six-month period, Russian bombs had resulted in the death of approximately 2,000 civilians.

There is, however, reason to be cautious. Since 1999, Islamist insurgents from the Northern Caucasus have been accused of waging a terrorist campaign designed to achieve independence for a separate Islamic Caliphate within the region.

In 2004, CNN reported that Samil Basayev, leader of the Islamic International Brigade, had claimed responsibility for a series of "successful militant operations”.

The most notable of which occurred in February that year when a lone male suicide bomber killed 41 commuters on the Moscow subway.

Three years later in 2007 and again in 2009, a bomb exploded on the Nevsky express train between Moscow and St Petersburg.

On the second occasion the incident caused a derailment and the death of 27 passengers. Drawing similarities with yesterday, a second device was also planted leading to an additional fatality when it was detonated the following day.

In both instances, Russian authorities linked the attacks to Islamist insurgents from the Northern Caucasus.

In 2010, a Salafist jihadist group referring to themselves as Caucasus Emirate successfully carried out a bombing of the Moscow subway killing 40 and injuring over 100.

Two women from Dagestan, Northern Caucasus, are believed to have detonated the devices.

Acknowledging the rise of ISIS in 2012 and showing concern for the exodus of Islamist insurgents from Chechnya to Syria, then leader of Caucasus Emirate, Dokku Umarov, released a video rebuking those who had departed.

Following the death of Umarov in 2013, the group slowly declined and by 2014, several commanders had pledged allegiance to Abu Bakri Al-Baghdadi and the newly formed Islamic Caliphate.

Umarov’s successor, Aliaskhab Kebekov, called the pledge an act a betrayal and vowed to continue the secessionist insurgency along with Magomed Suleimanov.

Suleimanov took over from Kevekov in 2015 following his death at the hands of Russian security forces.

Just prior to his this event, Kebekov appointed Said Kharakansky as the new leader of the Dagestan branch (Viliyat Dagestan) of the Caucasus Emirate.

Of great significance is the claim of responsibility by Viliyat Dagestan for the 2010 bombing of the Moscow Subway.

In quick succession, the forth and seemingly final leader of Caucasus Emirate was Zalim Shebzukhov.

His short lived command, taking over from Suleimanov in August 2015, ended in 2016 when he was killed by counter terrorism police in his St Petersburg flat.

Did Shebzukhov recruit any potential suicide bombers last year during his time in St Petersburg?

With the seeming collapse of the Islamic State, it is worth considering that Islamist insurgents from the Northern Caucasus – in particular, Viliyat Dagestan, commanded by Said Kharakansky – carried out the St Petersburg attack to demonstrate that unlike ISIS, they have the capability to strike directly at their mutual enemy.

The question of greatest interest to counter terrorism officials in Russia will perhaps be to ask whether this is the start of a violent campaign using a clearly well-established modus operandi to attract funding from overseas sympathisers and fighters from Syria.