Women who run online businesses are less likely to be given funding or be taken seriously despite expectations that the Internet would level the entrepreneurial playing field. 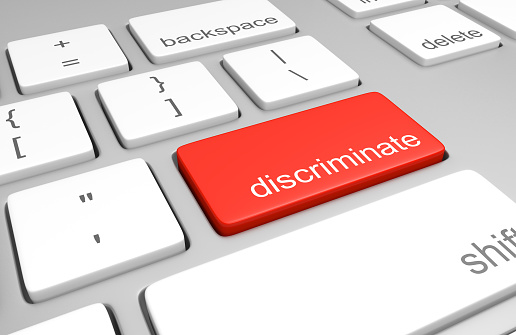 Challenges, according to research from Loughborough University, include overcoming unwelcoming business networks, securing important funding and battling social hierarchy in order to be accepted and taken seriously.

In an 18 month study, she looked at the experiences of 26 female entrepreneurs, all from a range of backgrounds, and varying resources, with a view to understanding the influences associated with their failure and success.

Dr Martinez Dy highlighted the tech industry in particular, where she said gender was a major factor in determining levels of success and failure.

She said: “Although there are some women who are successful in their digital enterprises, the masculine stereotypes associated with tech and entrepreneurship certainly work to women’s detriment.

“We are not always taken seriously when it comes to our ventures or digital ideas and we are statistically less likely to receive venture capital funding.

“Woman find it harder to integrate into high-ranking business networks, which tend to be dominated by men, and as a result don’t have the same access to opportunities.”

The study defined ‘digital entrepreneurial success’ as a business model which demonstrated sustainability, profit and which could be maintained or grown as desired.

Whether or not businesses were able to achieve this definition of success was found to be affected by the socio-economic background of the entrepreneur, which influenced educational and employment experiences.

"Other factors like gender and race also impacted the opportunities and avenues available to them.” She added: “What is often left out of the conversation about entrepreneurship is the fact that human and social capital are inextricably tied to social conditions and issues like gender, class and race.

“The opportunities people are given as a result of their families of origin, for example education, previous employment, the ability to be low-debt or debt-free – these all contribute to what they will be able to do in the future in terms of enterprise, whether or not that is online.

“Yes, the Internet does reduce some start-up costs, but it does not reduce all of them.

“It also introduces new costs and challenges that tend to go under the radar, and which people only find out about when they are trying to start a business online.”

These characteristic influences “warp” what is expected to be a level playing field for people from all walks of life, said Dr Martinez Dy.

And, she added, the established perceptions of the Internet – being equally accessible to everyone – should be redefined to reflect its dynamism and fluidity.

She suggested that the idea that everyone has the same digital opportunities once they have Internet access is not correct.

“There are some unspoken popular assumptions about the Internet, one of which is that it is universally accessible,” said Dr Martinez Dy. “This gives the impression that all one needs to do is ‘connect’ and they will have access to all the benefits the Internet has to offer.

“My findings show that this is categorically untrue – different people, with different human, social and financial capital, use the Internet in different ways, and to dramatically different ends.

“We therefore need to complicate our understanding of ‘the Internet’ – it is not a monolith, but a diverse and dynamic resource that can be leveraged effectively – or not.”

Dr Martinez Dy suggested that the same online obstacles were present in ‘real-world’ industry with many women in tech, science and engineering encountering identical impediments to those focused online.

She said: “There is also the tri-partite issue of employment in tech and related fields.

“In recruitment, for example, where there are low numbers of women entering into STEM subjects – at least in the West.

“The glass ceiling, where we see women being promoted only to a certain level and not to top management, and the ‘leaky pipeline’, or the vast numbers of women who leave their masculine work environments because of persistent sexist attitudes, policies and practices, which of course are compounded by racism and other intersecting issues of discrimination.”

However, she added: “Despite these challenging obstacles, there are still many successful women in tech, which is incredible in the face of all of these hindrances.”

Rebalancing the inequalities, said Dr Martinez Dy, could not be done by focussing efforts on the web alone.

A much more holistic and expansive approach would be needed which involves altering cultural and societal influences and instituting huge changes such as the redistribution of wealth.

She said: “The Internet is a technological resource that cannot by itself remedy the deep and lasting inequality that has been bred into the contemporary social world.

“Entrepreneurship was the first solution offered as a means to achieve this, and the gap between rich and poor has actually widened since the culture of enterprise was first introduced in the 80s.

“We need to make society in general more equal and key resources more accessible; to do so, I would look to more structural, instead of individual, solutions, like the redistribution of wealth from the top 1% to the bottom 99% of people, closing corporate tax loopholes, and bringing investment back into social programs, education, and the support of working people, especially mothers.

“These are the only ways that we will see real social progress made in the direction of equality and any hope of levelling out the playing field.”

Dr Martinez Dy’s paper on her study, entitled ‘A Web of Opportunity or the Same Old Story? Women Digital Entrepreneurs and Intersectionality Theory,’ was published recently in the organisation studies journal Human Relations.