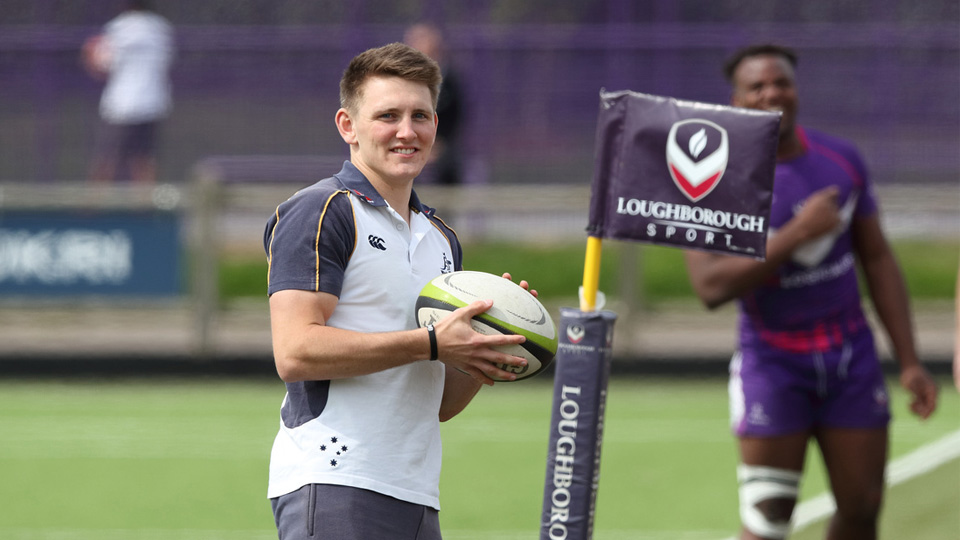 Loughborough University Maths student Will Edwards has today signed a full-time professional contract with the England Sevens squad, marking the next step in his blossoming rugby career.

Edwards, a product of Loughborough Students Rugby Football Club (LSRFC), has made a big impact in the sevens format of the game this year, winning his first England senior cap as the side took victory at the HSBC World Rugby Sevens Series in Vancouver.

After making a great impression in Canada, Edwards also got the call-up for the Singapore leg of the series, getting further points on the board as England finished third, beating Australia 14-12 in the bronze medal match. The 21 year old will now be optimistic about his chances of selection for the final two events of the season in Paris and London next month.

Having played for the England Academy in Kenya in September and again in Dubai earlier this year, Edwards was firmly on Head Coach Simon Amor’s radar, and has made the kind of impression required to make the jump from University rugby to full-time international.

Of the news Edwards said:

“I’m overwhelmed really! I hadn’t considered sevens as a rugby pathway until university and since my initial involvement I’ve loved every minute of it.   Having the opportunity to be part of the England setup has been amazing and I’m hoping I can continue to progress and thrive in a professional environment.”

“I am delighted that Will is signing for England Sevens. This is a product of Will’s immense talent and hard work but also reflects an excellent working relationship between Loughborough University and England Sevens that has enabled an adaptable and bespoke playing and training programme in order for Will to perform within the England Sevens pathway.

"As a University we are also very proud of the academic flexibility and support we provide athletes like Will so they can achieve their sporting aspirations coupled with a fantastic degree. I think this is a very good move for Will, and I genuinely believe he could develop in to a star of the world sevens game.”

“He has shone in his performances for the Academy this season and we are genuinely excited by how far he can go in sevens.”