Next generation of entrepreneurs recognised with prestigious awards 13 May 2015 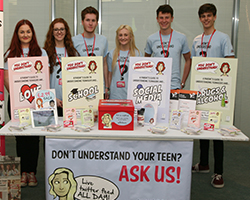