Scientists have discovered a possible driving force behind some of nature’s most beautiful displays paving the way for more complex and autonomous AI.

Researchers wanted to replicate the basic mechanisms behind some of the most highly organised patterns seen in the animal kingdom such as huge swirling starling murmurations and immense twisting herring shoals.

Groups like these, consisting in many cases of hundreds of thousands of individual animals, appear to move as if compelled by a collective intelligence, said lead author Dr Marco Mazza, a Lecturer in Applied Mathematics, at Loughborough University.

But in reality, could be down to basic survival instincts.

“The beauty of nature has inspired artists, philosophers, and scientists for as long as we can remember,” said Dr Mazza.

“The seemingly effortless harmony in the collective motion of migrating birds, or schooling fish defies explanations.

“Our aim was to obtain a minimal model for general features of self-organization in the natural, or animal, world.

“The principle of ‘maximize your options’ – a simple, almost trivial ambition – produces complex organizational patterns, known as the Goldstone mode, a concept familiar to physicists working on inanimate matter.

“This Goldstone mode is, in simple terms, how a giant flock of starlings can suddenly change direction collectively as if there were a central brain.

“But in reality, there is no core intelligence driving the behaviour.”

Dr Mazza and his co-authors, Hannes Hornischer and Professor Stephan Herminghaus, set up simple computer simulations of groups of particles – mimicking those found in the natural world.

They revealed that complex patterns, and the appearance of synchronised group behaviours, were created by each individual in the group responding in a simple manner to tiny influences from its closest neighbours.

In the model, each agent (individual) was given one goal – to maximise the future possibilities available to itself.

The resultant ripple of informational shaped the movement and apparent ‘behaviour’ of the group.

When the group reorganised into more complex formations, according to new information, it reassessed itself.

It continued gathering and exchanging information, and then reorganising, until the goal of maximising the space around each particle was achieved.

This process, not observed before, could be what drives the collective behaviour of large groups of animals, fish and even humans. 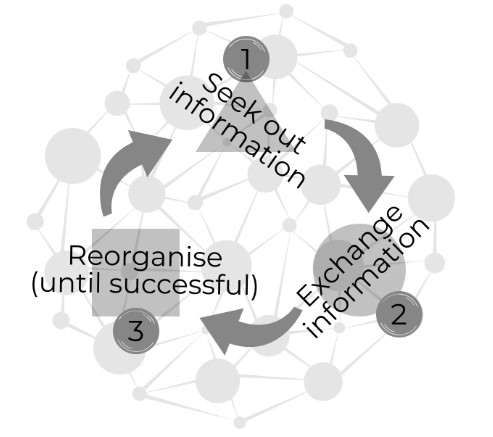 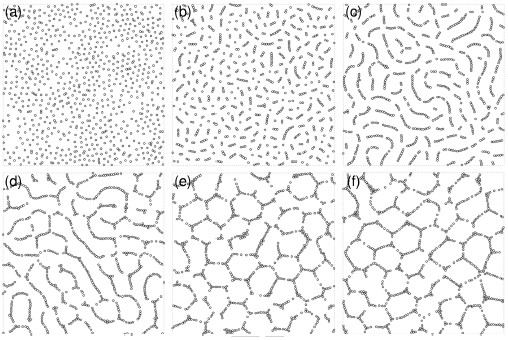 In nature, this single goal focus – for example defending against predators – is found in almost all creatures.

Dr Mazza said: “The current paradigm of AI relies too much on large amounts of data – large neural networks, for example, are greedy for training data.

“Such a strategy might already be showing some limitations. When faced with a new situation, current AI approaches require retraining and specific human intervention that costs time and money.

“A promising way to improve it is to develop methods that are able to process novel information just like organisms with brains do.

“The first step would then be to identify ways of processing information which is open to new inputs and can easily adapt.

“The approach in this publication has this potential because it is inspired by organisms that have adapted to process and resolve new challenges for millions of years of their evolution.”