More than half of Britain’s children are classed as growing up in poverty in some of the poorest areas of the UK.

A report published today by the End Child Poverty coalition, with the research carried out by Loughborough University, highlights the most impoverished areas in the UK and the greatest rises in child poverty.

It not only shows that child poverty is at its highest in big cities, such as London, Birmingham and Greater Manchester, but that it is also rising fastest in these areas.

The figures, calculated by Loughborough’s Centre for Research in Social Policy (CRSP), indicate that 500,000 more children are having their lives limited by poverty today than at the start of the decade. 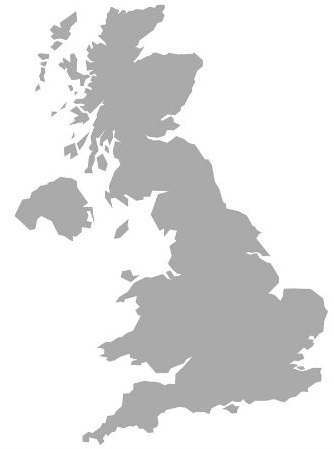 Click on the map for figures from your area

CRSP director Professor Donald Hirsch said: "Child poverty has been rising sharply in the present decade, reversing the reductions made in the 2000s.

“The Centre for Research in Social Policy has drawn attention to the serious impact this is having on local communities.

“It has produced the most authoritative estimates to date of how many children are in poverty in local wards, local authorities and parliamentary constituencies.

“In some of the worst-hit parts of the country, child poverty has been rising especially fast.

“Places like Tower Hamlets in London and parts of large cities such as Manchester and Birmingham are especially hard hit, with the majority of children experiencing family poverty in some areas.

“These are communities where the effects of recession and austerity have hit particularly hard, and families are struggling to give hope to their children.” 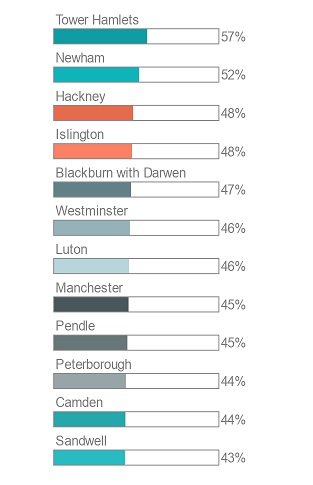 The End Child Poverty coalition is calling for the major Parties to outline ambitious child poverty-reduction strategies as new data published today shows that child poverty is becoming the norm in some parts of Britain, with more than 50% of children living trapped in poverty in some constituencies.

The report found that poverty was highest in the biggest cities in the UK. Credit: Getty

Anna Feuchtwang, Chair of the End Child Poverty coalition, said: “We know what causes child poverty and we know how to end it.

“We know that the income of less well-off families has been hit by severe real-terms cuts in benefits and by higher housing costs.

“And we know that work alone does not guarantee a route out of poverty, with two-thirds of child poverty occurring in working families.

“Yet in many areas growing up in poverty is not the exception it’s the rule with more children expected to get swept up in poverty in the coming years, with serious consequences for their life chances.

“Policymakers can no longer deny the depth of the problem or abandon entire areas to rising poverty. The Government must respond with a credible child poverty-reduction strategy.

“The Government’s own data shows that child poverty in the UK has been rising steadily in recent years. This just isn’t right.

“Growing up in poverty means growing up trapped. It restricts a child’s chances of doing well at school, of living a healthy and happy life, and of finding well-paid work as adults. We urgently need Government to set a course of action that will free our children from the grip of poverty.”

End Child Poverty is calling for the Government to set out an ambitious and credible child poverty-reduction strategy, including: