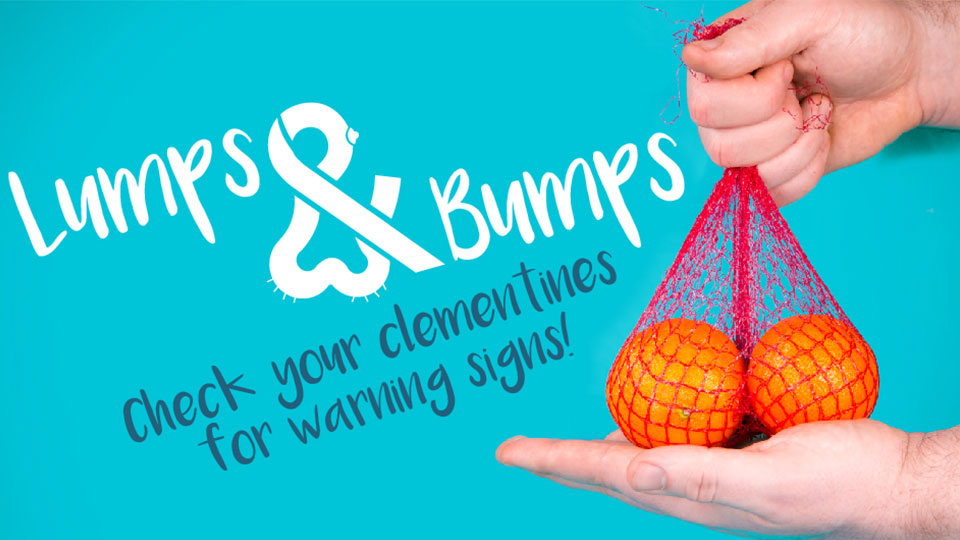 Loughborough University, Loughborough Students’ Union and CoppaFeel! are joining forces this March for an all-day event that looks to improve early detection rates of breast and testicular cancers by encouraging people to learn how to self-check.

Breast and testicular cancer are becoming increasingly recurrent within the UK and worryingly, many adults confess they still don’t know how to check themselves for the signs and symptoms of these life-threatening illnesses.

There’s a good chance of recovery if breast and testicular cancers are detected in their early stages, and regular self-examinations play a crucial role as they help people become familiar with their bodies and therefore more likely to detect anything unusual, such as, but not limited to, a lump.

On March 20, there will be multiple ‘pods’ across the Loughborough campus leading training sessions in which staff, students and the wider community can learn techniques - or refresh their existing skills or knowledge – for conducting both breast and testicular self-checks.

It is hoped training male, female and non-binary attendees in both types of self-examinations will lead to them passing knowledge onto friends and family members of all genders, extending the reach of the day.

The ‘Lumps and Bumps’ event aims to provide training to more than 1,000 people over 12 hours and raise awareness of the vital work of CoppaFeel! and other cancer charities.

A number of staff, students and alumni are supporting the event and encouraging people to attend by sharing their experiences of breast and testicular cancer.

Alumna Sarah Dixon, who graduated from Loughborough University in 2007, is backing Lumps and Bumps as she was diagnosed with breast cancer in 2017 at the age of 33 and has had to undergo seven months of chemotherapy, three surgeries and five weeks of radiotherapy.

Sarah admits before her diagnosis she had “zero idea of breast cancer” and didn’t self-examine. She only became aware of a lump after her dog jumped on her chest one evening and she felt a sharp pain.

Sarah has used her blog Working Girl Life to share her story and highlight the importance of self-checking and she has raised more than £18,000 for breast cancer charities and the hospital she was treated at.

Of Lumps and Bumps, Sarah said: “It’s a brilliant event and if something like this was on when I was studying here 10 years ago, I’d have known a lot more about breast cancer.

“I would have been far more informed and if I’m informed, my best mate is informed, their mates are informed, their friends are, and that’s what we need to do. It’s word of mouth and the more people that know about self-checking the better.

“An event like this is hugely important as awareness really is paramount.”

Margaret Rose, an Accommodation Consultant at Loughborough University, and her son Phil are also backing Lumps and Bumps.

Phil was diagnosed with testicular cancer at the age of 17 after finding a small lump during a self-examination.

He made self-checking part of his daily routine after being inspired by campaigns involving Robbie Williams and Denise Van Outen highlighting the need to do so.

As a result, he caught the disease at an early stage, and he hopes sharing his story will drive home the importance of the event.

Phil said: “I think events like Lumps and Bumps are very important. I’m a prime example that when you do check you could find something, but the earlier you find these things the better it is for you.

“I think a lot of young people don’t check for whatever reason, the awareness needs to be higher and I think a university hosting an event like this is great as it gets the message out to students and beyond.”

Margaret is also sharing her perspective in a bid to encourage parents to talk to their young adult children about self-examinations.

“I’m a mother of three boys and I wish I had known more”, she said, “I believe it’s important that parents educate their children on the importance of self-checking and encourage them to talk openly about these topics.”

Andy Stephens, the University’s Director of Finance, is one of the campus’ Lumps and Bumps advocates and says his role as a volunteer Community First Responder with East Midlands Ambulance Service has highlighted to him how important it is to self-examine.

He commented: “I occasionally meet cancer patients, often in the later stages of their fight, who say how they wish they’d tackled a problem sooner.

“That’s why it is so important that we all learn how to spot the lumps and bumps that might be early signs of cancer and then have the confidence to go and see our doctor.”

The running of the event will be supported by representatives from CoppaFeel!, who will be on campus with their ‘BoobMobile Belinda’.

Phoebe Lazell, Uni Boob Team Manager and Student Fundraiser at CoppaFeel!, said: "We are so grateful that Loughborough University are dedicating time and resource to educate students on the importance of getting to know their bodies at a young age.

“As an awareness charity, aimed at young people, we are looking forward to empowering as many students as possible to feel confident about self-checking and equip them, so they leave with a new, healthy, and potentially life-saving habit.

“We hope to get everyone at Loughborough Uni to start coppin' a feel of their boobs and pecs."

For further information visit the Lumps and Bumps dedicated webpage.