Outdoor learning gives children the opportunity to develop important skills not taught in the classroom, such as negotiation, resilience and independence, according to a new study. 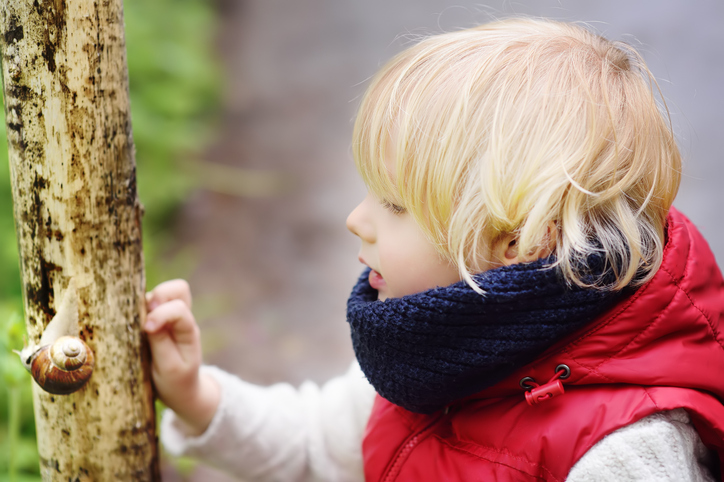 Research into Forest Schools – hands-on experiences in woodland or natural environments – has found that youngsters develop important traits, such as social and environmental responsibility, which prepares them for later life.

The paper, published today in The Geographical Journal, reveals that learning outside the classroom can provide children with a sense of freedom and influence their attitudes towards learning whilst also enabling them to develop important skills that are valued by employers and work cultures.

These include social skills, confidence building, problem solving and creativity.

The one-year study carried out by human geographer Dr Helena Pimlott-Wilson and Dr Janine Coates, a lecturer in Qualitative Research Methods, both from Loughborough, looked at two mainstream schools in the East Midlands that are incorporating Forest School methods.

The findings show that Forest School can counteract the institutionalisation of mainstream settings by offering children alternative forms of more informal learning in outdoor environments.

The research also reveals that these softer skills are potentially overlooked in the current National Curriculum.

For example, when asked if soft skills are valued in the curriculum, one Reception teacher said: “Problem solving and creativity? Nowhere near as much as they could be…

“I think they’re valued in the workplace more importantly, aren’t they, it’s employers, it’s life skills as grown-ups… it probably doesn’t get as much value in the curriculum as it could, but it doesn’t mean just because the curriculum doesn’t understand it’s important, doesn’t mean it’s not important.”

Another teacher said: “They [children] probably don’t see it [Forest School] as your typical learning, what they perceive to be learning, because they just see reading and writing and maths as learning probably…

The children were asked about their perceptions of classroom learning, outdoor engagement and Forest School experiences in the weeks following completion of Forest School programmes.

Their answers show that the role of learning in the classroom is rationalised not as part of childhood, but as part of a longer-term strategy towards a self-reliant adult future.

Children recognise that Forest School provides them with an environment where they can gain useful knowledge in a hands-on, playful manner.

However, the divergence from established approaches in mainstream school made it difficult for some of them to frame this knowledge as ‘educational’, and the perceived division between informal and formal learning was very pronounced.

One Year 4 student said: “Well, at school you’re like learning indoors and you’re writing in books… in Forest School it isn’t really learning, writing in books; it’s like being outdoors and learning how to build dens for example and it’s quite different I’d say.”

Another Year 4 student said: “So, it’s [Forest School] not like all tense and lots of questions and then lots of like right answers and wrong answers and different things, and it’s nothing like a normal school, it’s just amazing.”

When reflecting on children’s attitudes to the learning that took place in the forest, teaching staff positioned Forest School as an antidote to the writing, work and future orientated character of classroom-based learning, and this came through the children’s interviews as well.

The research has prompted crucial questions about which pupils are able to benefit from informal and blended learning environments.

Some school staff felt that their ability to fuse mainstream teaching with alternative approaches was a function of the school’s positive Ofsted ratings.

School staff felt that it was more difficult for schools with less positive Ofsted ratings to offer activities like Forest School.

This means that children who already benefit from being in well-performing schools have the potential to access a further diversified curriculum, while those in schools considered less successful may not be able to benefit from this broadening of educational experiences.

The Geographical Journal is published by the Royal Geographical Society, in partnership with the Institute of British Geographers.

Dr Pimlott-Wilson and Dr Coates have written about the benefits of Forest Schools in the Conversation.