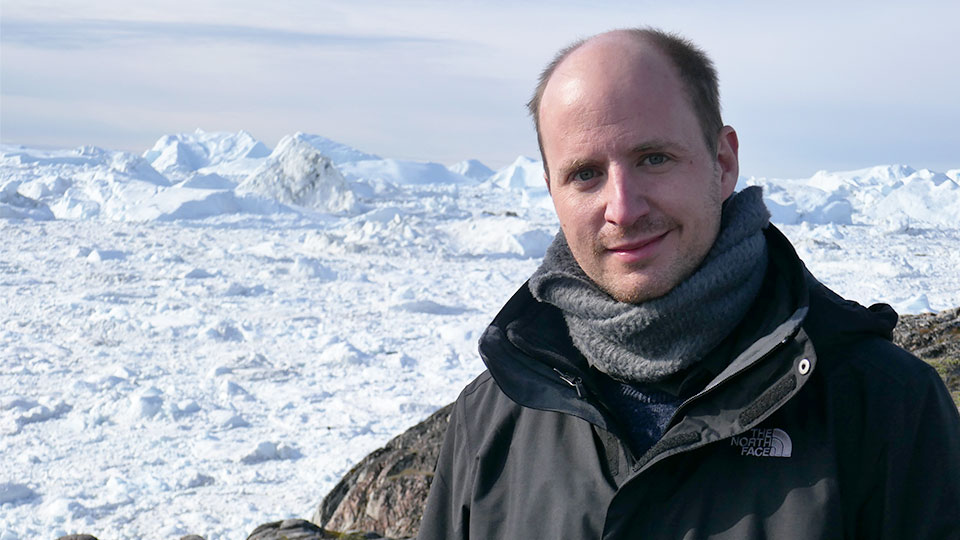 He has been awarded the Politics and International Studies Fellowship by the School of Social Sciences to pursue a range of research interests and support the work of a number of academics from across the University.

The group, which promotes awareness and understanding of all matters relating to the Arctic and Antarctica, has become one of the most active in Parliament under his directorship.

He was previously a research analyst on the Climate Change and Security Programme at the Royal United Services Institute – a world-renowned defence and security think-tank – and he remains an Associate Fellow of the Institute.

He has provided advice and expertise to the Foreign and Commonwealth and the Ministry of Defence and served as special adviser to the House of Commons Defence Committee during its inquiry on ‘Defence in the Arctic’.

He is also a member of the UK Arctic and Antarctic Partnership Steering Committee having joined in 2017.

Dr Depledge has an interdisciplinary academic background and received his doctorate from Royal Holloway, University of London, in 2015.

His thesis was on contemporary developments in British policy towards the Arctic and this research was subsequently used to inform his first book ‘Britain and the Arctic’.

Professor Nicholas Clifford, Dean of the School of Social Sciences, said of Dr Depledge joining Loughborough: “This appointment breaks new ground for us in our approach to policy-relevant research and its impact.

“Dr Depledge brings strategic vision and connections at the highest level – we are truly delighted.”

Of joining the University, Dr Depledge said: “I’m excited to be joining Loughborough and look forward to working with colleagues in Politics and International Studies, and more broadly across the School of Social Sciences.

“My remit is to add to the exciting and innovative work which already characterizes Loughborough University and I especially look forward to contributing to the new MA in Security and the work of the University in shaping and forming public policy.”

He continued: “My particular research interests are in polar geopolitics, and increasingly, ocean geopolitics and security.

“As I pursue these interests, I am delighted that I will have the opportunity to work with Professor Caroline Kennedy-Pipe and other esteemed colleagues from across the University.”