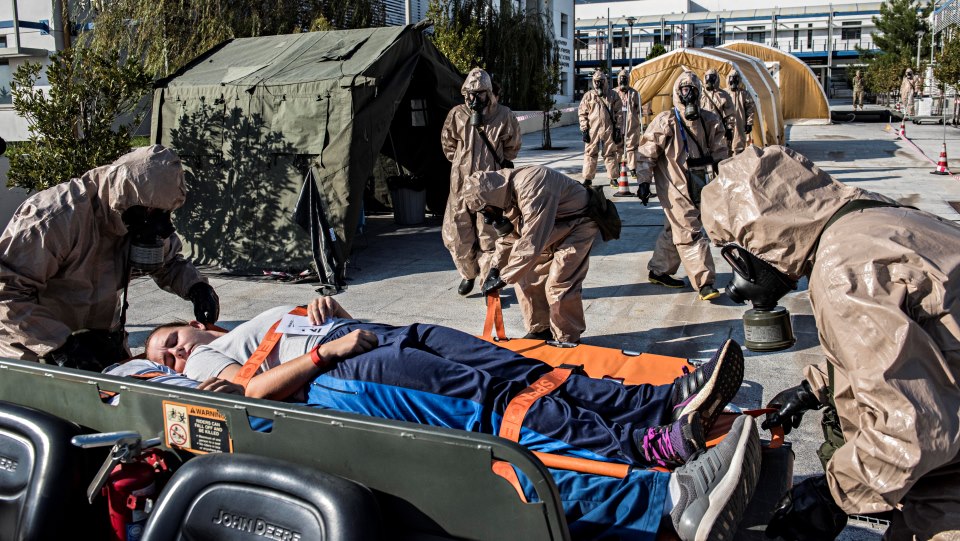 The trial marked a key milestone for the international TOXI-Triage project, a Loughborough University led study that seeks to revolutionise the way the world tackles life threatening CBRN events.

In partnership with Greece’s Ministry of National Defence, the TOXI-Triage project team – which is led by Loughborough’s Professor Paul Thomas – travelled to Athens to test how the new technologies would work in a crisis situation.

For the trial two CBRN decontamination triage lines were set up by the Greek military and, following a simulated chemical incident, casualties contaminated with a substance were sent for assessment.

The technologies being assessed included:

Speaking after the event, Professor Thomas said: “The field trial was an incredible achievement. It was the first time ever so many new advanced methods and technologies were combined to tackle a simulated CBRN crisis.

“The data we have been able to collect will be invaluable in ensuring these technologies and systems continue to evolve, and ultimately become the tools used by emergency responders across the world.”

The TOXI-Triage team will travel to Finland in May 2019 to carry out a further field trial. Further information about the project can be found here.